I run a business from my office at home in Chicago...I am starting to build out a decent size team now, when before all my help was from Independact Contractors (Virtually).

I have been looking at some office space.

Here is a cliff notes version of what's going on:

I need an office where I can shoot Youtube Videos (Twice The Speed TV)...My videos consist of workouts for athletes so I would need to put down some turf and rubber flooring to bring some weights in there.

I don't know whether I should try to lease something (short term) or just buy something (like an industrial Condo) and then fix it up to how I want.

I have the capital to do either, so I am just wondering what would the ideal approach be if I am looking to get an office in Chicago.

my 2 cents:  at first glance they seem to be connected but they aren't.  Lease to run your busines and make sure you can use the Off Space as you intend to do so.  Easiest and cheapest.   Find the best place to accommodate your business.  Try to get (and you should be able to) FSG. Full Service Gross,  not nnn-not for office

Buy an OfficeCondo???   They make poor investments, and yes you now are an investor, unless you can get in real cheap.  Think exit plan.  If you could buy a four to say a six unit office building and then you are a tenant, imo that w/b better (makes better business sense-single unit investments make lousy commercial nvestments, low roi).   That being said, find a closed down run down free standing restaurant building, and buy that (low offer). I have seen these denny's and baker's squares shut down and the owners try to re-lease and they sit vacant for a long long time since they try to find another restaurant to go in.  Find one of those that has been sitting on the market for lease or for sale for awhile.   Make a low offer to the owner.  We just had this done in our area (Sac).  A mexican rest went out of business, the property was foreclosed on, sat vacant for sale for years and someone just bought it cheap (but not as cheap as I would have...).   I tried to convince several dentists to buy the property but they just didn't see it.  The new owner/investor is now reconverting it to four office suites, 1000 sq ft each.  You could do that and you lease one unit to yourself and immediately you w/b 25% occupied.  Just sayin'...

That is great feedback!! An option I didn't really think about.  I am not a seasoned Real Estate Investor...just own my condo, but have never done anything else.  Thanks for the response!

I don't know if this exists in Chicago, but I used to work in a building in Oklahoma that might work for what you want.  It billed itself as a "business park", but it wasn't full of big-box commercial.

From the street, the building looked kind of like a strip mall - long one-story building, overhang roof with signs on it, plate-glass windows, glass doors, individual "stores" about 15-20 feet wide.  But, if you went around to the back side, each "store" had a roll-up garage door on it.

When you went in the glass door from the street side, there would usually be a drywalled office room or two in front, next to the windows.  Next back was a small bathroom.  Behind that, it was up to the tenant.

The unit I worked in had drywalled offices almost all the way back.  There was a "closet" door in the back, and when you opened it, you were looking at the back of the roll-up door.  There was a plumber in one of the other units; he had a couple of offices up front by the windows for doing paperwork, and the rest of it was in "garage" finish - no partition walls, shelves and racks up against one wall, and enough room to pull one of his vans in and load it up with stuff for the next job.

For your needs, you could put the computer(s) up front in the "office", and then finish out the "garage" part in back like a gym.

Alternatively, get a big self-storage space that faces south, put down the turf and rubber mats in there, and shoot videos when the sun is shining.  :D  (Self-storage places either don't have electricity or have one bulb on a timer in the center of the ceiling - not so great for shooting video.)  Take the cameras home and edit the video together on your PC.

I hope this helps!

@Jack Cascio  This was always a big question in the boom 2004-2008.  A business owner found it sexy to own their own building/space but when it came time to make adjustments during the down turn or as their business grew or shrank they were handicapped by the building they now owned.  I believe you should make a decision like this thinking as the business not the real estate investor.

Owning a commercial building right now in Cook County is really tough based on the property taxes too especially a size you might need 20k or smaller.  Office and Industrial condos converted or built in the 2000's come with price per square foot sometimes as high as $8 sq ft even when you might buy it at a deep discount contesting to get them lower is tough.

We owned up until 2008 when we did a sale lease back right before the crash...just in time.  I do love the flexibility that I can up and leave at anytime for any reason.  I am just a short lease buy out or early exit negotiation with my landlord from being freed of that part of my business if needed.

When more note when any organization owns a building it takes focus away from the core business.  I have seen this over and over again. 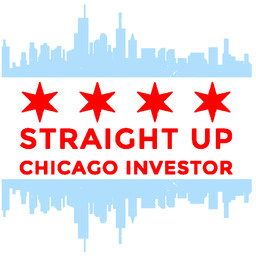