I've used it recently. The company that Im interning for uses it every single day as one of two main programs and they are closing on 8-10 properties per week. I essentially use it to find best available comparables and it has been excellent for that so far!

I've used it mainly to pull leads. However, I am considering using a different service starting next month. Overall, for the monthly price, it's a great value.

That being said I have not used their skip-tracing or mailing service.

1. Many properties in a recent list we pulled had actually been demolished (Baltimore, MD)

2. When I asked a couple of months ago, there was no option to remove duplicate mailing addresses. So these would all count towards the total amount of leads you could pull per month AND then you had to spend the time removing the duplicates yourself. I'm not sure if they have corrected this issue...

Like I said, I'll likely be trying a different service next month. I find it most helpful for checking public records for whether a mortgage is present or not or checking for public lien records

@Melanie Hartmann  what other programs are you considering?

@Jacob Martin , what other main program do they use besides propstream?

@Jacob Martin, what other main program do they use besides propstream?


@Melanie Hartmann what other programs are you considering?

That's a great question! I had used REIPro in the past but I'm not sure which ones I'd be looking to try in the future. Were there any you were considering?

Following for responses, any have experience with PropStream in the Philly area?

Also following for responses. Anyone have experience with using PropStream in Charlotte area?

This means, in order to make it worth while, a cash buyer would need to acquire the deal for $228k or less. The Kid was offered this property for $124,500 from a dude that clearly owed money to like a leg breaker and needed to liquify stuff fast and the kid denied it. So If he was educated in this, and knew how to calculate let's see his return with A MAO if $228k, and acquiring it for $124,500 would = a $103,500 profit to be made and was past on. I months later snagged the. home quickly and knowing this guys desperation closed within 24 hours for $155,000 and the same day resold for $226,500 making me $71,500 minus 1% transactional funding and about $6500 of closing expenses with a check cut for $64,285.00 and deposited in my bank on Friday 7-10-2020 I almost tried asking the Seller the kids email so I can tell him how dumb of a move that was and was honestly going to cut him a side check out if my profit for $15,000. Why? Because I like seeing people succeed! I decided not to because of his rude demeanor described by the seller, and him running off while the seller was out back opening bulkhead.

Point of this rant is, learn the methods and the reason why this stuff works. Learn to talk to people instead of through text and email.  And know how to calculate numbers ! You could be way too high which nobody will want it anyway or you will leave thousands of dollars on the table. 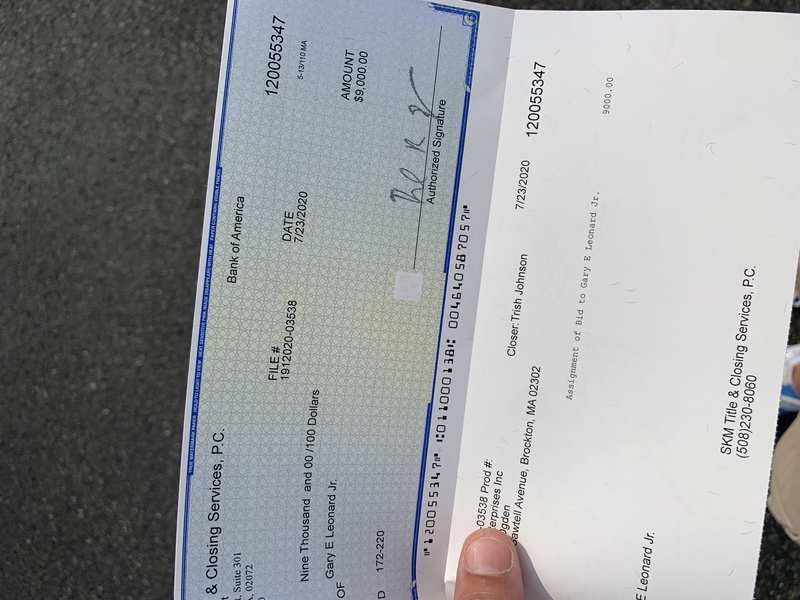 So without the proper knowledge, knowing how to calculate, proper marketing, and people skills, any kind of software would be deemed worthless.

Propstream is a great tool to pull comps and do market research for SFR. My assistant and acquisitions team uses it to do preliminary underwriting.

If you don't have MLS access, I'd recommend using Propstream. It pulls in MLS & public record data and lets you comp out properties. It does break down when you start looking beyond SFR, but for most users, it will be more than adequate.

I can't speak to the other marketing features of Propstream as we don't use them.

I use Propstream daily but I have had some huge major issues with it. It's great when it works, but when it doesn't, it's a huge pain in the #$%!

1) It is lacking some major basic filters. Want to filter out properties that have been on the MLS in the last set number of days? Nope. Because, for some reason, MLS listings that have been sold are being marked as failed, it adds these to lists that I don't want. Now I have an excessive amount of properties on my lists that were sold recently and I can't filter them out.

Along with this, if a property sold on the MLS recently, even though it says sold per the MLS listing, the filter for length of ownership doesn't pick it up and I get more false properties that say it was owned for a long time. If the sale isn't older than 1 month, it doesn't pick it up.

2) The customer support is meh. It sometimes takes forever to get someone on the phone. They need a dedicated chat support so I can go through problems I’m having with them in real time.

3) They have no feature request form. This is basic. And if you do send them an email asking about a feature request, you get no response that they even saw it.

4) Every property you save has a contact associated with it in a “Contacts” section. If you add a property twice (say from a different list), it makes another contact for the same person and property. And since your mailing campaign is based off the contact info, now you have two (or more) copies of the same contact info to edit.

There a few more annoyances that I have but this is getting long as it is. I do have one last one that is a major problem and has me reconsidering my subscription:

The postcards that get sent in their mailers DO NOT look like the postcard you proof before ordering. We sent 1000+ postcards and when we got a returned one, it had my real first and last name on the return address. In the proof it did not have that at all. I did not want that on my postcards. Not only that, when I called them and talked to them about it, they did NOTHING to remedy the situation. No future discount! No partial refund! Basically, just a “Sorry we gave out your private information but we refuse to make it right.” And that was coming from the VP of the company. They said they would look into it to prevent it in the future but, I have heard nothing back to know if they fixed the problem. I am hesitant to send out cards again because I don’t know what I will be getting. Buyer Beware.

It’s a double-edged sword. Right now it is the best thing out there for what I need, but I sometimes hate using it. Until something better comes along, I’m stuck with it.

If anybody wants more information, feel free to PM me.

Log in or sign up to reply
Related Resources Real Estate Crowdfunding Forums
SEC Proposes New Rules on Finders Fees & Commissions for Crowdfunding
Crowdfunding: A New Era of Fairness and Efficiency
5 Reasons to Utilize Your Equity & How to Safely Invest It
Mortgage Lending During COVID-19: What Homebuyers Need to Know
How I Raised Over $1 Million During a Pandemic—& How You Can, Too! (Part I)
Resources Read, see, and learn more!
Real Estate Investment Calculators
BiggerPockets Blog
Path to Purchase
Mortgage Loans
Find a Contractor
Real Estate Agents
Hard Money Lenders
Real Estate Listings