Discussion: Jumpstart Germantown: Improving Communities One House at a Time

Ken founded and operated Cresheim Cottage Cafe from 1996 until 2004 and now owns Trolley Car Diner, Deli and Ice Cream Shoppe in Mt. Airy since 2000 and Trolley Car Cafe in East Falls since 2010. His third restaurant, Trolley Car Station, in University City, is slated to open July, 2018.

Previously, Ken served as Chief of Staff for Philadelphia City Councilwoman Happy Fernandez from 1991-1995 and currently serves as President of the Philadelphia Housing Development Corporation (PHDC), as a Mayoral appointee, and Chair of the Mt. Airy Business Improvement District which he co-founded in 2007. Ken is Founder of the Trolley Car Teacher’s Fund, which contributes $25,000/year in grants to public school teachers, Trolley Car Table Tennis Club, the only full time table tennis club in the Philadelphia area and Jumpstart Germantown, which trains, networks and provides funding to aspiring real estate developers. Ken was an Organizer/Board Member of Valley Green Bank for 8 years until it was sold to Univest Bank in January 2015.

Ken’s mission is to revitalize neighborhoods by renovating vacant, deteriorated properties along Philadelphia’s commercial corridors. He believes that you can do well by doing good.

**Non-DIG members may attend ONE event for FREE. ALL subsequent events require a payment of $25, unless you become a DIG member. NO EXCEPTIONS! 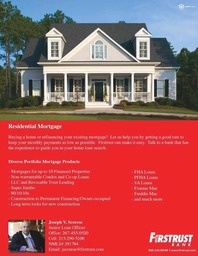