So, this is going to turn out to be a short diary unfortunately, as the deal recently died. Still, might be instructive - and at least maybe some of you can commiserate.

An ex-hoarder house, a 3/1 in Urbana, was listed for $37K and I got it under contract for $35K. ARVs in the area would make this likely an easy sale at $59K, although it would still cash flow as a rental with my conservative monthly rent of $650 - so two exits (always a good decision). I estimated the repairs at around $10K. Pretty much just new carpet and paint throughout, some much-deferred yard cleaning and a small amount of roof work. As we approached the closing, the junk still hadn't been cleared out and the seller found termites. Not a big deal, we agreed to escrow the treatment cost.

The bad news came when the lender's appraisal failed - the appraiser had done some strange things which eliminated 90% of the comps in the area - so we worked to bolster our case. I asked my roofer to write an estimate for the repairs needed (as that was the largest issue the appraiser hammered in his report) and he unfortunately discovered some issues. My $1500 estimate for repairs became a $6000 estimate for a new roof. Well, the deal still had some meat left, but the bank wouldn't commit. I tried another lender, but couldn't get them to act with urgency, and we cancelled the deal.

Overall, I think I'm lucky it came out the way it did. The economics of the flip were getting worse and worse, and this property is outside my target area (I'm a buy-and-hold investor, but in Champaign - for sister cities they're really quite different). Turns out, I have an offer in on something much more my speed as I write this, so I'm very glad I'm not in the middle of a difficult and costly flip. Lesson learned: Stay flexible and keep moving!

Sounds like this one was a blessing in disguise.  With the property being on the low end of the Champaign/Urbana spectrum and your repair budget being tight any unforeseen repairs would have quickly put this project profits in the red.  Are you sticking to Urbana or a certain farming area for your property searches? 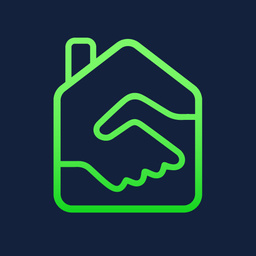 It's looking more and more like a very good thing the deal didn't work.

I'm keeping it local (to Champaign/Urbana) for now - but with a strong preference for Champaign because of the lower taxes. Also, because I have a preference for buy and hold I want to concentrate my portfolio in as small an area as possible. Really key in on a sub-market. Wouldn't turn my nose up at a great deal anywhere, but that's where I'm focusing.

But for now, I'm shifting focus to building cash - don't know the method I'll use, but likely wholesaling. If all goes well (I'll do another deal diary soon) this year I will have gone from owning my residence to having three rentals and my residence in one year. Need some time to pay down loans, digest those properties and rebuild my cash reserves.

I believe I know exactly what property you're referencing. I walked through it a couple times before it was listed. Did you ever have the mechanicals checked out? I was curious as to the 1) roofing cost and 2) mechanicals condition. A lot of the rest of the house appeared to be largely cosmetic updating. Yard work would have gone a long way as well.

Interesting to read your updates!

Wanted to post a quick update to this. Turns out this deal falling apart is the best thing that could have happened.

Instead deployed my available cash into a property in my target area with an in-place renter, which was cheaper than the flip property. Kept to my strategy, saved cash out of pocket and didn't strain my skillset. I'm pretty pleased - now on to the next one!

@Shawn Q. It sounds like you have a good attitude about this which we know is key to success in the end. Your next win will be so sweet. Keep moving!

@Shawn Q. My apologies, I read 11 days ago but it was months ago this happened. Sorry! Good on your for sharing the lows and not just the highs. Have fun.

@Shawn Q.  @Anthony Hornbeck  Hey Shawn & Anthony how's it going? My name is Josh Freeman and I live here in Tampa, FL. I'm originally from Rantoul, IL and have been living in FL for 7 years now. I began getting into the industry here in Tampa and have been considering Champaign County more and more. Rantoul, Fisher, St Joe, Mahomet, Champaign. Would you be able to give me any insight on how the market has been up there? Most interested in buy and holds in the area. I've seen some good deals go through the Champaign County Sheriff Sale recently. I sent my mom there yesterday to bid on a potential rental in Rantoul. Hope all is well!

Honestly I would avoid rantoul. That area is far enough from champaign that it's not treated as a bedroom community, and there are some possible problems with the water from the decommissioned chanute Air Force base. Rents aren't strong.

Mahomet is a better bet if you want to stay out of champaign, but the buy and hold possibilities are just as good in champaign/Urbana proper.

Between the two I lean in the champaign direction. Taxes in Urbana are much higher and rents aren't any higher. Also, economic growth is better in champaign (though this is less of an issue now than 5-10 years ago). Buy right in champaign and you can cash flow nicely. But don't buy for appreciation in rental markets - we don't grow enough to make that a viable strategy (at least in the rental neighborhoods I've looked at). Hope that helps!