Imagine standing at bat in a baseball game, and with your ambitious thoughts all you can think about is the one perfect hit you need to win this game. With all eyes focused on you. The pitcher is looking at you thinking of ways to strike you out, while the bases are full of your teammates awaiting their fate to cross the home plate. Noise from the stands flood your ears like crashing waters from crushing tidal waves, drowning out your own thoughts. Pitcher winds up, ball is pitched and released. In that moment, between location of the the ball and it’s destination, you suddenly see the price you have to pay for the hit. This is what my first swing at investment real estate was like.

Less then a year ago, I set my sight on getting into the game known as real estate investing. Like any new participate to the sport, I begin my journey researching the ins and outs, and both inquiring and conversing with those who where either currently or “once was” in real estate industry. After a while I begin to take the education, knowledge, and wisdom I had obtained and craft a strategy to at least compete in the game.

Starting with myself, I had gotten all my ambitions, passion, and energy (Hitter #1) to support and believe in the venture I was pursuing. I understood that the only way this game could start and finish with me victorious was with me. Next, I begin to talk to family and friends about what I was getting myself into. Considering the scrutiny, fallacy “good lucks”, and mild support, there were those who truly knew I could be a contender in this industry. However, it wasn’t until mentors combine with close support (Hitter #2) took the next swing at bat. This was becoming great momentum and I was determine to win. It wasn’t until Hitter #3, my finances, begin to bring the play of doubt onto the play field. Two strikes in, I had realize my savings was no match for the pitcher’s throw. I hadn’t saved a whole lot nor did I have family or friends who were willing to risk the amount needed for the venture. Incredibly enough, it wasn’t until my finances merge with an investor. The power of them both were sure to at least get a base hit. AND IT DID!

Bottom of the last inning, bases are loaded, and here I was at the base to see I was in a position to close out my first deal. Everyone was in take off position to run home. The final price was thrown and with a swing of the pen, I had won my first deal in the game of real estate. Excited like any rookie in veterans sport should be, I had started with a win that has created momentum to build a financially strong franchise.

I learned a lot from this deal and those who helped me with it. Many times all I could think about was knocking the first deal out of the park. However, the true victory was when I took my time and allowed all the components (hitters) take a base that I could see the grander prize in the the win. 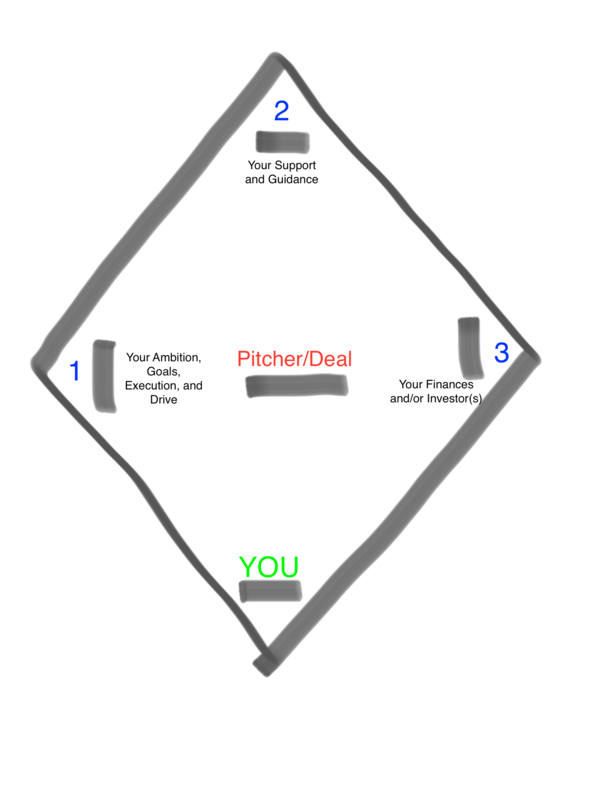