Minneapolis approves    I understand their intentions, but I don't think this is a great idea.

This is a horrible idea. All this is going to do is drive investors out of the city, thus driving up rental prices as fewer will be available. Simple supply and demand issue.

Instead of doing this, they should have incentivised builders, developers and investors to create more affordable housing units through tax benefits.

This is not going to create more units, it's going to have the opposite effect!

Next thing they do do is to put in rental control, to bring the housing prices down. This will have the same effect...chasing investors out of town!

There's a reason I dont have any units in MPLS. This just confirms my thoughts about investing in MPLS!

Agreed, it is not a good idea, however,the ordinance itself does not, in fact, prevent "tenant screening' at all. It puts limits on what a landlord may or may not use in approval/disapproval criteria. (Excerpt below). To me, as long as the criteria one uses to screen is applied equally to all applicants, and is in line with HUD guidelines, these municipalities should keep their collective noses out of our free enterprise business.

"The renter’s protection ordinance prevents landlords from using old criminal or housing records to deny applicants. Specifically, an applicant cannot be denied if they have a misdemeanor conviction older than three years, a felony record dating back seven years, and more serious offenses that occurred 10-plus years ago. Landlords also lose the use of a credit score during the screening process and there is a new cap on security deposits at one month’s rent."

BiggerPockets
The one-stop-shop for REI
Find Investor-Friendly Agents in Minneapolis
Work with an agent who understands your needs as an investor and helps you find the best deals.
Find Your Agent Now

All altruistic rhetoric aside.

The local government probably doesn't want the "Screen Failures" to move out of it's district and somewhere else where screening is less.

Because these "Lower Screening" areas do exist.

There are successful owners in other areas on here who screen very little, or in unique ways. They separate the "really bad screens" from the "less bad screens" and make money doing it.

And the really bad screens also are housed elsewhere between jail sentences--some call them War Zones or F areas, (and there are people in here that make money housing them in those areas also).

So it's probably not a housing issue in the areas we see this happening, as much as it's the local government not wanting a particular segment of their population to move away to (Suitable Housing) in another area--where they will lose Federal Financial Income for themselves and those who "Contribute to their campaigns" (and give them other perks in life to do their bidding).

Areas like this typically have homeless populations (who actually need housing), but the local governments seem to do very little to house these people in a decent respectable manner, instead choosing to keep their own pockets (and those of certain of their contributors (and benefactors) lined with Federal Government cash for so-called servicing these people with tax payer provided services and etc...

@Scott Mac I agree. I have buddies that only own class D rentals that don’t screen at all. They couldn’t care less about this new ordinance.

In my mind this will do nothing except raise rents. Landlords will have more economic vacancy because of ordinances like this and will be forced to raise rents.

This wouldn’t affect most of the tenants I’ve screened or rented to either. 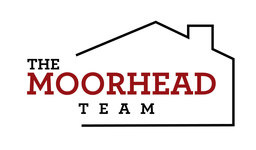 @Scott Mac I agree. I have buddies that only own class D rentals that don’t screen at all. They couldn’t care less about this new ordinance.

In my mind this will do nothing except raise rents. Landlords will have more economic vacancy because of ordinances like this and will be forced to raise rents.

This wouldn’t affect most of the tenants I’ve screened or rented to either.

And it will drive class A, B and C property values down to class D values pretty quickly.

@Scott Mac for my sake and the buyers I help I hope so but I don't see that happening. We're nowhere close to NYC or LA stringency and good luck finding a cheap rental there. People want to live in Minneapolis-Saint Paul despite the winter and this won't change that.

It won’t change a lot if you incorporate individual review instead of a blanket-“ I don’t rent to ......” I do think it could raise rents to balance back increased risks or instances of landlords now facing some evictions due to poor credit risks

Is there a link to the ordinance? Essentially rentals in Minneapolis are unable to screen new tenants?

It doesn't prevent you from screening tenants. You either need to follow the prescribed criteria or have your own and consider additional facts if your criteria is more stringent