Rent Manager versus Appfolio versus Buildium

Gulliver R.
Posted Jan 16 2018, 20:24
Hello all, I’m most likely going to be picking one of these. I’ve heard a lot of good things about Rent Manager, Appfolio, and Buildium. What do you like best? Every opinion will be very much appreciated. Thank you!
0 Votes
Follow
Share
18 Replies
Jump to Last Reply
Log In or Sign Up to Reply
Sort By:
Oldest

@Gulliver R. Back when I had a larger portfolio and self managed, I used Buildium. I used their platform for years, it was a good product to start, but they really built it out and added tons of great features that saved me time. Buildium is a bit pricey if you only have a handful of units. While I can't compare Buildium to the other platforms you mentioned, I would give Buildium a recommendation.

thanks for your input @Andrew Kerr

Find an investor-friendly agent in your market TODAY
Get matched with our network of trusted, local, investor friendly agents in under 2 minutes
Find an Agent

@Gulliver R. How many units do you manage?

Buildium was originally designed for small-medium size portfolios, say under 100 units. Now they are going after the larger property management portfolios and trying to compete with Appfolio. You really need to compare what ancillary services you use the most - eg online rent collection, ACH payments to vendors/rental owners, tenant screening, e-leases, etc. These are the areas where Buildium/Appfolio are going to be different, and even the price tiers within Buildium are going to be different from each other. I haven't personally used Appfolio, but I had a local PM demo his platform for me at a conference and it looked really slick - definitely more powerful/feature rich than Buildium. I think Appfolio is the go-to choice if you're managing more than 150 units.

I personally use Buildium for my small self managed portfolio and like it over all. They continue to raise prices, so I may look take a look at RentecDirect, or even some free options.

Please up-vote my answer if you found it to be helpful! - Thanks

@Ryan Swan I have <100 tenants. But I also utilize online rent payments. I’m also interested in tenants signing leases electronically with a digital signature. Do you know if Appfolio or any other company offers this feature?

Buildium does, and I'm sure Appfolio does too

You need to review the pricing carefully, because those services are charged "al a carte" on one plan, but included in the more expensive plan.

@Gulliver_R. I recently started using RentecDirect. While not as flashy as Buildium, for the price, they have more features baked in. $0 ACH, E-Leases through DocuSign, inexpensive tenant screening.

I'm interested in getting some "2018" feedback on these property management packages as well.  Do you find yourselves needing to also use a separate accounting package such as Freshbooks/Quickbooks, or does the built in accounting functionality of these PM packages get the job done?

Hey @Keith Meyer , while I can't speak to the other two, Appfolio has been great for us.  We manage ~150 units and just finally made the switch over to a property management software.  The built in accounting is very extensive and you should easily be able to get away with using it in place of Fresh/quickbooks, although we currently are still keeping our old systems in place as a back up until we get more comfortable.  While there are definitely some things that we feel are lacking on the tenant side, (i.e: very basic online lease signing that makes it difficult to customize each lease you send out, no canned/generic responses for their email client, task/notification section could use tweaking) their accounting is awesome.  One last thing, we have been using their services for 2 months now and they've already had 5-10 upgrades.  The developers are constantly listening to the clients suggestions and implementing them quickly.  Hope this helps!

I just called Appfolio's sales department because their pricing page didn't make sense. I only have 14 units right now. They told me I needed a minimum of 50 units to start with them. I hope this helps with your decision. I may migrate from QB to Buildium.

I have used Buildium for the past 3 years and just made the switch over to Appfolio last month due to a few features that Appfolio has that Buildium doesn't.

Ironically, recently they've introduced several of those features that I was unaware of. They now allow tenants to pay with cash through PayNearMe, they have a vastly improved website design services, a new showings coordinator, and they have text messaging within the site.

I'm a one person management office and own what I manage, so anything that helps streamline things is well worth the cost to me.

Appfolio has a built in collections which I think will easily cover the monthly cost of the software and Buildium does not have that (yet at least). They also have a work order workflow which I think will be a big help, and you can have vendors submit their invoices into Appfolio directly which is potentially a big time savings.

They're both easy to use, both seem very powerful. If I had to make the decision right now based on what I know about both programs, the choice would be tougher.

The only issue I can think of with Buildium the new basic subscription package - you can't automatically run credit checks. The tenants have to log in to Buildium and run it themselves. This is a big issue for me as when I had it set up like that briefly, it was not intuitive and I spent some time trying to show applicants the process. Maybe they've improved that by now though.

I haven't played around with the automated leasing side of Appfolio yet but have not been hearing great things about it, they have the ability to link into Blue Moon Forms so I will explore that as an option.

John Plumley
Replied Jul 25 2018, 21:20
@Gulliver R. Take a look at TenantCloud. I use it to manage 15 properties and it works well. They continue to add new features.
1 Vote
Log In or Sign Up to Reply

The property management company I work with used Rent Manager, switched to Appfolio and is now back to Rent Manager (within 2 months). I would say the Landlord tools available from Appfolio were awful and were impossible to follow.  Rent Manager allows Landlords to pull reports for all sorts of time periods and situations.  When I refinanced pulling all of the reports was easy and I didn't need to bother my team.  I tried to see if my PM company had a bad version of Appfolio, but from what I can tell the landlord reporting is basically reports pulled by the management company and uploaded.  I imagine they had tons of complaints since the prior access was so transparent.  They also claimed the overall invoicing and tracking of Work Orders was much more time consuming than they expected.

Seems in the comments everyone is self-managing - so if you expect to bring on other landlords in the future, I would take a look at Rent Manager.  At the current time, Appfolio doesn't seem owner friendly, but instead PM company friendly.  I used Buildium at one point which was good for my small local portfolio, however, I didn't expand locally, so I discontinued use.

@Gulliver R. My company has been using Appfolio for almost 3 years now, and it was the best decision we have made. We have grown from 300 units to almost 1000 units in that time, and it would not have been possible without Appfolio.  Great interface, very user friendly, and I think the best part is they are always improving on the product.

They are constantly upgrading based on customer feedback, so I think it makes sense for the long run. I am happy to chat more about specific features if you like.

I am a property manager trying to break into real estate myself, so I have to show my value somehow!

@Scott Cattaneo My biggest this is I need it to auto text message some tenants on the 7th of every month asking them to pay their rent. Will it do that?

Scott Cattaneo
Replied Aug 30 2018, 20:45
@Gulliver R. You are able to set up automatic email rent reminders for any day you choose. In addition, you can send mass texts at a property level if you prefer text.
0 Votes
Log In or Sign Up to Reply

I've used all three of these software providers, though RentManager was years ago. We had to switch from Buildium because they had a deeply rooted accounting issue in their code. A CPA client found it and Buildium wouldn't switch it despite acknowledging the flaw.

says) the owner portal needs to be built out. We do a workaround to set up owners as users but that's not great.

One thing that I like about Appfolio is that they really do work on their product. Buildium was not good at making improvements.

@Adam Jernow what was the accounting issue in Buildium. I am starting to see some little things that are confusing. You can PM me if you dont want to blast them on the forum. thanks

Another vote for Tenant Cloud. Does everything I need. I even have my HVAC company hooked up on there so I can just send them a note and they get the job done. 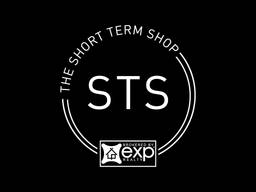