Looking at refinancing my VA Loan with a VA IRRRL. Any recommendations for lenders? Got a good rate from LoanDepot but reviews have me concerned. Also looking at Veterans United but when the second thing that pops up with Google is "Veterans United scam" it also raises red flags. I want to take advantage of low rates but do it with the right company. Any thoughts/suggestions/recommendations?

Top Subjects:
Flipping and Maintenance
What was the "Veterans United Scam" referring to? Another company scamming people or VU themselves? I financed my first home through them and had a great experience with them and the process was very easy and smooth.

@Bennett Smoot  Two questions you always want to ask when shopping mortgage lenders are 1) What's your base rate which means no points/fees? 2) How much do you charge in lender/underwriting/origination fees?

I've found that mortgage brokers (not lenders/banks) are the best way to go as a borrower. They shop around to numerous different banks and have access to wholesale (not retail) rates which are usually very low and competitive. They also charge zero lender/underwriting/origination fees because the lender/bank they sell your mortgage to pays them. So as a borrower, it's a win win because you get the lowest rate and don't pay any lender fees. Let me know if you need a referral.

@David Nacco - They got caught in a widespread practice offering pricing/fee options to veterans that were priced worse than what their internal rate sheets showed, and splitting the premium with the LO and management. That was allowed back in the pre-recession days, but is a no-go today. Every once in a while the CFPB pops a lender for doing that.

@Bennett Smoot - Find a local independent wholesale mortgage broker right there in Georgia (IE, don't call me, I'm in California). VA loans are usually priced by banks (Quicken, loanDepot, and Wells Fargo, are all examples of banks) at higher profit margins than conventional. (Hold constant fees for the following example) So if you see X.875% advertised everywhere for conventional w/ 20% down, you think you're getting a great rate at X.75% w/ VA 0% down, but in reality if it had the same profit margin it would have been X.25% w/ VA 0% down. Wholesale channel, they aren't allowed to have different profit margins by loan type as a matter of law (due to less effective lobbyists relative to banks, frankly), so you get the legit X.25% due to no one making any extra profit on it for it being a VA loan.

That common practice of retail mortgage banks juicing up profit margins on VA, and that it's targeted at veterans, is a part of why I left the banking world for where it is unlawful to do that.

Why are 'natural' VA interest rates so low? Safest loans out there, they aren't just backed by you and your credit and the collateral, they are also guaranteed by the full faith and credit of the US Federal Government. And, finally, VA loans w/ 0% down have lower default rates than FHA 3.5% down, almost as low as conventional 20% down (turns out that "down payments" of sweat and blood are about as sure-thing as down payments of cash). With that in mind, if mortgages are priced according to risk being taken on by the lender (VA loans are federally guaranteed, have low default rates, etc), why shouldn't VA loans have the lowest rates and best pricing out there?

@Chris Mason Oh wow, thanks for the info I never heard about that.

I also financed through VU. Great experience for me. Good luck!

I got my va loan through Veterans United and it was nothing but an absolutely positive experience. That was 3 years ago.

I do have to agree, I used VU in 2016 in Colorado Springs. Positive experience. Since then sold to PennyMac USA, but a smooth transition. 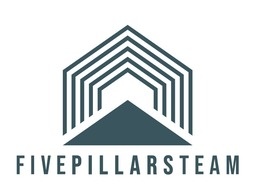