What you are looking at is a sagging concrete porch in the front of a house. I can see daylight through the crack from the basement. Anybody have any idea how to fix it and how much it would cost? Thank you! 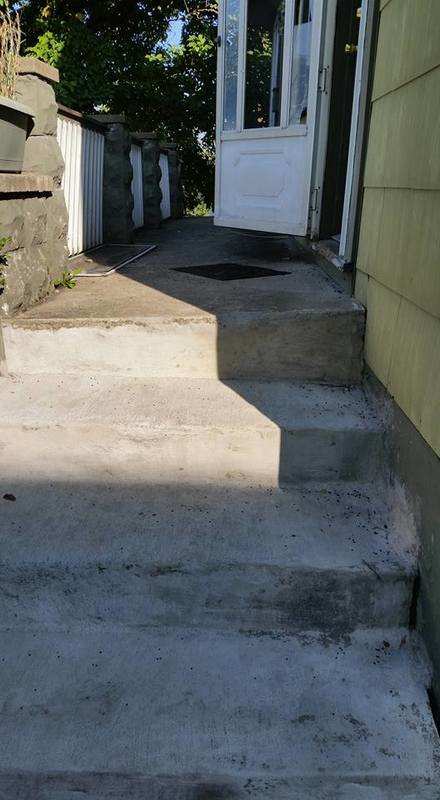 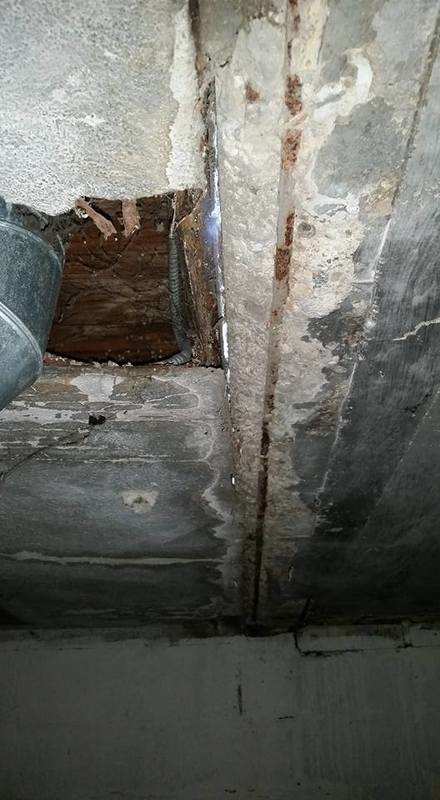 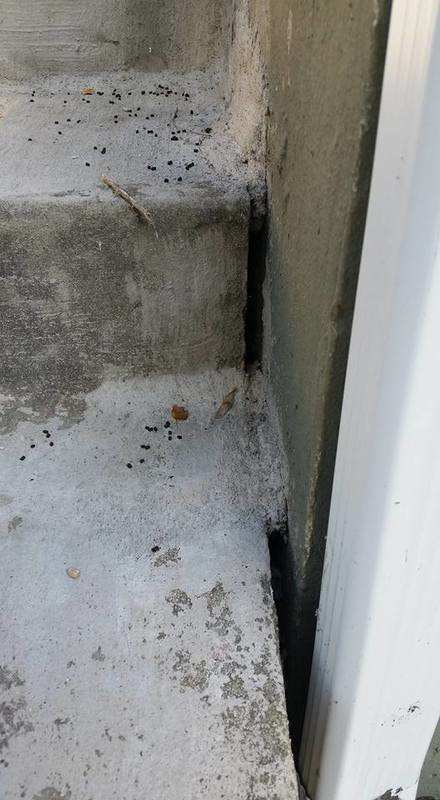 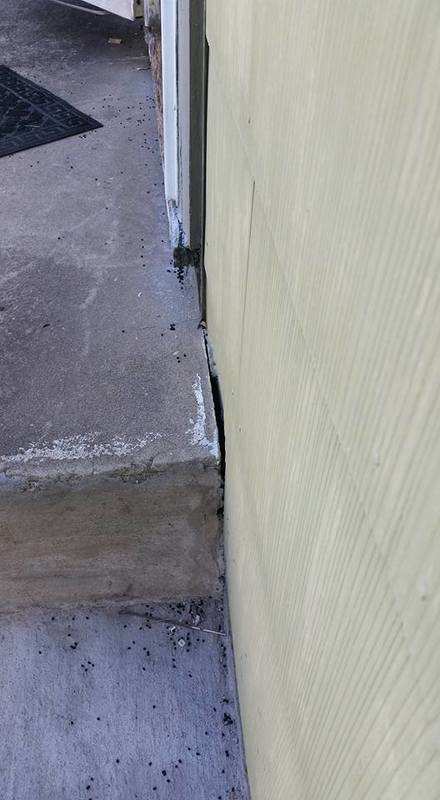 This looks like an older house, so get used to some imperfections.   Concrete settles usually when the base wasn't properly done.  (Tamping down soil and use of proper amounts of gravel).

There are companies that jack concrete up.  This doesn't look like a great candidate for this type of repair.

I would seal the sides with some more concrete or an exterior type of caulk.

It looks like the steps were repoured at some time and were done by a handyman, rather than a concrete professional.

The last alternative is to get this all redone.  That would be several thousand dollars.  Not sure it is worth it.  If this is a rental, definitely not.  Your own home?  Go for it.

Bust out the concrete patches up against the house , open up the cracks . Go to the concrete section of Home depot and get what looks like a cake decorating bag .  Then get some fast setting  hydraulic cement and mix it up a bit wet and fill the bag . Squeeze it in the cracks and fill them almost to the top .  then get good self leveling butyl caulk and finish it off neatly .

If you want to redo it . Break out the checkbook thats 4 or 5 grand in my parts

I can do a lot of stuff, but this is not a "do it yourself" type project. Google foundation repair in your area and get some estimates. Then make a decision. If you don't fix it, the house isn't worth much and will not sell. If you do fix it, you need to disclose the repair when you sell it.

This is wild! I have several concerns so bare with me... The 1st photo shows the concrete porch is correctly sloped away from the house but the steps look sloped toward the building, which will cause water to run toward the house. Seeing that flashing was not installed, you have water penetrating between the gaps. 2nd photo shows concrete spalling (most likely due to freeze-thaw cycle) and exposed rebar now beginning to rust. Judging by the photo, you have a one-way slab spanning from the two bearing walls. Your slab is subject to bending stress from self-weight, dead load, and live load and the tensile stress is resisted by the rebar. As your rebars become rusted, the effective tensile resisting area is reduced, and eventually, the tensile force becomes greater than tensile strength, which will cause your slab to fail. I'm also concerned how your wood end-joist is acting as a simply supported beam, carrying all the loads from the exterior and interior floor joists to the bearing wall at the end of the span. It almost looks like there was a wall directly beneath the end-joist at one point but was removed without properly upsizing the beam. Due to the water penetration, the wood joist looks rotted, further reducing its capacity. I'm not sure what you are planning on doing with the property but my recommendation is to get someone in there that knows what they are doing... If you want to apply some band-aid to stop water for the time being, you can use a polyurethane injection foam to fill the gap. This, however, will not address your structural problem... Good luck.

Paul Sandhu
The worst town to live in, KS
5.5
Score