In my home office i has this popcorn ceiling that kept peeling and falling off so I decided to remove it and get rid of it myself. I’m also done with removing it and there’s this thin layer of paint/glue(?) left In some portions of the ceiling. How would I get rid of that? And do what would you guys recommend doing this ceiling with. Sanding and painting over, drywall and paint, etc..

Trying to post a pic but not sure if I can here..

There are a couple of ways, but this is what I'd do for solid long-term results. Buy a paint respirator with organic vapor cartridges. Buy a small box of TSP detergent powder from Home Depot. Buy a sprayer and a sponge mop and a soft siding brush. Mix up a gallon of solution and apply to the ceiling with a sponge mop. Scrub with the siding brush. Let it sit for twenty minutes, then sponge-mop it off. Use the sprayer to wet the ceiling down again, go over it again with the sponge mop to get rid of the TSP residue. Let dry.

Put on your respirator, open a gallon of Kilz original oil-based primer. Prime the ceiling with it using a short-nap roller. Rollers made for solvents and epoxy coatings work well, mohair is incredibly expensive but works best. Let dry at least 2 hours.

Paint as desired after two hours. The stink off the Kilz is going to be heavy for a while, even if you paint it right after. Kilz also makes a low-odor version, works almost as well as the regular stuff. There's also Kilz Restoration, a very-expensive water-based variety, not as good, but slightly less stinky. There's a newish water-based coating for residues aimed at the DIY market called called Zinsser Gardz, which in my view isn't anywhere near as bulletproof in these residue situations as cleaning with TSP and oil-based primer. Zinsser also makes a prohibitely expensive shellac-based pigmented adhesion primer called B-I-N. This is one of the biggest ripoffs n DIY painting (like practically every Zinsser product aimed at the DIY market) because straight dewaxed shellac outperforms it for 1/2 the price -- all you need to do is paint three coats of paint over the shellac instead of two.

I have made an offer on a house where there has been a very heavy smoker living for a number of years. The originally white popcorn ceiling is now yellow over the entire surface. There is so much nicotine on the ceiling that it is running black streaks down the wall. The people at the local hardware store where I usually buy my paint have recommended the Zinsser B.I.N. saying its the only primer that will block the nicotine stain, and as you stated it is very expensive. Would I be able to paint the ceiling with dewaxed shellac to cover the smoke stain ,(and smell) without cleaning? or would you recommend removing the popcorn and cleaning with TSP detergent?

Well, Gail, I know this looks like is a simple question about a straightforward problem, but it isn't, not at all. You should post something like this in the DIY forum and we'll address it there.

OK, so this IS in the DIY forum. OK, I'll work on it in a separate post and try to tag Gail.

I had one house like that years ago.  My guess would be those black streaks mostly come from mj smoking.  Takes a lot of scrub to get off what you can.  I would scrape off popcorn ceiling and prime with the oil base stinky stuff.  Otherwise mj WILL bleed through.  If it isn't then still way to go.

@Jim K. Thanks for the help! I’ll definitely go that route. I take it the first paragraph is for removing the paint. I don’t need to do anything other than that until I’m ready to paint, correct?

Nader, you stated that you had already removed the popcorn ceiling. Is that correct? There are only streaks and patches of adhesive from the removed popcorn left on the scraped eiling, or was there additional paint UNDER the popcorn? You should use the TSP cleaning procedure described to remove as much of this adhesive as possible.

I've also started a new thread on dealing with popcorn ceilings in this forum where I will be addressing some of these concerns in dealing with Gail's question.

I’ll check out the new forum! Thanks.

I’ll check out the new forum! Thanks.

Then yes, what I would do is clean the ceiling with TSP to remove as much of the adhesive as possible, and then prime with Kilz Original oil-based primer.

@Nader Hachem There should not be glue on the ceiling. Popcorn is not held on with glue. Did you just scrape it and what is left over you are calling glue? Popcorn needs to be sprayed with water to be removed. If it has been painted it is even more difficult. If it fell off on its own like you stated that leads me to believe it has not been painted and you just need to add some water. You can get a pump sprayer at Home Depot for around $10 and that works good. We always use a paint sprayer, a five gallon bucket of water can go a long ways when scraping popcorn.

@Gary Siver there was one spot that fell off that was not painted, but the glue I was referring to is a think layer of paint under the popcorn ceiling. I can show a picture but I’m not sure how to on this phone app

@Nader Hachem  Use this icon here. 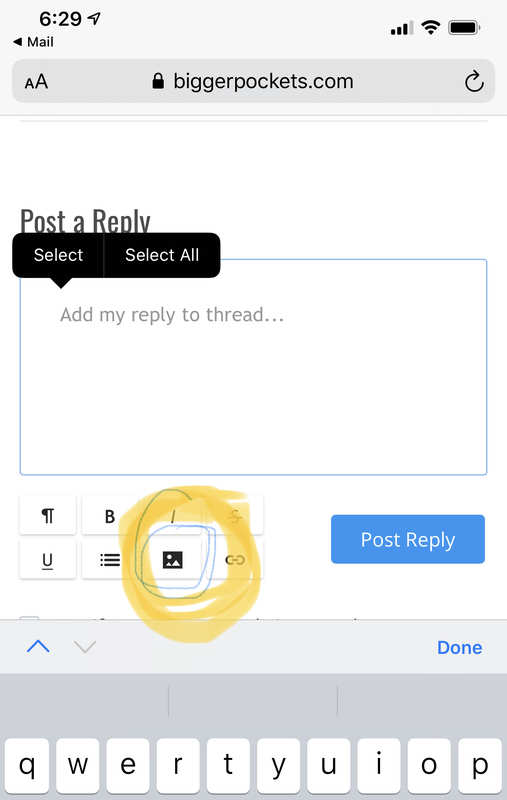 the left side of this picture is the paint I was referring to that needs to be removed. Right side is what I will be painting over 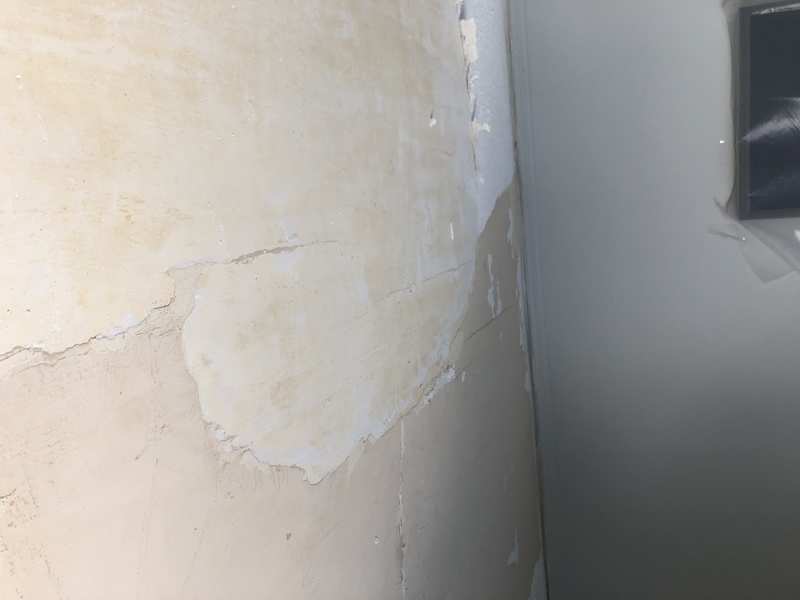 @Nader Hachem It looks like an old plaster ceiling that they put popcorn on to cover up the imperfections. Is the house all plaster?

The ceiling needs to be skim-coated. Nachem, you could do this yourself, but if I were you, I would hire someone. It may not be worth your time taking on the task of learning this skill if you have no intention of becoming a real estate handyman.