Still trying to figure out if I should wrap rehab into "Purchase Price" and figure 1031 money as "Cash Invested". Oh well. We bought this property as part of another 1031 Exchange, and it came down to the deadline. I was having a horrible time spending the remaining proceeds from a 1031 (roughly $31K) during the hot buying season in Buffalo. Looked at tons of properties, but none met our metrics. This property is across the street from one of our other duplexes, and while doing the rehab on that one, I continually noticed the house across the street was sitting vacant, under renovation, with tons of potential. I happened to see the owner one day and asked if he'd be interested in selling it to me. He had never considered selling as he was renovating it for his own family: they would live upstairs and rent the downstairs. He already did all the hard stuff: demo, new roof, new electric and plumbing, new custom windows, drywall. All that was left was to finish the spaces with trim, flooring, kitchens and baths. Previous owner also set up the HVAC for the attic, so that the owner-occupied could have a two-story apartment on top of a rental. While I'm not using the attic (illegal as a rental) this adds value for when I potentially sell to an owner-occupied. Also, the outside was hideous: red asphalt shingle siding. There is also a rear house on the lot that was beyond disrepair.

I undertook my due diligence and put together the scope, also finding out that we could demo the rear house and rebuild a MULTI-FAMILY in the future -- it was already zoned for multi!! This area is heating up big time, with large development projects around the corner yielding rents of $1500+. My projected rents for the two 3-bedroom units was $1100. I ended up with $1100 and $1200, respectively. Keep in mind this is Buffalo. So, while the total I spent on this property with purchase and rehab was more than I'd prefer, it offers me this:

Honestly, we're about $6,000 out of pocket on this project if you consider that the 1031 money was never really "my" cash to begin with. It's not the return I would normally demand, but I think you'll agree the above bullet points make up for that. We spent $125K on the purchase, $75K to complete units, paint the house, build a front porch (not pictured), and another $16K on demolition of the rear (asbestos contamination sucks). ARV nearly a year ago was projected as $225K but based on the market comps I've seen, we're easily pushing $275K now. Remember that it's zoned that more units can be built!

The other great thing about this project was that it "legitimized" me in the eyes of some other investors and contractors. While it was not our first project, I walked a few people through this one who were impressed with the rehab, rents, and my screening process. I just secured a private lender at phenomenal terms in part to showing them this project.

Honestly, this was right across the street from another rehab we were doing. Convenience was definitely a factor. I had a 1031 that the clock was ticking on....loudly.

I literally walked across the street and asked the owner if he would be willing to sell it. He told me his purchase price and cash invested so far and we went back and forth for about two weeks. It took him a while to finally sign as it was originally meant to be for his family.

Commercial rehab loan through a local lender. They finance 80% of the purchase and the full rehab, up to 80% LTV. Due to my excellent relationship with them up to that point, they agreed to go 85% so I could pull more money out. I'm not worried about being over-leveraged as the appreciation of the neighborhood continues to skyrocket.

Rehab. Another win for this project was discovering original clapboard in great shape under the asphalt siding. We had originally planned to vinyl-side the house, but upon this discovery, I consulted with several realtors about the value of painted clapboard vs. vinyl siding in this neighborhood. The consensus was that paint added up to $10K in value, and my contractor was willing to do either for the same cost.

Both units rented at and above projected rents, prior to even finishing the entire project.

Identify replacement properties BEFORE selling if you are doing a 1031!! Honestly, I already had another one identified and under contract, but had to spend the remaining funds. This was a good place to park the money for a while, and benefit from some cash flow and appreciation. 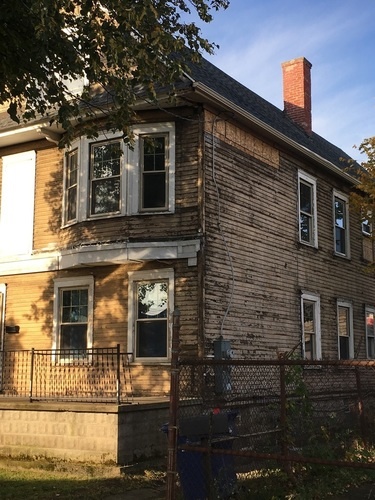 @Timothy Smith sounds like you found a great deal! I am searching for my first multi family rental property in the buffalo market. What would you say is your biggest tip for a first time buyer here in buffalo?

@Timothy Smith Congrats on this purchase Tim! It sounds like this is really helping you take your investing to the next level. The West Side seems to be the next big area in Buffalo. I might start looking around there as well for my next property. I’m still saving money for it, but I’m hoping to purchase by this summer! Do you have any more before/after pictures? This looks great!

Network network network. And run numbers on as many properties as you can. I filled spreadsheets before buying my first, and it taught me how to analyze. You can also use the calculators on BP, but I did most of it using a local banks income property spreadsheet and my own notes. Took a while but deepened my understanding. Plus I didn’t know about BP until more recently!

As an advisor told me, “Fall in love with the numbers; not the architecture, neighborhood, or the lady next door who reminds you of your grandmother.” I really took that to heart as one of the most difficult things for us was learning to buy and rehab “to market”, not like it’s our own home.

Hope to meet up sometime.

@Jon Adamowich yes, West Side is being fished hard and maybe too much. What I've found is that prices are definitely going up, and the slumlords who have been sitting on properties out of repair for years are asking ridiculous prices because they see what's happening. I negotiated one deal that was just gross. Almost put me off the West Side altogether it we turned it around to be a success. But, just this week I put two more under contract - SFH flip and a mixed-use

I do have more pics of that project, but didn’t take enough “before” shots. Here’s a few: 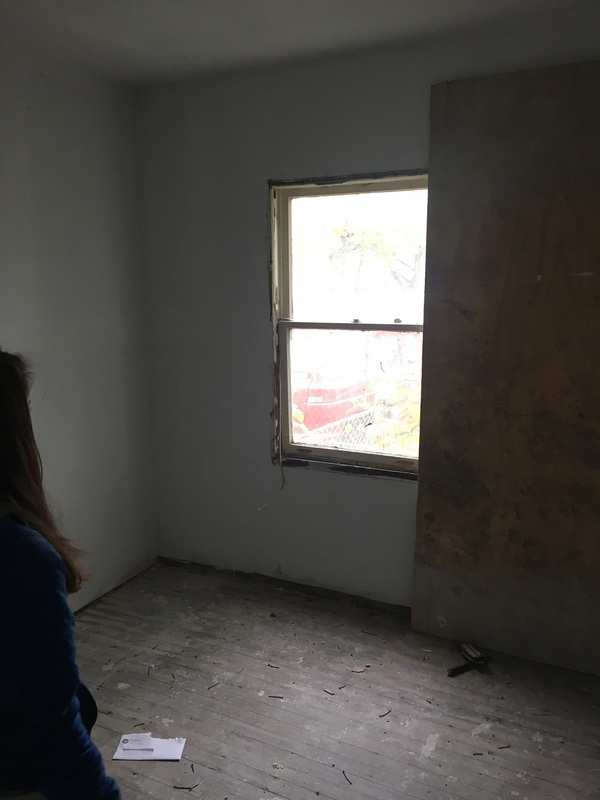 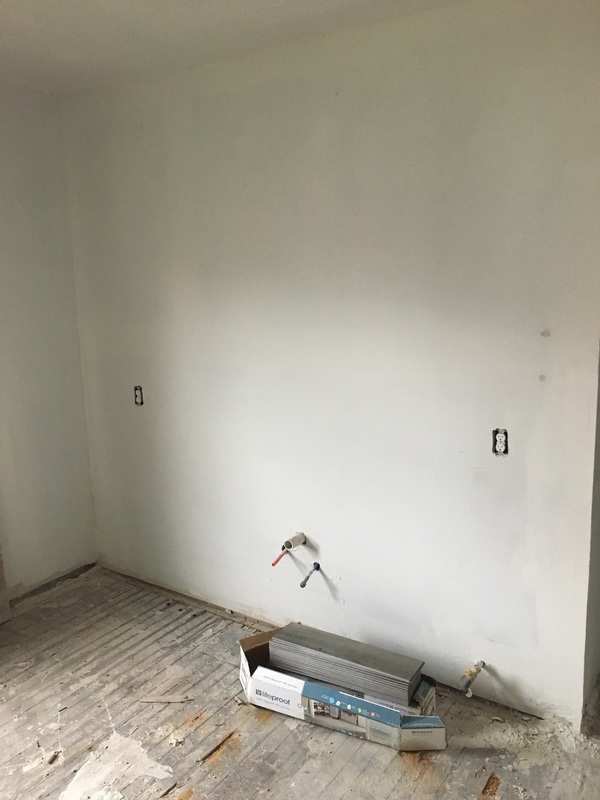 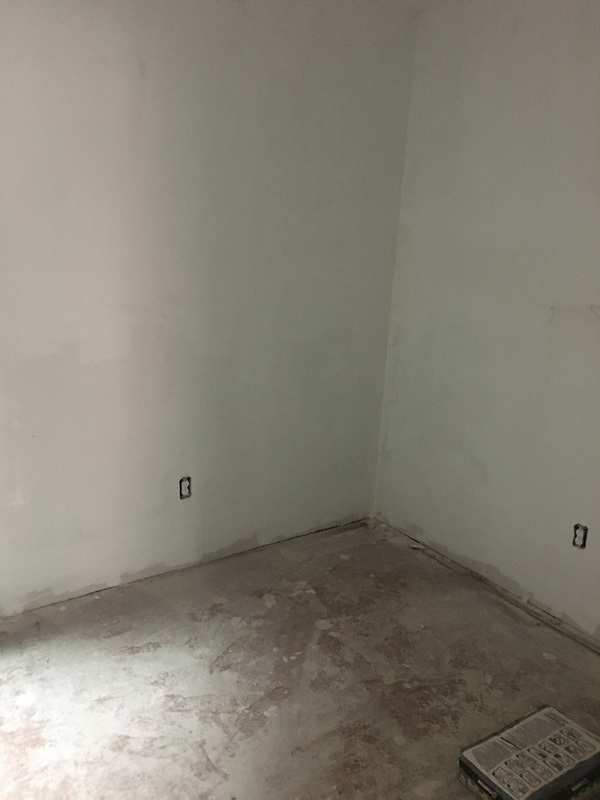 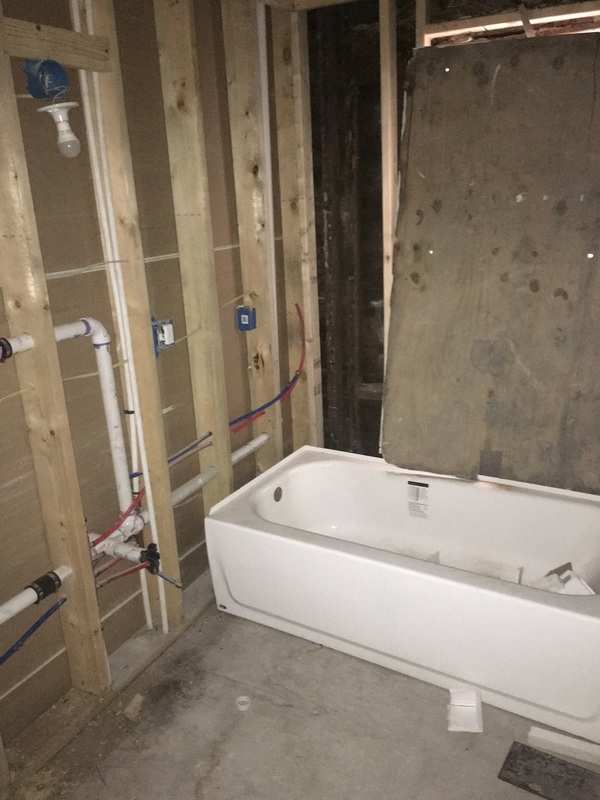 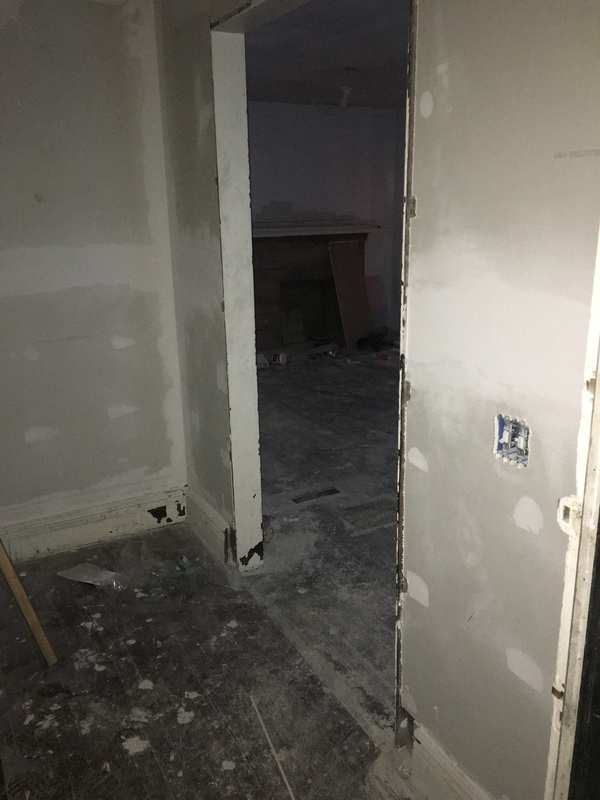 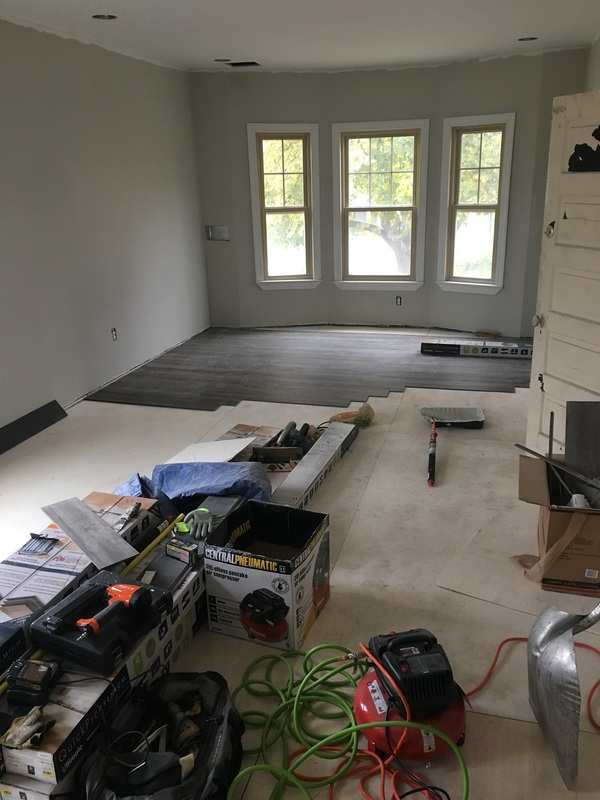 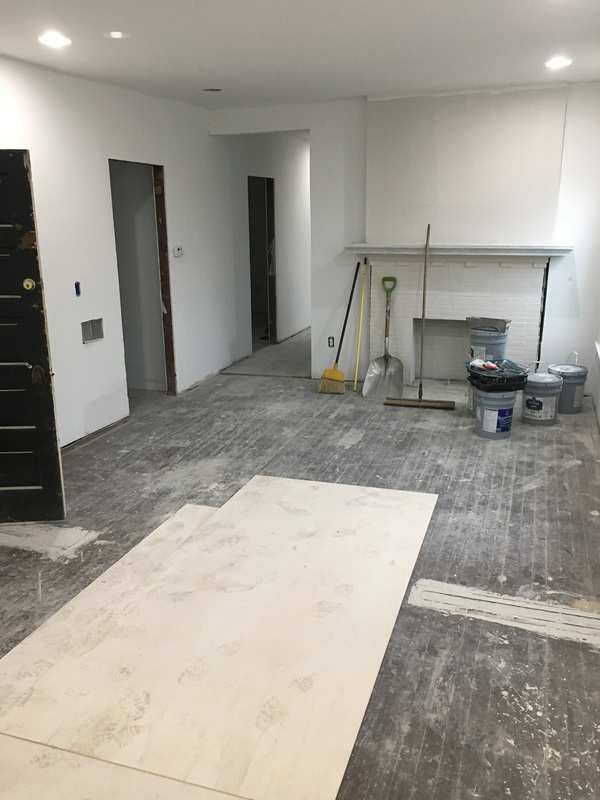 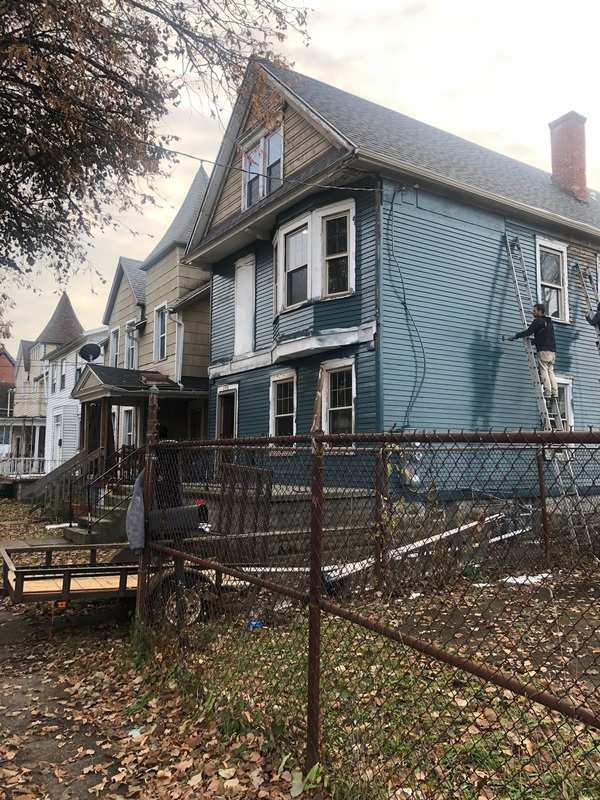 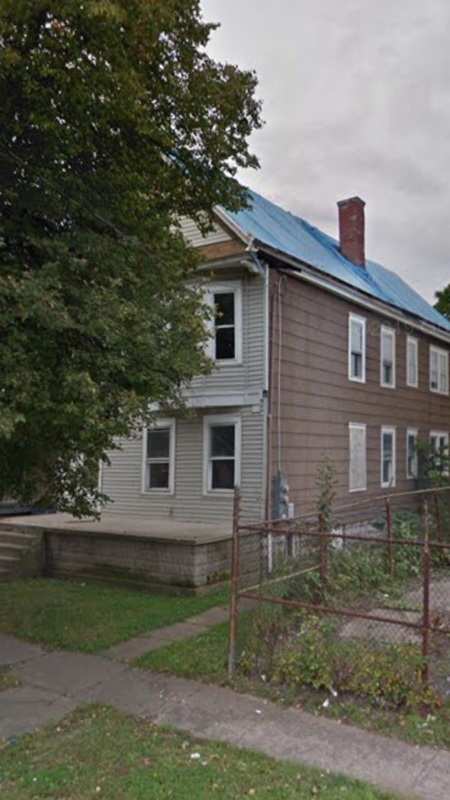 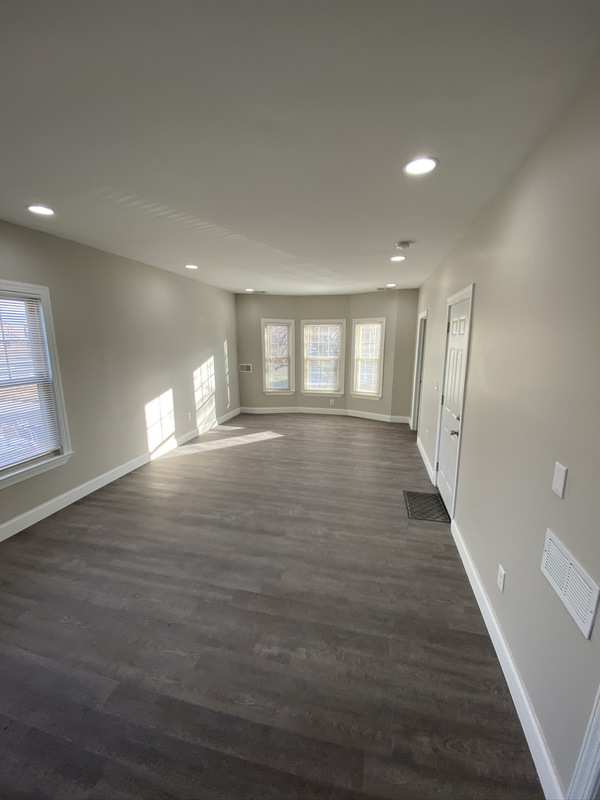 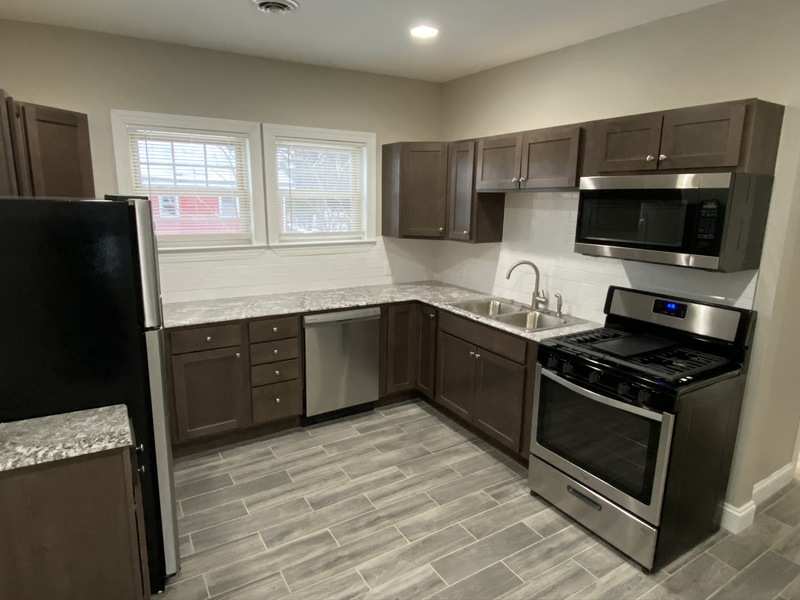 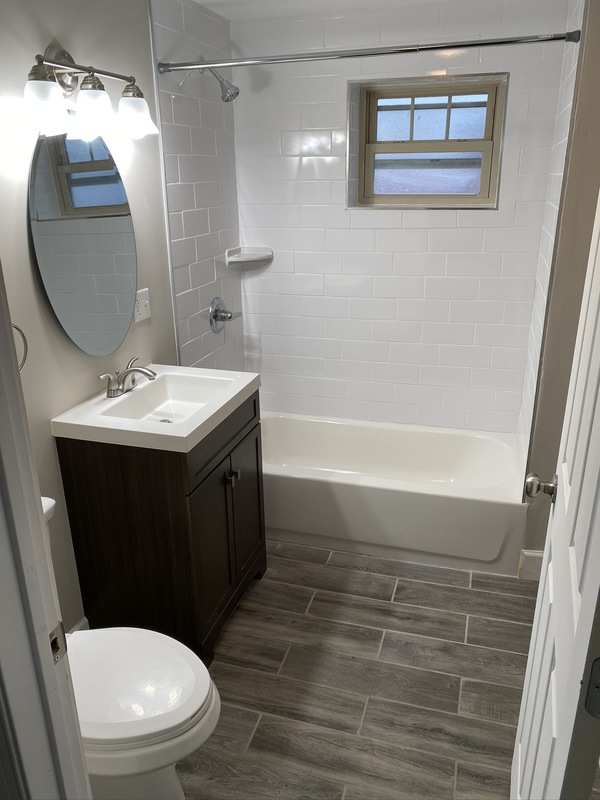 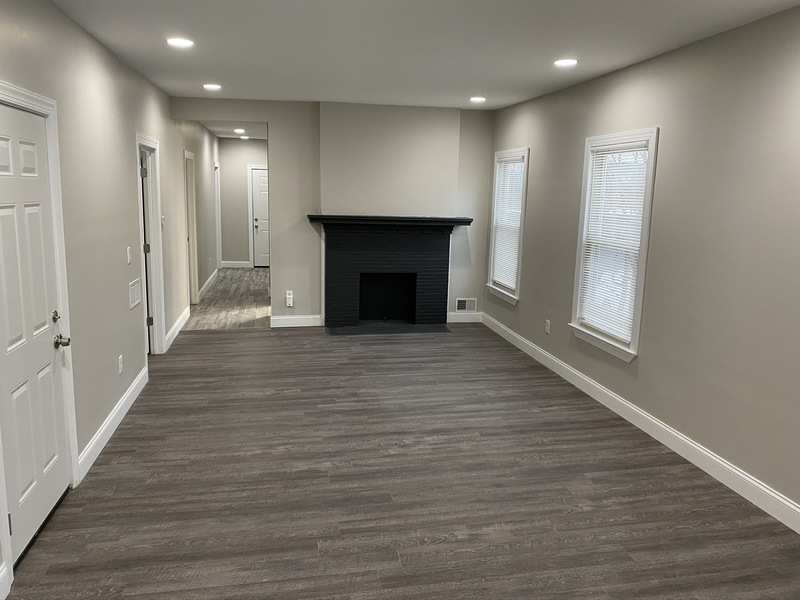 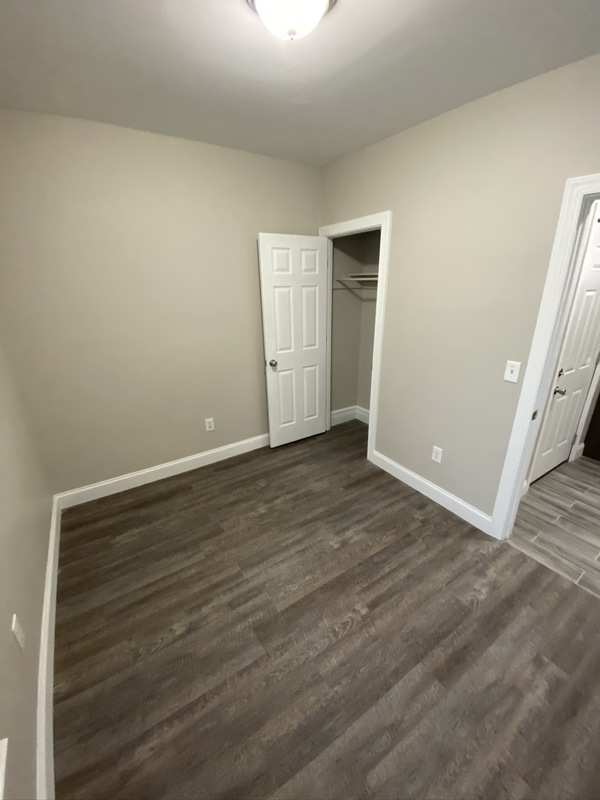 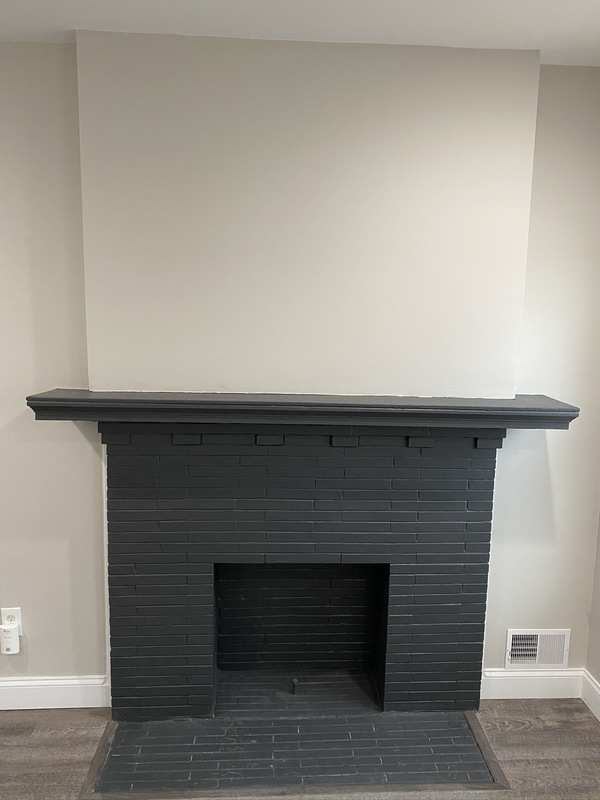 @Timothy Smith Wow that looks great! What a transformation. Now did you do the work or did you have a contractor rehab the property? Also you mentioned that it rents for 2,300 total, you bought it for 125k and put 75k in to finish it. What does this property cash flow for you after all of your expenses? Also, what do you look for when considering a property to rehab and then rent out? To date I’ve only considered turn key properties because I’m not very handy but I feel like buying a cheaper property that could use a little work would be a better investment.

@Jon Adamowich yeah I’m all in just over $200k. As I said, more than I want to be per unit but I needed to put the money into something and the clock was ticking. The growth potential here is really the most valuable. My cash flow on this is about $500/mo. There is a good chance this property will be a long-term flip, or I will build on the back of the lot if prices continue going crazy. The other value in that is a garage or carriage house unit for a potential owner-occupied

Your question about what I look for is tough to answer in a short post. Will you be at the meet-up next week?

@Timothy Smith wow great Reno this area is blowing up. I have been so surprised at the price of some of these based on the condition.  For rents in the area where did you focus the most $$ for the updates? Just purchased our first multi family in Buffalo and need to do some cosmetic updates and wondering what to focus on. Planning to be at the meetup this Wednesday.

@Timothy Smith some solid advice! I’ve been using the BP calculator and will be on the search next weekend in Buffalo. I would definitely appreciate the chance to meet when we can both find some time.

@Timothy Smith I'm going to try to make it. Unfortunately I work 4-12 that day and I need to find a swap so that I can make it.