My first ever flip project. The deal was brought to me by a wholesaler who is now a great connection and friend of mine. We decided that he would bring the deal and I would work the rehab and split the profit and costs 50/50. I ended up doing the work myself and learned a lot of handyman skill in the process, but this flip took 2 months to complete when it could have taken 2/3 weeks with professional contractors, and I didn't end up saving much money because I had to buy my own tools! Next time we'll stick with contractors.

I wanted to break into the flipping business and the numbers on this deal allowed for a lot of room for error in case things went south.

This deal was brought to me by a wholesaler.

We both put in 5k and financed the remaining 25k through a hard money lender.

We ran our numbers assuming a 65k sale price as the best case scenario. We ended up accepting a 75k conventional offer that appraised at 67. Still beat our expectations!

Time is valuable. I spent 2 months fixing this place up due to lack of experience and not having an exact plan on how what to do first. I think next time if I do a project myself, I'll finish 1 thing at a time instead of working on multiple tasks at once. It may have cost slightly more to hire a contractor, but the peace of mind and extra time saved would have been 100% worth it. 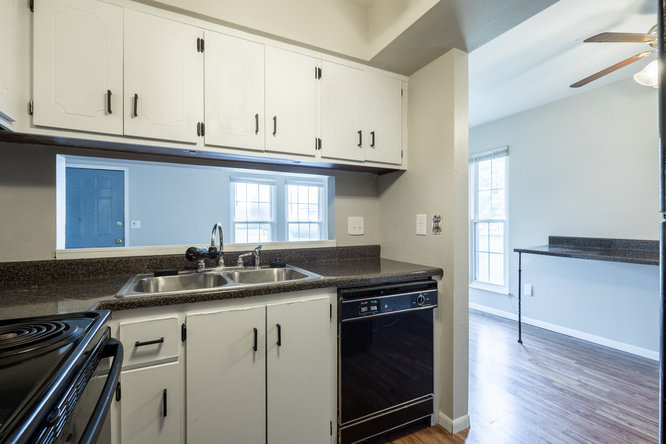 That's awesome David. That's like a 2400% Annual ROI even though it took you two months.

And just about EVERY flipper has made the terrible decision of doing it themselves. 20/20 hindsight is a bleeping bleep, right?

It's like a right of passage that continues to creep up from time to time even though most of learn that it's better to hire experts.

Why do we do that? I've seen The Good Doctor and ER but I've never thought, "Yeah, I could do that. No problemo!"

But we all saw the shows on HGTV and went, "Yeah. That looks simple." And even though we know it didn't take them just a half-hour, the shows trick us into thinking 2-3 months is much faster.

It's like the vaccination against stupidity wears out every 18-months and we have to do something stupid to act as a booster shot (Sorry about the vaccine metaphors. I was watching the news as I wrote this.)

Personally, I have major back problems so nowadays I never think, "Oh, I can easily do this myself," but I used to.

Then I'd make some stupid mistake and I'd have to hire an expert to fix my mistake... and it usually costs me three times the price!

So I wasted me time and then had to pay 300% more than if I had just hire the expert in the first place.

Anyhow, here's a little trick I used to do before my back injury sidelined me completely.

I have a picture of my first deal and the horrible job I did hanging near my desktop to remind me of the pain and cost of trying to do it myself.

One caveat is if you LOVE working with your hands or just like getting dirty.

I understand if do but pick a project that you can work on by yourself in the evenings or on weekends while not hold up the rest of the crew. Something like planting a tree or building a little breakfast nook or something.

You'll get your "fix" while not gumming up the works.

I used to like building a beautiful custom dining table that I'd just leave in the house with a little note like, "Welcome home! Dinner's on me!"

Yeah. It's a little corny but who doesn't like corn? (Monsters! That's who. And who wants to work with monsters?)

Anyhow, I didn't do it for the referrals but those tables get a lot of referrals.

I thought about why and I figure that it's because 90% of the time someone calls them asking about some real estate matter, where are they sitting?

At the table I made for them.

Who are they going to recommend?

Now I hire a friend to build them. Not as fun but really profitable.

(I also do it with the people that sign lease options with me.)

Also, one thing I've learned is that all of this strategy should apply to your home and other parts of your life as well.

Got a plugged toilet?

Hit it with the plunger and, if that doesn't work, call your plumber that you use for your investment properties. You'll get discounts pretty fast when you send them enough business.

I just did that on Friday and it cost me $600 to replace three pipe fittings for a washing machine and an outdoor faucet and to pinch some pipes off.

My father said, like I personally stole it from his back pocket, "$600?! You could easily do that yourself! I taught you how!"

And even the my Irish grandmother's voice in my head was saying the same thing.

But in the two hours that the plumber was fixing the pipes, I followed up on and closed a deal that will make around $15K at signing and another $300 per month for 10 years.

If I had listened to my father or my Irish grandmother whispering in my head, I'd have saved $600 but I'd have back pain for days and I might have missed out on a deal that will be worth around $50K total.

I think I made the right call and it sounds like you'll do the same and let the experts take care of it.

Finally, it took me a while to give in but I applied this to other parts of life as well.

I hired a cleaning lady / cook / dynamo that comes to my house 2-3 times per week to clean my house and drop off healthy, pre-made tasty meals for $600 per week (plus the cost of food which is actually less than what I was paying before; honest to God, she's a miracle that I can't believe somebody let go.)

And I don't even care if it takes her only 20 hours. Plus, she's been getting interested and finding deals for me in the Spanish-speaking areas of San Diego (definitely not as competitive.) Believe, there's practically nobody that isn't interested in making money in real estate.

Get a meal delivery service like Blue Apron ASAP. Their services are like <$10 a meal and save a ton of time. Plus, you'll eat healthier.

And one young woman I'm mentoring did this and used the extra time she used to shop and cook to make phone calls after she got off work.

I think she called from 5pm until 11:30pm Mon-Thurs (She lives in NY and would just start calling other time zones later in the evening) for three weeks.

She got nine or ten nibbles the first week, hooked four or five the second week, and reeled in two on the third week.

I don't know how much she made exactly but I do know that she charges a minimum $10K fee. So, she made at least $20K.

So, in that one hour she saves from not grocery shopping or cooking, she makes $50 while paying $10 for food. That hour per night she buys herself is worth $3000.

Plus, even though she quit her job, does wholesaling and lease options full-time, and has more time, she still uses the food delivery service so she can relax.

She, and I as well, use services like Instacart and Doordash to save time on things we have to do.

Here's the BiggerPockets post she found me from: https://www.biggerpockets.com/... (Also, I've partnered with the young woman who wrote that question.)

But I do LOVE to cook!

So, I take Sunday afternoons to fire up the grill and cook dinner for the family.

The rest of the time I spent is used for finding deals, watching movies, and playing video games (probably too much of the last two but WTH? You got to relax and recharge!)

My point is that if I could go back in time, I would have loved to hire her much earlier but I couldn't afford $600 on a regular basis.

But I would recommend getting a cleaning service for once a week. Then add on some other service every time you make a deal and build more confidence.

Because I while I had money coming in before, I didn't have any freedom. Once I started paying other people to do the stuff I hate, like plumbing, or am not an expert at, like digital marketing, I started making more money AND having more free time.

Hit me up if you want any advice or want to partner up on something. You seem like the type of person that is going to continue to take more and more action and do bigger and bigger deals.

And I want on board your gravy train, David!

P.S. I think Mark Twain's quote is appropriate here... "Sorry I didn't write a shorter letter but I didn't have the time." 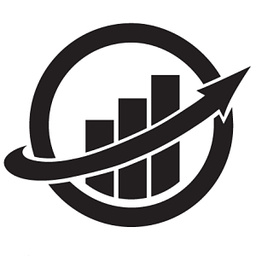