Atlanta declared third fastest-growing metro area in the nation, after Dallas Fort Worth and Houston 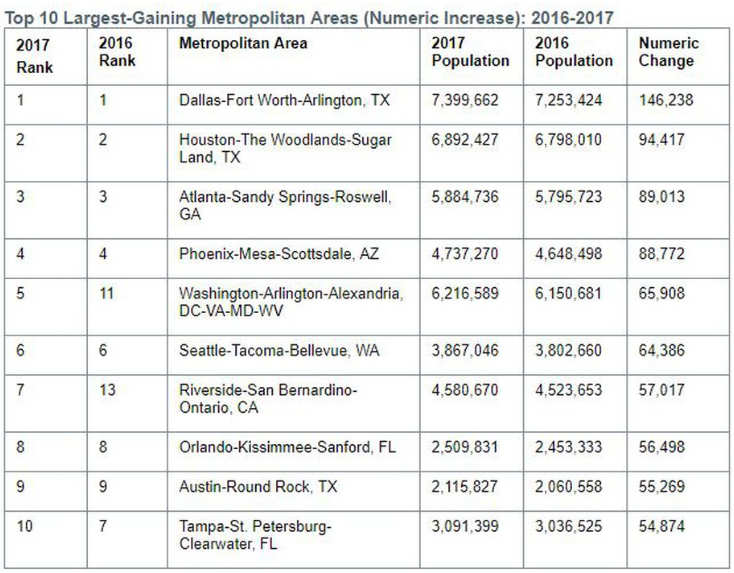 If it feels like Atlanta is getting more crowded and it is.