The True Story of a Syndication Gone South

Turn Your House into a Bank ... AKA The HELOC Snowball 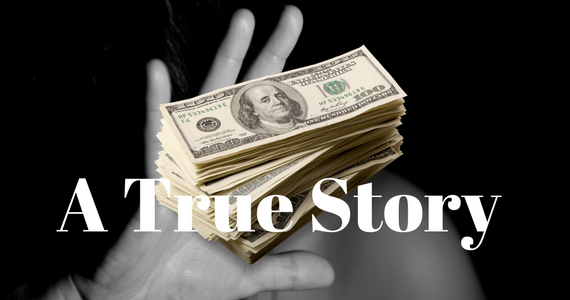 It’s what every syndicated investor fears. You have handed over your hard-earned money to the sponsor. You expect the distributions to start on time and generally reflect the proforma. Then, in a few years the asset will sell for an amazing profit and everyone involved will make loads of money! Or at least something close to all of that.

But what if things go wrong?

What if lots of things go wrong???

I have invested in almost 40 separate syndicated deals with a number of different sponsors, asset types, geographic locations, etc. I haven’t seen it all, but I’ve seen a lot. I have had deals greatly surpass the proforma and I’ve had deals go south. I’ve had deals go South and then turn out to be amazing deals. I’ve learned a lot about how to avoid the disasters and a lot about how to react when a deal is underperforming. I still love investing in syndicated deals. It is my main vehicle of choice to this day. Hopefully, my experience can help you avoid some pitfalls of your own.

If you are looking for the Blinkist version of this article so you can go on about your day, leave with this … vet the sponsor (more detail below).

Let’s talk about a deal gone south. This is a real deal that I invested in. It was my very first deal and it is still not resolved as I write this.

This deal was a house flip in Malibu, CA. I invested in this deal through a crowdfunding website. This is the only house flip I’ve ever invested in as a syndicated deal and the only deal I’ve ever invested in in California. I’m not saying that either is wrong, but I did discover that neither fits my overall strategy. The sponsor’s plan was to purchase this house for $4MM, spend a few hundred thousand on the renovation and sell it for $6MM to $7MM. The entire project was supposed to take 18 months. That was 4 years ago, and it’s still going on.

At this point, other than the limited partner investors, no one who was originally associated with this project is currently associated with this project. No one. The sponsor was removed. The general contractor was replaced. The new sponsor had to find new funding at a new bank. And the crowdfunding website went out of business. For year 2 of this project the CPA working it wasn’t sure how they were even going to provide a K1 because they couldn’t track down the information needed to create it. They did send one … very delayed … and I have no idea how they got the information they needed.

As of the latest update, the house was ‘almost done’ and it was under contract for $9MM. Two things to note there. It is ‘almost done’ 4 years later. This may be a world record rehab timeline. Think about those holding costs! Also, $9MM … that’s way over the initial estimate! So maybe there’s hope for a return after all. Maybe. Between the holding costs and the additional capital that had to be infused to the project, the margin is slim.

I cannot emphasize this enough. There is no such thing as a good deal with a bad sponsor. There are two things that you need to figure out by any means possible before entering into a deal.

Is the sponsor a good human being?

Does the sponsor know what they are doing?

Ideally, you find a way to develop some sort of relationship with the sponsor over time. This isn’t always possible, but there are a number of things you can do even without a direct relationship. Talk to the sponsor on the phone. If you don’t know what questions to ask, you can find a ton on Bigger Pockets or other websites. If they act annoyed … move on. If they refuse to answer your questions … move on. Ask them for references from previous investors. Go to places like the Bigger Pockets Forums and ask if anyone has invested with them or knows anything about them. Ask them to provide details of their past deals. Check out their social media posts. Do a background check. This may sound crazy, but sponsors are used to it and shouldn’t hesitate to give you the information you need. If they do … move on. There is always another deal and another sponsor. This will be true until the end of time. Ask the sponsor all the questions you can think of. Don’t worry about bugging them. How responsive they are during your due diligence period is a reflection of how responsive they will be during the deal. All of the above should help you answer the two main questions you need to answer about a sponsor.

Don’t Get in a Hurry

When I did my first deal I got in a huge hurry – for no reason. I had just learned about syndications. I was all fired up and wanted to do a deal immediately. I found the crowdfunding websites and I quickly had access to a bunch of deals. I convinced myself that if I didn’t act now I would never find a deal better than the one I was looking at. That is never true. I didn’t think about whether the deal fit into my overall strategy because I didn’t have one. I should have taken a few months to develop a strategy and vet a few sponsors before I invested in my first deal.

If you don’t have a strategy, you should wait to invest until you have one. Without one, you are just running aimlessly. Investing in passive syndications is not a strategy. It may be part of a strategy, but you need to go deeper. There are all kinds of syndicated deals to choose from. You can invest for cash flow, appreciation, speculation, ground up developments, single family, student housing, MHPs, industrial buildings, small multifamily, large multi family, retail, large markets, small markets, and on and on and on. I personally invest for strong, day one cash flow generally in the Midwest. This currently lends itself to small multi family and MHPs. I don’t consider any of the potential upside from an eventual refi or sale. Your strategy may differ greatly from mine. Just make sure you figure out what it is. Then find investments that fit into it. Don’t let a deal change your strategy. You developed your strategy for a reason. Stick to it.

Vet and Understand the Deal

Make sure that you understand how the deal is expected to perform and what the risks are. One common mistake that I see is investors not reading the offering memorandum (the packet explaining the deal). Many investors will jump straight to the numbers and never read the rest. This can lead to the investor expecting the distributions to start at X, when it was clearly stated within the packet that they were expected to start at Y. This is most common in deals with a preferred return (pref). I love deals with a pref. This is simply a hurdle rate (percent return) below which, all of the profits go to the limited partners. Once the returns exceed the pref, there is a predefined split between the limited partners and the general partners (sponsor). This can help to align everyone’s interests. It is very common for a deal’s expected early distributions to be below (sometimes significantly below) the pref. This isn’t necessarily a bad thing. The early months/years of a large value-add multifamily deal may require a lot of capital expenses to renovate the property. Ideally, later in the life of the deal, this difference is made up to the limited partners once the renovations are complete and rents have been increased. As an investor, you should be able to find this in the proforma within the offering memorandum. But many investors just see the pref and expect the distributions to start at that percent. Knowing the difference and reading the OM thoroughly can keep you from kicking yourself later.

Know that going in. There will be things that do not go to plan. Fires, floods, trees falling on roofs, COVID, etc. This is why you did all of that vetting of the sponsor on the front … because there’s not much you can do now. A good sponsor will handle these unexpected issues the right way and the deal will survive. With my Malibu house flip, there’s nothing I can do at this point. Had I vetted the sponsor and the deal and come up with a strategy ahead of time, I would not have invested in that deal. You need to be okay with having little to no recourse when a syndicated deal underperforms. This is what you are getting into. Your trade off for this is that you aren’t doing any of the work. This isn’t for everyone. Some people need more control than this, which is great. But if that’s you, you should likely avoid passive investments.

There are Tons of Great Deals

Don’t let the fact that there are bad deals out there keep you from doing any deals. It can be frustrating early on trying to get comfortable with sponsors and deals and terminology, but it’s worth it. After a while it will become second nature to vet a sponsor and ask the right questions and read an offering memorandum. The trade off of lack of control for not having to develop and execute the business plan works great for me. I have found passive syndicated deals to be a great fit. And I like them even more after learning the lessons above.