You are at:Home»Mortgages»Mortgages for Self Employed People
By Jeff Stout on May 19, 2011 Mortgages

Since the peak of the real estate boom a few years ago, mortgage terms and programs have been subjected to more and more restrictive guidelines.  Gone are the stated income loans of yesteryear, and the biggest losers in that change are self-employed borrowers, some of the hardest working people on the planet.  I should know.

A stated income loan is just what it sounds like.  The borrower, rather than proving income through traditional documentation such as tax returns, states his or her income on the loan application, and that amount is then used in the debt ratio calculations.

State income loans were initially created for self-employed borrowers, and not just so they could lie about their incomes.  Self-employed borrowers are involved in a completely different income tax structure than employees paid in W-2 wages, and because of this they have more challenges in qualifying for a mortgage loan.  For an employee, income is almost as simple as taking the latest W-2 statement and dividing it by 12.  There are generally no deductions taken from the gross income of someone in this bracket.  There are a few exceptions to this, such as any employee related business expenses that were claimed as a deduction, but for the most part, average monthly gross income is considered to be “the number”.

On the other hand, self-employed borrowers’ incomes are calculated on a net basis.  Tax deductions are more varied and even plentiful for self-employed borrowers.  This fact can result in convoluted representations of true income, especially when the borrower has a complex tax return, and thus stated income loans were created.

Well, we all know what happened after that.  Loan programs got more and more liberal with stated income programs, and it got to the point where even most loan officers were, incredibly, unaware that the income stated was supposed to be accurate.

Today, the only stated income loans around are what are called hard money loans where private investors will loan money with very high rates and fees, usually on a short term basis.

So what are self-employed people to do?

They can start by understanding current guidelines.  In very general terms, self-employed income is usually close to the adjusted gross income (AGI) on the federal tax return.  I say general terms because this number can be increased or decreased for factors such as depreciation and the types of income involved, among other things.  Income calculation for self-employed borrowers can in fact become very complicated.

It should be pointed out here that in order to use any income at all, the business must have been established for over two years.  Assuming that condition is met, a self-employed borrower should have their mortgage person perform income calculations from their tax returns in order to determine eligible income.

Current loan guidelines call for two years of tax returns for income calculation.  Most lenders will take a very conservative approach to this calculation.  For example, if income is decreasing, your chances of getting an approval may approach the impossible level.  If income for self-employed borrowers is decreasing by, say, 20%, the loan will probably be declined right there with no questions asked.  This routinely happens even if the income is easily sufficient for the loan.  Lenders are pretty freaked out right now.

In other words, most lenders will go with the lowest possible form of calculation.  If this calculation does not produce a sufficient income figure, all is not lost.  There are a couple other things that you can try.

The most obvious answer here is to kick your accountant in the pants and have him (or her) file your 2010 taxes.  This will only work if there is enough time to pull this off.  Filing the taxes is not the end of this predicament; you will need to wait for the IRS to transcribe your tax return because lenders will not approve these loans until they pull a copy of your return from the IRS directly.  This process can take 4-6 weeks.

If that is not an option, there is one other method that many loan officers overlook: AU findings.

AU stands for automated underwriting, and this is the basis for underwriting virtually all mortgage loans.  There are two types of AU, one developed by Fannie Mae (Desktop Underwriter or DU) and another developed by Freddie Mac (Loan Processor, or LP).  DU is the more prevalent of the two.

Here is the trick:  have your mortgage person run DU using the last year’s income rather than the average of both years.  If the DU findings (underwriting results) only ask for one year’s tax returns as income verification, then all you have to do is make sure the lender who is underwriting the loan will stick to the findings.  In other words, make sure they will go by what Fannie Mae is asking for and not add on their own overlays, the industry term for unnecessary documentation due to excessive paranoia.  At least that’s what I call it.

There you have it, self-employed people.  Keep up the good work! 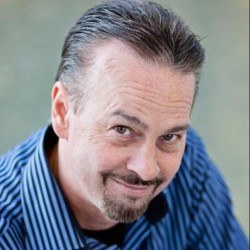 Jeff Stout
Jeff Stout is the owner of Fink & McGregor, a Utah Mortgage Broker.He is also blogs at Adore Your Money, a blog about money, and about you.He lives in Salt Lake City with his daughter, Emma.

Jeff Stout is the owner of Fink & McGregor, a Utah Mortgage Broker. He is also blogs at Adore Your Money, a blog about money, and about you. He lives in Salt Lake City with his daughter, Emma.