You are at:Home»Mortgages»Why You Should Care About Mark Zuckerberg’s Mortgage
By Justin McHood on July 18, 2012 Mortgages

This week, however, when Facebook founder Mark Zuckerberg refinanced the mortgage on his Palo Alto estate, the news made headlines instantly in publications from tabloids to investment magazines, begging the question, why?

Though it’s certainly unexpected for the world’s 40th wealthiest man in the world to finance his purchase instead of paying for the home outright, one could argue that such an event is hardly newsworthy. And yet, there are several things that Zuckerberg’s decision tells ‘normal’ consumers about today’s economy and real estate market.

Here are some things to think about:
Adjustable rate mortgages are not for everyone – Zuckerberg opted for a one-month adjustable rate mortgage (ARM) which is currently set at 1.05% on a 30 year loan. This is a financial product generally reserved for wealthy borrowers. More available for mainstream borrowers are one year ARMs whose rates are tracked by Freddie Mac, and are now hovering at 2.69%, a rate that is safely above the rate of inflation. It is important to note that the interest rates on one year ARMs has fallen slower than that of fixed-rate mortgages.

Because Mr. Zuckerberg poses no risk of default, the lending bank was able to offer him a rate that would essentially allow him to make money on the loan. Nevertheless, since most borrowers pose more of a credit risk, they aren’t eligible for these terms, and should not seriously consider an ARM even if Mr. Zuckerberg set such an example, if only because the rates could theoretically skyrocket at any point, posing serious financial problems for mainstream borrowers, while Zuckerberg and other wealthy people could opt to pay for their homes outright in order to avoid paying higher interest rates.

Today’s low interest rates are still worth pursuing – In today’s tough economy many conservative consumers are pushing off their home purchase, but perhaps they shouldn’t. With average interest rates on a 30 year fixed mortgages hitting 3.56%, the lowest rate since the 1950s, borrowers should consider the advantages of borrowing more money while the rates are reasonable and investing any surplus funds into a financial product that will yield more than the interest rate.

If possible, consider this strategy as an alternative to purchasing a home when the economy stabilizes and interest rates will undoubtedly be higher.

It’s a good idea to shop around – What’s striking about Mr. Zuckerberg’s loan is not only that he has one now, when rates are low, it’s that he’s refinancing, which indicates that he had a mortgage previously but is taking advantage of today’s low rates. This should serve as a lesson to all homeowners and potential homeowners. If you have a mortgage at rate that is substantially higher than today’s interest rate, investigate the refinance opportunities available.

While you may not be eligible for rates comparable to what Mark Zuckerberg received, you may still be able to enjoy a substantial monthly saving or to reduce the term of your loan. Likewise, if you’re considering a home purchase at this time, make sure to look at all your options and to find a mortgage that has necessarily the lowest interest rate, but the best terms for your budget and lifestyle.

Although we can learn some things from Mr. Zuckerberg’s shrewd financial plan, when it comes to personal finance, what’s good for the goose is not necessarily good for the gander. In fact, it’s rarely wise to make financial decisions based on what other people are doing, even if the ‘other’ people are as wise as Mr. Zuckerberg is purported to be. Instead, smart consumers should explore their options thoroughly and consult with an educated mortgage advisor before committing to a long-term loan. 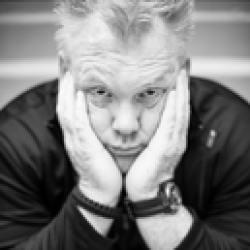 Justin McHood
Justin McHood is a Mortgage Commentator living in the Phoenix, Arizona area and is happy to answer any mortgage-related questions that you may have.

Justin McHood is a Mortgage Commentator living in the Phoenix, Arizona area and is happy to answer any mortgage-related questions that you may have.