What Is Freddie Mac?

Freddie Mac is the unofficial name of the Federal Home Loan Mortgage Company (FHLMC). It was established in 1970 under the Emergency Home Finance Act to expand the secondary mortgage market and reduce interest rate risk for banks. In 1989, it was reorganized and turned into a shareholder-owned company as part of the Financial Institutions Reform, Recovery, and Enforcement Act (FIRREA).

In the early 20th century, homeownership was out of reach for many people in the U.S. Unless you could pay cash for a home, which few people could, you were looking at a prohibitively large down payment and a short-term loan that ended in a big balloon payment.
During the Great Depression, nearly one in four homeowners lost their homes to foreclosure. The banks had no money to lend and the nation faced a housing crisis. In response, Congress created Fannie Mae in 1938 to provide a source of funding for housing. It brought a new type of mortgage to the market—the long-term, fixed-rate loan, which allowed homeowners to refinance at any time.
For several decades, Fannie Mae remained the primary buyer and seller of government-insured mortgages. Congress later did two things to boost competition in the secondary mortgage market. First, it privatized Fannie Mae in 1968. This made Fannie Mae a shareholder-owned company funded entirely with private capital.
Second, Congress created Freddie Mac in 1970. Together, Fannie Mae and Freddie Mac provide guarantees for almost half of all U.S. mortgages. These two entities virtually monopolized the secondary mortgage market until the 1990s. Then, growing federal regulation and new legislation allowed banks and other financial companies to merge. This sparked more competition from conventional companies.
Fannie Mae and Freddie Mac continue to dominate the secondary mortgage market in the U.S. today, despite concerns of these "too big to fail" companies. They both now trade publicly, with Freddie Mac trading under the ticker symbol FMCC and Fannie Mae as FNMA.
However, both companies were put into conservatorship by the Federal Housing Finance Agency (FHFA) in 2008 amidst the Great recession. The companies received financial support from the U.S. Treasury and, with the help of the Federal Reserve, the housing market stabilized. Both still remain in conservatorship.

Freddie Mac's charter is similar to that of Fannie Mae—to expand the secondary market for mortgages and mortgage-backed securities by buying loans from banks and other lenders. Unlike Fannie Mae, which buys mortgages from major retail and commercial banks, Freddie Mac buys its loans from smaller banks that focus on providing banking services to communities.

Fannie Mae is the nickname for the Federal National Mortgage Association (FNMA). It was created as a federal government agency in 1938 as part of an amendment to the National Housing Act.
Fannie Mae initially bought mortgages insured by the Federal Housing Administration (FHA) and later added loans guaranteed by the Veterans Administration (VA) to the mix. In 1954, Fannie Mae was converted into a public-private, mixed-ownership corporation under the Federal National Mortgage Association Charter Act.
It became privately owned in 1968 and two years later became authorized to buy conventional mortgages in addition to FHA and VA loans. In the 1980s, Fannie Mae started to issue mortgage-backed securities (MBSs) to provide more liquidity in the mortgage investment market. It gets the money to buy mortgage-related assets by issuing assorted debt securities in the U.S. and international capital markets.

What Kind of Loans Does Freddie Mac Service?

Freddie Mac buys mortgages and packages them into mortgage-backed securities. Banks use the funds received from Freddie to make new loans to homebuyers. That boosts the housing market and allows more Americans to become homeowners.
The FHLMC gives banks the ability to create 30-year mortgages. Without Freddie, the banks would have to keep the loans on their books for 30 years, which would tie up too much money and add risk to the banks and financial system.
Freddie resells the MBSs to investors on the secondary market. That allows more investors to profit from the real estate sector. Freddie uses the proceeds to buy more bank mortgages, which starts the whole process all over again.

The FHLMC buys mortgages from banks and other lenders. It combines similar types of mortgages into bundles and sells shares to pension funds, mutual funds, and insurance companies. Freddie guarantees that the investors will receive an agreed-upon payment each month. The U.S. Treasury Department backs that guarantee.

When an individual makes their monthly mortgage payment, the bank sends it to the FHLMC. Freddie bundles the payments with others and sends it to investors. Freddie Mac does not resell all the mortgages it buys and will keep some as investments.

The Economic Impact of Freddie Mac

Freddie Mac helps promote home ownership in the U.S., making home loans available to more homebuyers. Freddie Mac also helps make interest rates more consistent. In the 1970s, mortgage rates varied by upwards of 1.7 percent across the nation. Today, that difference is as low as 0.1 percent.
According to Fannie Mae and Freddie Mac's congressional charters, which gave them GSE (government-sponsored enterprise) status, they operate with certain ties to the U.S. federal government. The FHFA regulates, enforces, and monitors Fannie and Freddie's capital standards, and limits the size of their mortgage investment portfolios. The U.S. Department of Housing and Urban Development (HUD) is responsible for the general housing missions of Fannie and Freddie.

Fannie and Freddie's GSE status has created certain perceptions in the marketplace—the major one being that the government would bail these companies out if they got into trouble, hence the names “too big to fail.” And they were indeed effectively bailed out in 2008 after having a monopoly on the secondary mortgage market for decades.

Since being placed into conservatorship in 2008, Freddie has developed programs that help homeowners avoid foreclosures. Freddie Mac’s key purpose is to help stimulate the housing market. By backing mortgages, Freddie Mac helps lower interest rates on home loans. It’s estimated to help lower rates by as much as 0.5 percent.

Is My Loan Is Backed by Freddie Mac?

Freddie Mac won't be your lender. In other words, even if you make payments to a bank like Chase, your loan might be backed by Freddie Mac.

There are websites that provide information on whether a home loan is owned by Freddie Mac or Frannie Mae—the Mortgage Electronic Registration System (MERS) is the official government look-up tool. You can also call your mortgage servicer or send them a message to inquire about who owns the mortgage.
Fractional Ownership Previous Gentrification Next
Recommended reading 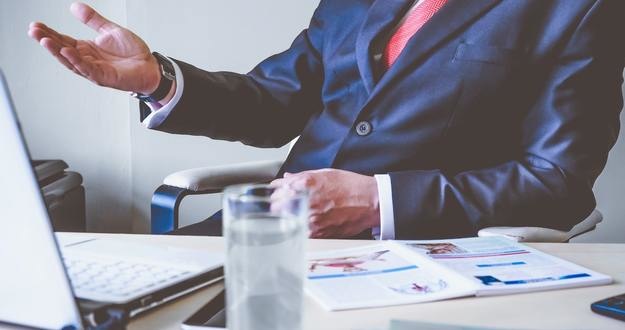 Why Too Many Foreclosures Can Lead to Devastation

Recently, I wrote about the path of progress and why one should c...

END_OF_DOCUMENT_TOKEN_TO_BE_REPLACED 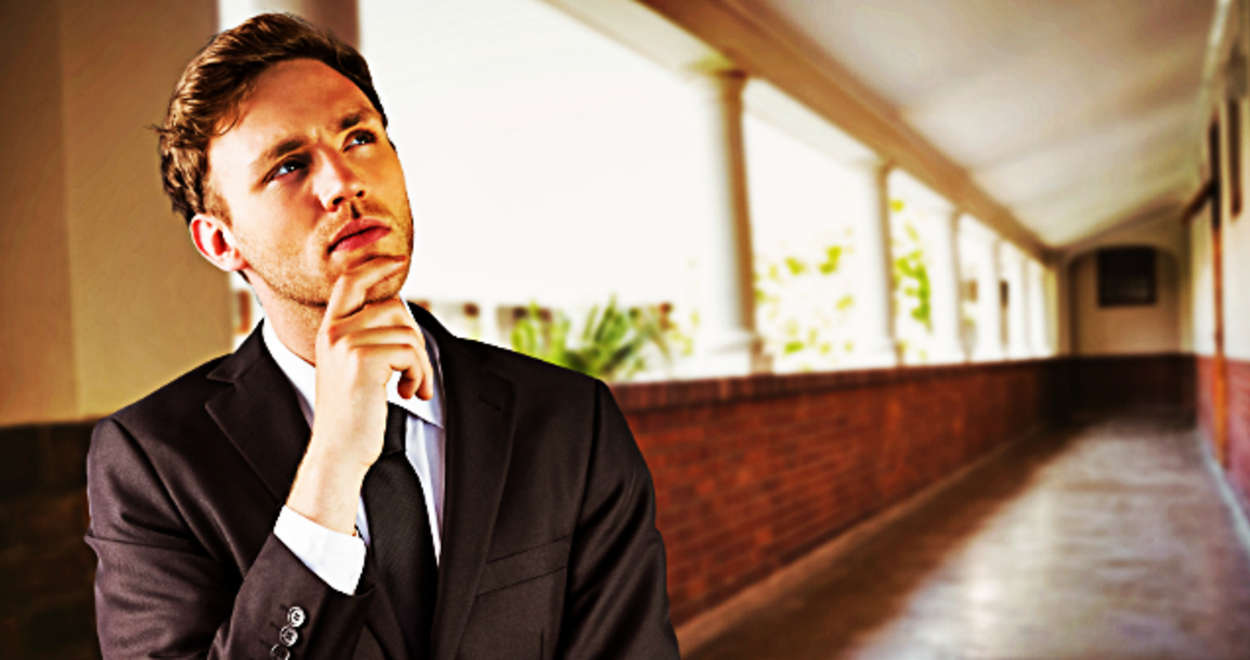 Sometimes It’s Better to Pass on Other People’s Money When Investing: Here’s Why

A few weeks ago, a close family member came to me for some financial brainstorming. He had just received a large windfall from the sale of his Chicago-area home. ...

END_OF_DOCUMENT_TOKEN_TO_BE_REPLACED 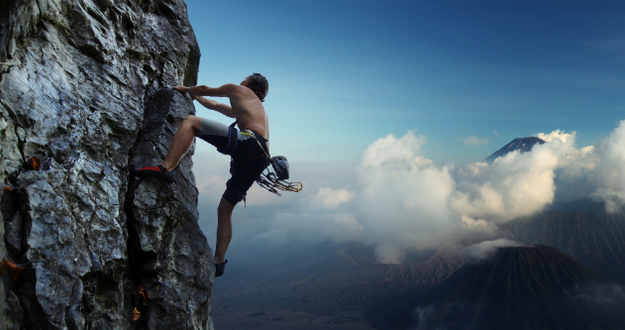 On the forum I see occasional people ask about the pros and cons of getting an adjustable rate mortgage (ARM) on a rental property. Most people who respond in the forums are against ARMs ...

END_OF_DOCUMENT_TOKEN_TO_BE_REPLACED
Related terms
HELOC
A home equity line of credit (HELOC) is when a property owner borrows money against the equity that has been built up in said property.
Learn more
Fixed Rate Mortgage
This is a fully amortizing mortgage loan where the interest rate on the note remains the same through the term of the loan.
Learn more
Amortization
This is the process of spreading out a loan into a series of fixed payments over a period of time. Although a purchasers total payment remains equal each period, the loan’s interest and principal will be paid off in different amounts each month.
Learn more
Log in Sign up