We receive compensation from certain partners whose offers may appear on our website. This is noted on an offer's detail page using the designation "Partner," where applicable. That's how BiggerPockets makes money and is able to provide its guidance, information, and tools to you for free.

While such compensation may influence the specific products we review and where they appear on the website, it does not in any way affect BiggerPockets' recommendations. We do not allow our advertisers to influence our opinion of such advertisers or their offers that appear on the website, and any opinions expressed are our own. BiggerPockets tries to present a wide array of offers, but our offers do not represent all financial services or products. Because we value transparency, here's a list of the partners with whom we partner to provide financial products, and from whom we might receive payment if you apply for and receive one of their products. 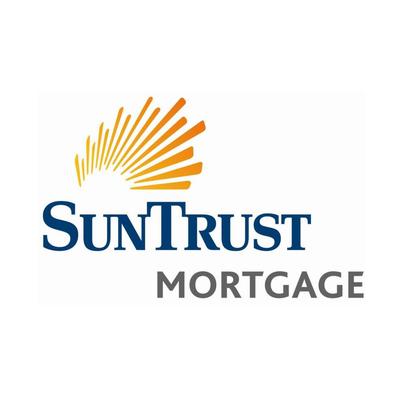 These companies are not responsible for any reviews posted on the website, nor do they endorse or guarantee any posted comments or reviews. Reviews should not be relied upon as the sole basis for choosing a financial product. Read our editorial guidelines for reviews.

SunTrust is best for first-time homebuyers and those with limited down payments, although its geographical footprint is limited to the Southeast.


SunTrust Bank has a storied history that goes back over a century. The bank started as Sun Bank in 1911 and Trust Company of Georgia in 1891. In 1985, the two bans merged to create SunTrust, headquartered in Atlanta, GA, and employing 23,000 across 1,200 branches in the Southeast.
Today, that has changed—somewhat.
In 2019, SunTrust merged with BB&T to create Truist Financial Corporation. The $28 billion all-stock deal—the biggest since the 2008 financial crisis—formed the sixth-largest commercial bank in the U.S., operating over 2,000 branches. However, customers may not notice a change: The SunTrust name will remain on its respective branches and the SunTrust.com website will remain. No near-term changes to the bank’s mortgages products or customer accounts are expected, as both banks will offer independent product lines.
SunTrust has physical branches in 10 states and the Washington D.C. Customers can apply at any of these branches or apply online or via telephone if you’re in one of the other states.
Here's a fun fact: SunTrust owned a hefty stake in Coca-Cola for nearly a century. The bank helped complete Coca-Cola’s initial public offering in 1919 and in return took shares of the company. The stake was valued at $100,000, which it held until 2012, where it sold the shares for nearly $2 billion.
SunTrust has a long history and with it has come a wide suite of products. The bank has a number of government-insured mortgage offerings and is regarded for its home equity line of credit (HELOC).

CONVENTIONAL LOANS
SunTrust offers a variety of loan products, including fixed- and adjustable-rate mortgages (ARMs), as well as jumbos. Borrowers can get a 15- or 30-year fixed loan or 5/1, 7/1 and 10/1 ARMs.

FIRST-TIME HOMEBUYER PROGRAMS
For first-time home buyers and those with limited down payments, SunTrust offers its Agency Affordable Financing. These loans are offered via the HomeReady and Home Possible programs run by Fannie Mae and Freddie Mac, and allow buyers to put down just three percent for a home.

HELOCS
SunTrust doesn’t offer home equity loans, but does offer home equity lines of credit (HELOCs), with amounts varying between $10,000 to $500,000. The draw period—or the amount of time you can borrow money from the HELOC before starting repayment—is 10 years. Bank customers can get a 0.25 percent reduction in their HELOC rate, too.

CASH-OUT REFINANCING
Other real estate-related SunTrust loan products include cash-out refinancings. How much homeowners can cash-out depends on loan-to-value (LTV) ratios and personal credit. But there's another option for accessing cash for home improvements: SunTrust's unsecured LightStream loan, which allows you to borrow between $5,000 and $100,000. This loan doesn’t require putting your home up for collateral and offers same-day access to funds. The current interest rate is as low as five percent and offers repayment periods of between two and 12 years.

SunTrust does offer investment property loans, although they look for at least 20 percent down. The bank is very competitive with its HELOCs. However, their HELOCs, generally, cannot be used for investment properties.
SunTrust will lend up to 90 percent of LTV and pay many of the related costs. In particular, Seth M. Jones, Florida rental property investor, said “Suntrust Bank will go up to 90 percent LTV for qualified customers, and pay closing costs as long as there is an initial draw ... they have very competitive HELOC's.” SunTrust tends to offer HELOCs with “all expenses paid including appraisal,” added South Carolina’s Craig Johnson.

SunTrust does offer an online application, where the borrower can complete a profile and upload necessary documents online. You'll need to provide much of the same information as many major banks, like your name, social security number and addresses. They ask for the type of property you’re looking at buying and the purchase price, as well as how much of a down payment you have.
The bank will also look for information on assets and income, including all financial obligations and the ability to repay the loan. The application also asks for all other real estate owned. In terms of documents, you can upload verification information, as well as tax returns and employment documents online within the application.
SunTrust also has a mobile app, called the SunTrust SmartGUIDE. This allows you to fill out applications via mobile devices.


SunTrust not right for you? Read more mortgage lender reviews.

Learn More on BiggerPockets:
Our editorial team’s recommendations are a result of their independent and vigorous research. Our writers and editors are never made aware of which companies have established partnerships with our business team prior to writing their reviews.