SHOULD YOU COLLECT YOUR RENT IN CRYPTO? 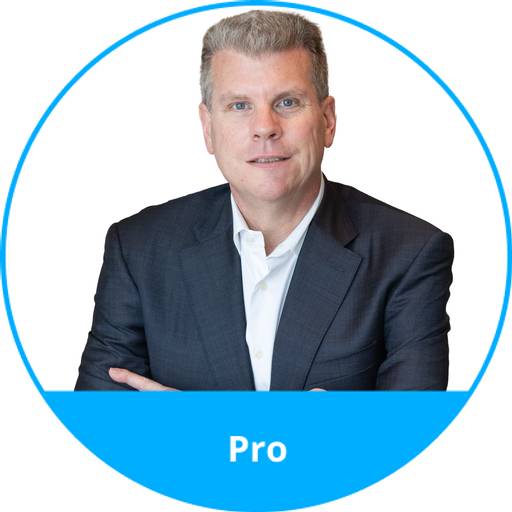 WHY TRIPLE NET (NNN) PROPERTY INVESTING IS SIMPLY THE BEST!

The unequivocal answer is yes! … With a few cautions.

Most people when they hear the words crypto, cryptocurrency or blockchain start freaking out about the Wild West of financial scams, money laundering, Bitcoin, HODL, Wen Moon and the Dogecoin Dog memes.  No doubt those all have happened within the crypto space. 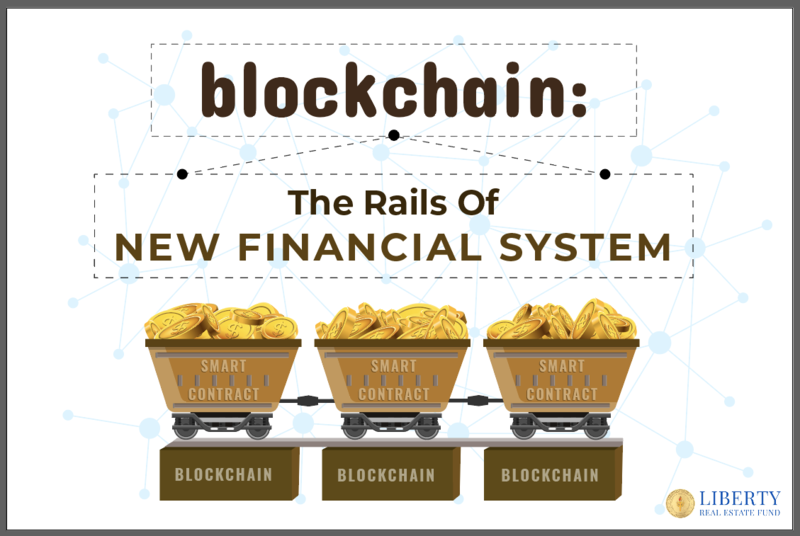 What you should look into is that blockchain is the rails of the New Financial System and right now we are in the early stages of a massive shift away from paper money, bank wire transfers, savings accounts and maybe even the current banking system.

“We believe that cryptocurrency is here to stay. We believe that bitcoin is a right investment for us. We’ve allocated a percentage of what would normally go into the capital markets into bitcoin.”

Blockchain is a Distributed Ledger System similar to a worldwide spreadsheet that records transactions permanently, irreversibly and in the case of public blockchains, publically. The best Blockchains are decentralized which makes the less vulnerable to attack or malicious intent. Visa, Mastercard and big banks have centralized databases so once hackers get in they can affect thousands if not millions of accounts.

Blockchains can be public or private and can be compared to telephone systems. Bitcoin runs on the Bitcoin network, Ethereum runs on the Ethereum network, Alogorand runs on its network.

When a new block is added to Bitcoin it is only added to that chain because it is running on the Bitcoin network.

Not All Cryptocurrencies are the Same

There are thousands of Cryptocurrencies and I like to divide them into a few categories for easier understanding: 1.) Currencies; 2.) Networks (Layer 1 Protocols); 3.) Software programs/projects; 4.) Digital Assets. Some of the bigger names in crypto can have one or more of these characteristics.

Currency can be used for storing and transferring value (notable examples: Bitcoin, Litecoin, Bitcoin Cash, Monero,). There are also crypto currencies backed by gold or by holding central bank fiat currencies (notable examples: ‘USDC’ = Dollar; ‘USDT’ =Dollar; ‘EURS’ = Euro; MakerDAO’s DAI is pegged to the U.S. dollar; Paxos Gold ‘PAXG’ and Tether Gold ‘XAUT’ are backed by gold reserves or a basket of currencies like Terra SDR which is based on the International Monetary Fund Special Drawing Rights basket of currencies.

These are the tokens that run on top of one or more blockchains and perform specific tasks or services. Uniswap is a decentralized, automated cryptocurrecncy trading exchange market. Shopping.io is a global e-commerce shopping service that allows an online shopper to use crypto currency to shop at Amazon and other online sites. These and many others utilize the public blockchain networks Blockchain Oracles are decentralized data feeds that provide external data, for example weather reports, in the case of a crop insurance Smart Contract on a blockchain between a farmer and insurance companies.

This area along with currency applications is probably the largest area for disruption. Digital Assets are tokenized titles or claims to real world assets. These can be buildings (Aspen Coin is a tokenized St. Regis Resort in Aspen Colorado), houses (RealT tokenizes smaller rental properties and they trade as the address name), land, real estate funds (Liberty Real Estate Fund I is a Net Lease property fund).

These assets and many, many more as the human mind can imagine ride on the blockchain to make them easier to buy, sell, trade and track. Being in digital form also always their owners to pledge them for loans or lend their equity to others to produce income and yield from formerly locked-up value. This area of finance is know as De-Fi (Decentralized Finance).

Isn’t Bitcoin to Volatile to Accept as Payment?

Bitcoin (12,174.84% return since 2007) might be too volatile to accept as payment and also might trigger some nasty tax issues for you. However, major corporations such as MicroStrategy and Tesla have added it to their corporate treasury. The billionaire California real estate developer Rick Caruso said his company has invested a portion of its corporate treasury in bitcoin. There are also other alternatives you might consider. 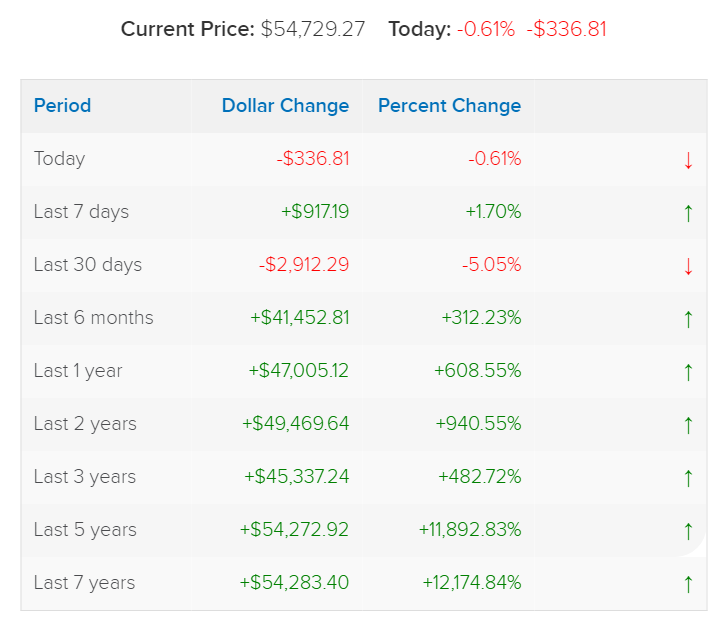 Stable Coins are cryptocurrency that have their value pegged to another widely recognized representation of value. USDC for example, is a dollar stable coin that is pegged one to one to the value of the US dollar. LODE is issuing gold-backed a stablecoin (AUX) and a silver-backed stablecoin (AGX). Paxos Gold (PAXG) and Tether Gold (XAUT) are two other gold asset options.

Getting paid in a dollar or gold stable coin get your money into the new financial system. Don’t take my word for it, major corporations and banks are using USDC to send and finalize transactions because of the speed (seconds), reliability (trackable) and ability to cross borders without stopping.

Do You Have Time To Wait Five Days For Your Money?

Let give you a real world use case. In 2020 we needed to wire money to Dubai. An international wire transfer can take up to 7 days to go from sending bank to receiving bank. The banks also lost our wire transfer (probably in the Atlantic Ocean) so we needed to resubmit the wire information and it took a total of 12 days for the receiver to obtain the money in their bank account. If we would have sent USDC or EURS they would have had their money in a wallet fully under their control in minutes or hours depending on the blockchain. The fees would also have been substantially less.

Have Your Tenants Pay Rent in a Stable Coin

The future of all currencies will be digital. If you do decide to get paid in cryptocurrency have your tenants pay rent in a stable coin pegged to the dollar. You may miss out on the potential upside of the crypto boom but you also won’t be caught short on the day that the market takes a dive. Also, you will avoid complicated tax compliance.

You will need to have a Wallet to accept payments in crypto. This can be done with your own wallet (a laptop or mobile software app) in which you control the keys or through an exchange like Coinbase or Kraken who have wallets you can set up. One of the easiest wallet available is Exodus at Exodus.com who recently completed the first Security Token IPO direct to the public, no investment banker public offering on the Securitize platform.

What Are the Benefits of Rent Paid in Crypto?

A blockchain network never takes holidays and weekends off. It is always on with instantaneous 24/7 payments every day of the year. If your tenant pays you at 11:55 PM on May 1, you have that money immediately within a few seconds to minutes. It takes 3 to 5 days for a check to clear.

No need to go to the bank and deposit checks, no need for your bookkeeper to run the checks through a scanner, no need to knock on doors to collect cash. Additionally, paying with a crypto currency saves your tenants and you transaction fees versus if they pay with a debit card or credit card.

You also have a permanent record of the transaction so if they pay on the 10th or 15th or don’t pay you have verifiable proof if it comes to an eviction.

Earn Extra Much More Interest Than a Bank Account

Enter the Financial System of the Future. You can then take the operating income from your property and keep it your wallet or convert it into fiat dollars deposited into a bank account. Or you can set up a custodial wallet for a business at Coinbase, Primetrust, Kraken or Gemini.

The money in your wallet it can be invested in a Decentralized Finance (“DiFi”) product like those offered by BlockFi to earn you yield while it is sitting in your wallet waiting for you to deploy towards expenses or mortgage payment. Currently Money Market Rates (not guaranteed) average less than one percent (0.6%). DeFi products can earn you five (5%) to seven (7%) on short term deposits.

Dollar Cost Average Out of the Dollar

For those concerned about inflation and money printing at the Federal Reserve, my partner Jason Ricks pointed out “this is a good strategy to dollar cost average out of the dollar”. As inflation accelerates you will get the benefits of both real estate and cryptocurrency as an inflation hedge.

With your money on blockchain you also have access to it anywhere in the world where there is an internet connection.

Leases Will Be Automated by Smart Contracts

Right now we are working with Tyler Harttraft of Bull Blockchain Law, Dave Barry attorney at JWRB, Securitize and Algorand to create the first model smart contract residential lease for landlords to use as a template.

Once your leases are tokenized they go from analog (paper) to a Digital Asset which can be tracked, traded and has a full history of financial performance.

The Digital Asset Will Also Be the Leases

In addition to being able to tokenize the property/building the leases for the property will also be Digital Assets. Real estate has intrinsic value as a scarce resource and useful value. In commercial real estate the value is the contractual agreement of the tenant to pay a certain rent over a certain period of time. Leases (even residential leases) can be thought of almost like bonds in that they are a pledge to pay a stream of income from the tenant to the landlord (Bond Issuer to Bond Holder) except they also have property rights.

An easier example would be car leases, which are typically bundled into a group and sold as bonds. With blockchain you can get as granular as one car lease or one apartment lease as a financial asset or as a way for tracking legal and financial obligations.

You could actually sell or borrow against the property separate from the lease(s). Blockchain reduces costs and keeps track of transactions more efficiently to enable new, creative ways to unlock value.

Leases On Blockchain Would Reduce Fraud

With longer term commercial leases between a landlord and corporate tenant the leases are usually recorded with the County Registrar to show the tenant’s property rights on the title. The tenant’s rights and obligations for the space/unit/area would be recorded on the blockchain ledger as an indisputable proof of possession for the term.

A lease on a blockchain would also create a record of payments for each tenant. Currently real estate investors pay auditing firms to go through the rent role of a property.

An entire 250 door apartment building could be audited in seconds. You could see if there are any payment issues or non-paying tenants. Sellers would not be able to hide faulty rent rolls and the records on a distributed ledger could reduce fraud.

Leases Could Be Paid Per Day Or By The Minute

Leases could also be paid per day instead of months. Micro payments enabled by blockchain could track years, months, days, hours, minutes and seconds.

The actual key to the apartment could be stored in your crypto wallet. When the smart contract is signed, the first month’s rent and security deposit are paid a new crypto key is generated allowing access.

In the case of holdovers the smart contract could be programmed to deduct the holdover penalty rent.

Property management accounting and tenant lease administration would be more efficient, saving costs and allowing for more transparency on a blockchain ledger system.

So the question really is why wouldn’t you accept cryptocurrency for rent payments? 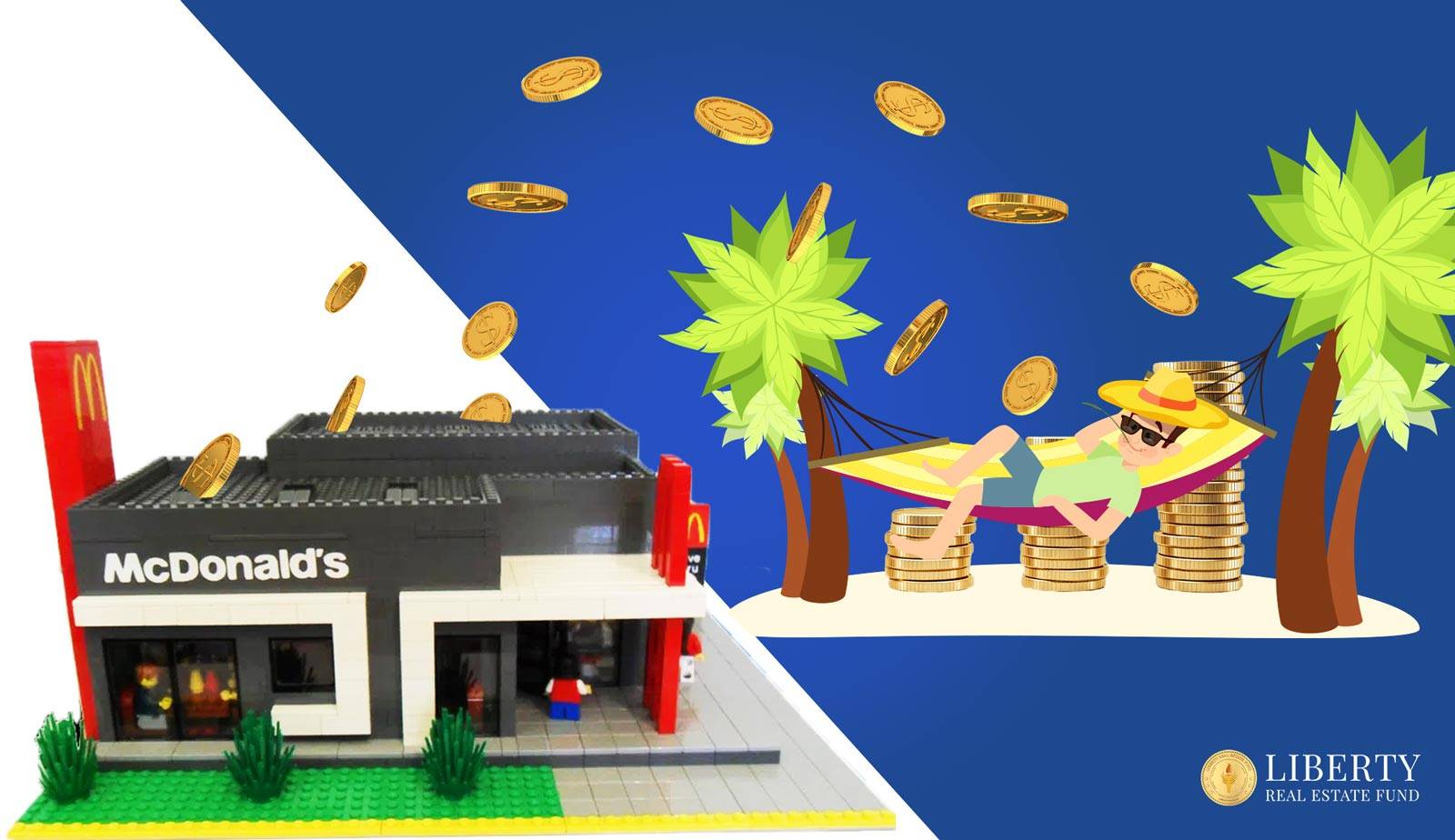 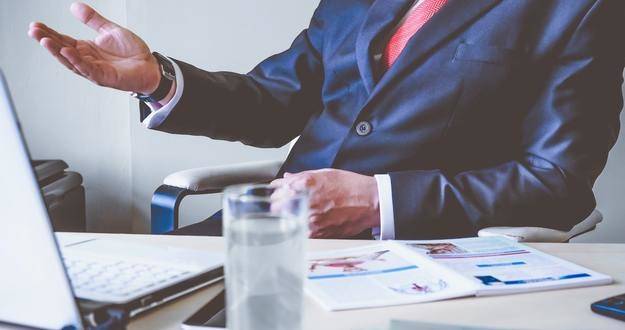 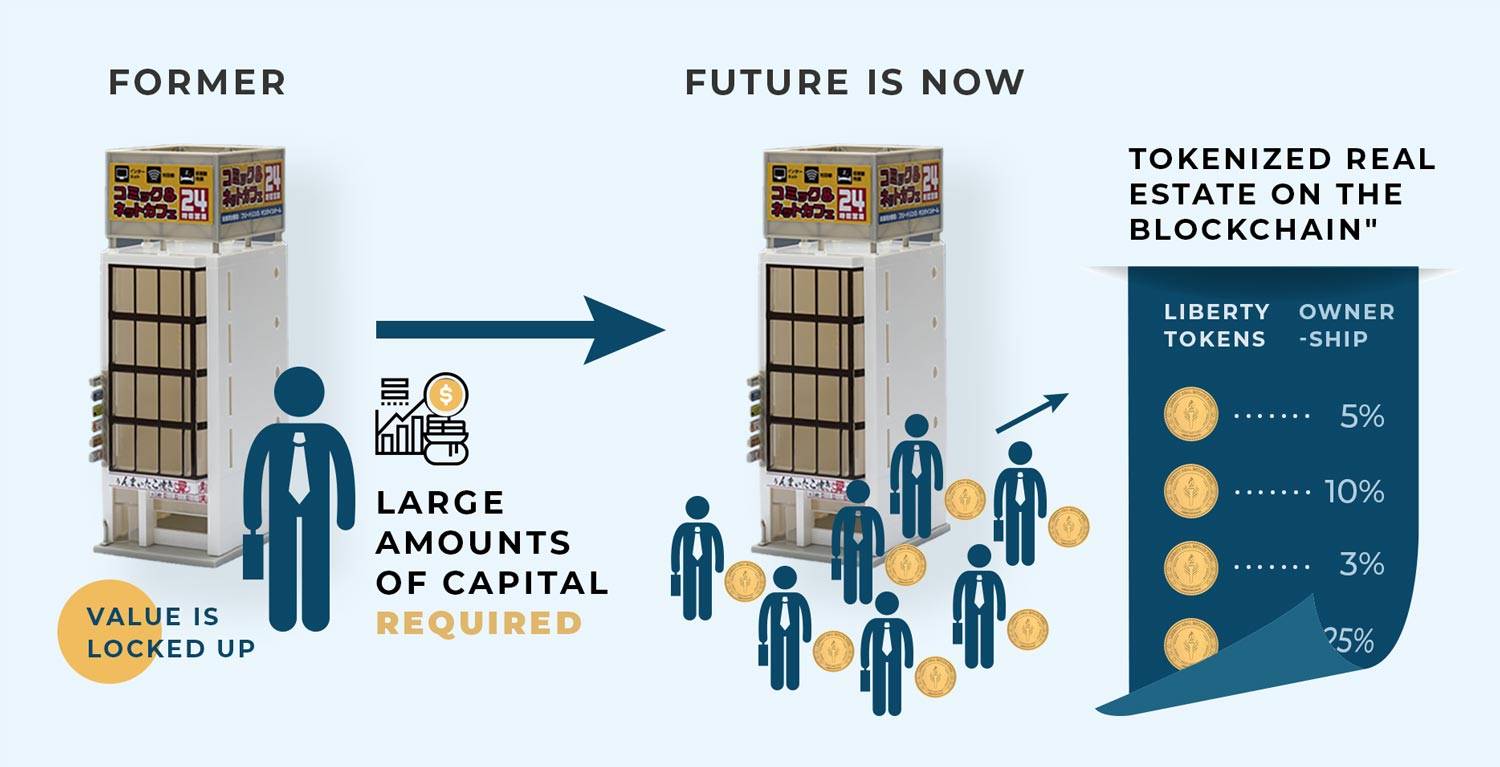 April 6, 2021 BLOCKCHAIN IS CHANGING THE FUTURE OF REAL ESTATE: ARE YOU READY?