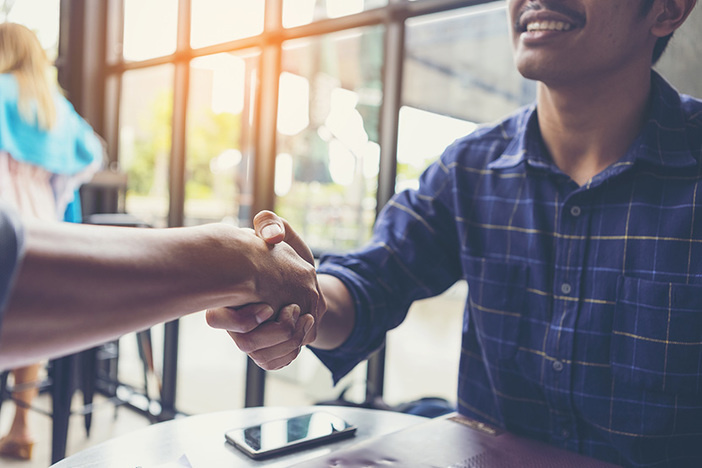 Recently, I had the pleasure of interviewing fellow BiggerPockets members Glenn and Amber Schworm! They are based out of the Capital Region in upstate New York and own Signature Home Buyers.

Glenn begins by talking about some of their marketing strategies, saying that although social media and direct mail have been effective, investing in local television advertisements (with a local jingle) has really helped spread awareness.

Glenn and Amber landed their best deal ever a few years ago, when they found a hidden gem in Guilderland, N.Y., where properties generally sell upwards of $1,000,000. He says that he often will work with agents to find pocket listings, and eventually he got the call with news of a property that had been on the market with very little interest.

This property was listed on a local listing service (not the MLS), based 30 miles away from where the house actually was. The property had a 3,000-square-foot house with a pool and a six-car garage, nested on two and a half acres. The reason this listing hadn't been snatched up was because the bank would not let the agent list the house on the local MLS. And as a result, nobody knew about the property.

Because it was listed in another area, others didn’t know the value of property in Guilderland… and as a result, it had been sitting for quite some time.

That same day, Glenn and Amber drove to the house, which was being sold for $125,000. They put in an offer of $122,000, which was accepted. After receiving a call from the lawyer, Glenn and Amber realized that the house actually sat on seven acres of land instead of the two and a half originally listed—meaning a bonus of five acres!

Related: Best Deal Ever Show #15: 2 for 1 Using the BRRRR Method With Brittany Arnason

For those asking how to find good deals on the market, Glenn and Amber say that patience and “being in the game” is key, and after being in the business for a long time, the best deals will come your way eventually. They also emphasize that it is so important to think about the possibilities of how you can utilize land. As their deal here shows, larger lots shouldn’t be a deterrent to purchasing a property that you want to flip and resell.

Have you ever thought about purchasing a property with a lot of acreage and subdividing it like Glenn? Have you ever bought a property and later discovered that it had bonus land with it?

Let us know below!