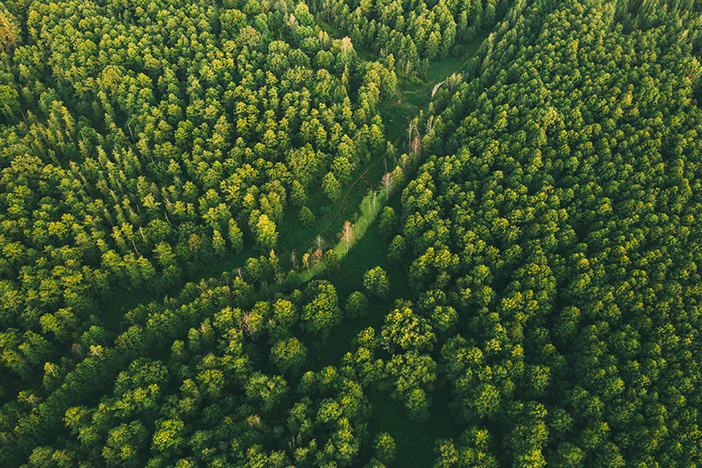 I get asked this all the time: “How do you get started in real estate investing?!”

People think you need a lot of money. You don’t. You can actually do a number of 8-10% ROI deals with very little startup capital—and you can do it very easily.

And you know what? This is actually an excellent way to start raising money for even bigger deals, namely because you can pad your resume with a number of deals—and with excellent return metrics to boot.

Lots of big markets around the country have vacant land sold by the local cities. For next to NOTHING.

I’ll use Philly as an example because I’ve actually done this there and am currently developing there. The city has auctions where they sell off land for cheap. When I say cheap, I mean DIRT CHEAP.

Before you go, “Oh, I don’t want to go to auctions and bid!”

Cool. You don’t have to if you don’t want to. There are actually a bunch of guys that hit up these auctions and put down a couple grand deposits on a few lots.

You know what they do next? They put these bad boys on Craigslist with a small markup, essentially wholesaling these deals.

Related: 4 Millennial-Friendly Ways to Invest from Your Smartphone (for $100 or Less)

Meaning he can flip it in the meantime, if he so chooses. This is where Craigslist et. al. come in. 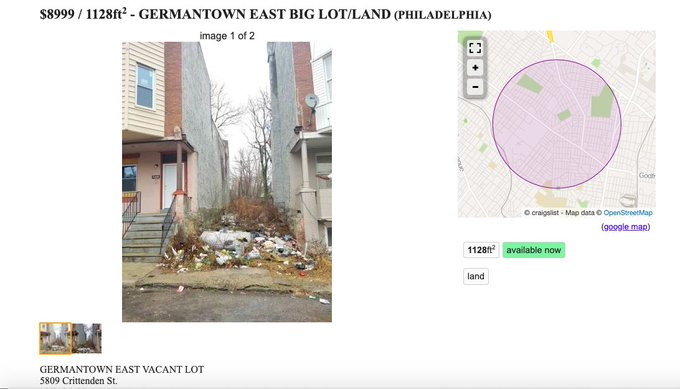 If the flipper finds a buyer inside 30 days, he sells it for a healthy profit. Let’s say, for the sake of argument, he gets $9K on a $6K investment—that’s a 50% markup.

If my man has no takers, the flipper can either keep the lot for himself or simply go get his money back. No harm, no foul. It’s a risk-free game.

However, that’s not the strategy I recommend for you. This is…

Alright, so going to the auctions isn’t exactly super efficient. You can. (I can personally think of many better things to do.) But there are easier ways.

So let’s say you buy from one of the Auction Flippers.

He makes his money. Cool, all good.

You still have a piece of land for $9K.

Guess what you can do with that land? You can hold onto it and start making that bad boy cash flow for you.

OK, so there are lots of people looking to get into real estate that can't get a loan.

That is your market!

Basically that's where you act like the bank. Don't ask for credit. They put down $500. Then you allow them to pay off the balance, plus interest—which will be high in percentage, let's say 8-10%—but relatively low in dollars and cents.

Because you don’t require credit, you take the $500. That’s your collateral.

And if they don’t pay? Simply “foreclose,” take the property back, list it again. They pay on time, you just made a 10%+ return. And we didn’t even include capital gains.

These deals are always there and they’re easy to find. After three or four deals, your portfolio now looks really solid: multiple deals with 10% returns.

Who wouldn’t want a piece of that? Now you’ll suddenly start seeing money wanting to invest with you. That’s it. That’s the hack.

Let’s use an even simpler math problem. Let’s say you buy one for $5,000. You sell it to one investor just starting out, seller-financed at 10% over three years. Ask for no money down.

Here’s the beauty of this strategy. You now have a series of case studies that show IMMEDIATE track record of returns. And guess what? Now people will approach you.

To be honest, you can mark it up 100% if you want. At those sums, your target audience won’t care and the payments won’t move the budget anyway.

You see, investors don’t wanna see hustles and big scores. They know it’s garbage and doesn’t exist. You can’t shortcut this stuff. They wanna see proven models with the discipline behind to execute them.

(If you prove me wrong, good for you. Exception that proves the rule.)

Good news here is that doesn’t take that long to prove; you only need a few.

I said it once, but the ultimate kicker’s worth repeating: If people default on their loans, you simply “foreclose,” run off with the interest profits, and list it again. And start over.

Juil Yoon New to Real Estate from Toronto, ON
Are you able to foreclose on land during the pandemic?

Travis Lucy
I see what you mean that the numbers look good, but why would a buyer willingly pay more than what the city is charging for land?

Joseph Walsh from Brookfield, Wisconsin
Here's the bigger question, why would a buyer buy LAND if they can't get credit? they can't get approved to get the funds to build anything on it. I mean, it sounds good, on paper. And the example you gave isn't build able, so what they hell is that buyer going to do with that "lot", it's about 10 feet wide. Again, on paper it makes sense. I'd love to see an expansion on this one, maybe with a usable lot, and an example of someone who can't get the loan to buy the land, actually doing something with it.

Jay Mat
I have the same question.

Jill Curran from Little Rock, Arkansas
Agreed! I see this strategy not working in my city all the time.

John Prorok from Western NY
Why are you using "foreclose" in quotation marks? Wouldn't this type of foreclosure be a real legal proceeding? Involving real legal costs that would eat into your returns? I get the message of the article, this isn't necessarily going to work every time you try it, but it seems like the article isn't touching on the risks of this strategy. Do you have any case studies you can share, both positive and negative? I think that would be helpful. Thanks.

Edwin E. Investor from Tucson, Arizona
Time and space. You can't touch every possible angle of a real estate deal in a short article.

Dave Rav from Summerville, SC
Novel idea! I wasn't familiar with this approach. One thing though, IDK if deposits/earnest $ is refundable in all locales. I believe in 2 counties near me its something like 10-20% of PP and its nonrefundable.