We just finished a BRRRR in Lincoln, Nebraska. This is our 2nd rental we have. I have included some before and after pictures as well! So we bought this house in June for $13,000. It was a foreclosure but it was in such bad shape that the bank said we don't want it, it also had $9,000 in liens against the property, but the city of Lincoln also decided they didn't want this property. So they gave it back to the owner, which is who we purchased it from. It was a win-win situation she was so happy because after the liens were paid she ended up with $4,000 cash and we were excited about the property. This house is a 1,006 sq ft bungalow 3 bed and 1 bath, with a huge (24 x 30 detached garage and a large lot with an alley at the back of the property and the neighborhood is really nice. Lets get to the part of why the bank and city didn't want it! There had been squatters living in the house both human and raccoon! The roof was shot, it had a large hole near the chimney and most of the shingles had curled up and fell off. The soffit, fascia and gutters were also laying all over the yard and no longer on the house. Most of the windows were broken and the foundation had a serious bow down one entire wall. There was literally nothing left that we could save in this house, we tore it down to basically nothing. The only things we kept were the exterior walls and the siding, it had aluminum siding on it! The house was built in 1926 and was framed with 2x4s only, so we had to reframe all the roof joists and ceiling joists because they were all sagging, we reframed every interior wall and put new headers in for all of the windows. We put all new electrical, plumbing, hvac, windows, doors, roof, cabinets, flooring, bathroom, you name it we replaced it. Luckily the garage didn't need any work, we did put new windows and doors on it, but the actual garage door was in great shape and so was the opener. So once we were done this house was completely brand new. We did most of the work ourselves too which saved a lot of money. We paid cash for the house and then got a construction loan for the project, once we finished we refinanced and pulled the $13,000 back out to use for our next project, we purchased this in June and finished it in December it was a long hard 6 months but it was totally worth it. Here is a break down of our costs...

We are on the search for our next project!! 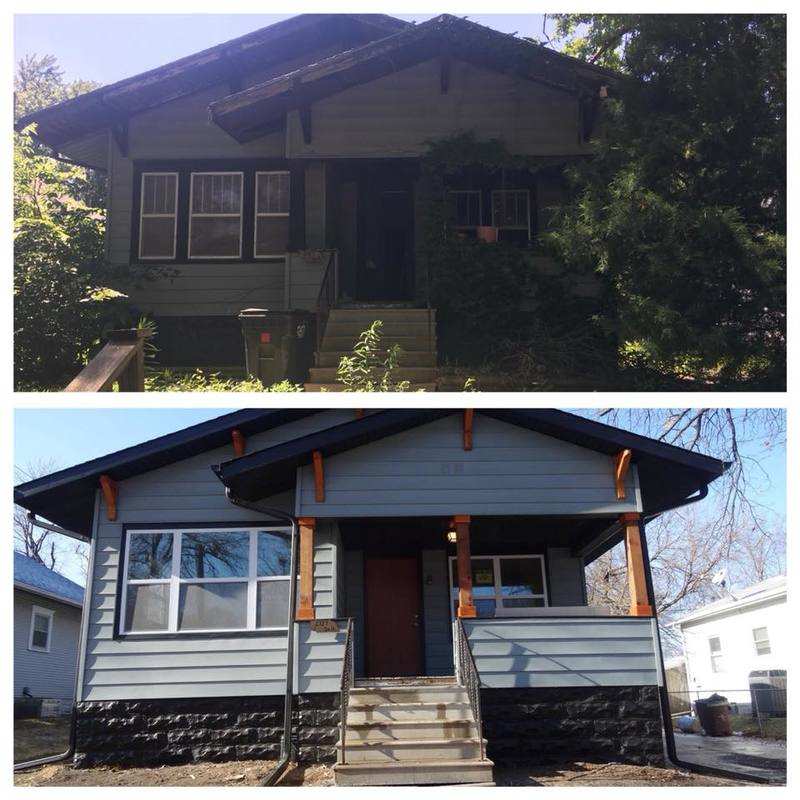 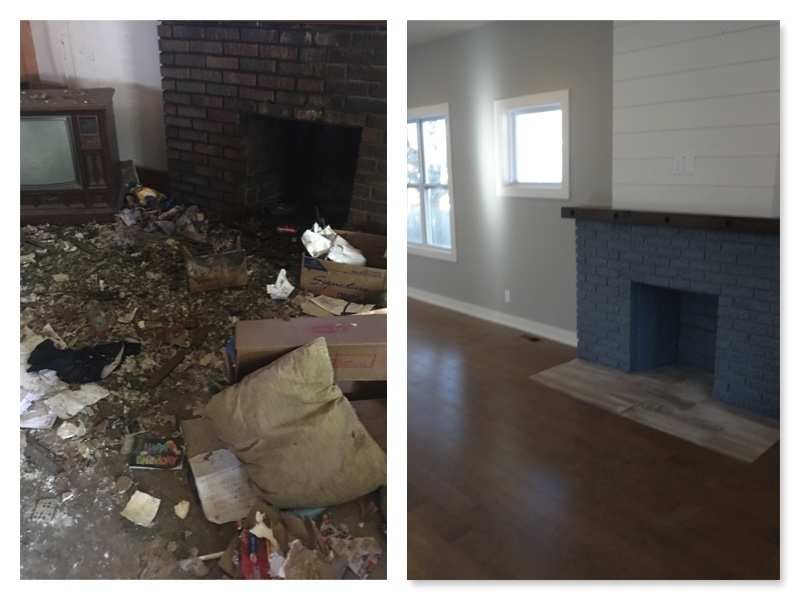 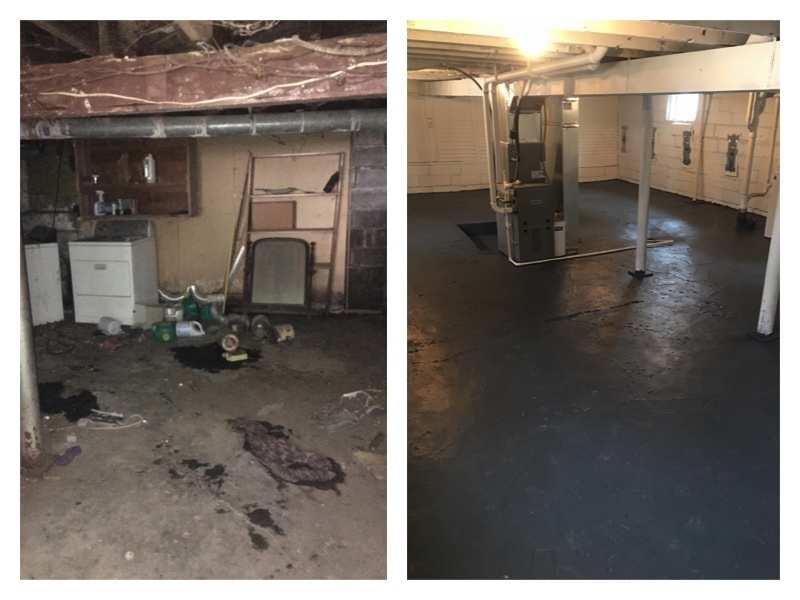 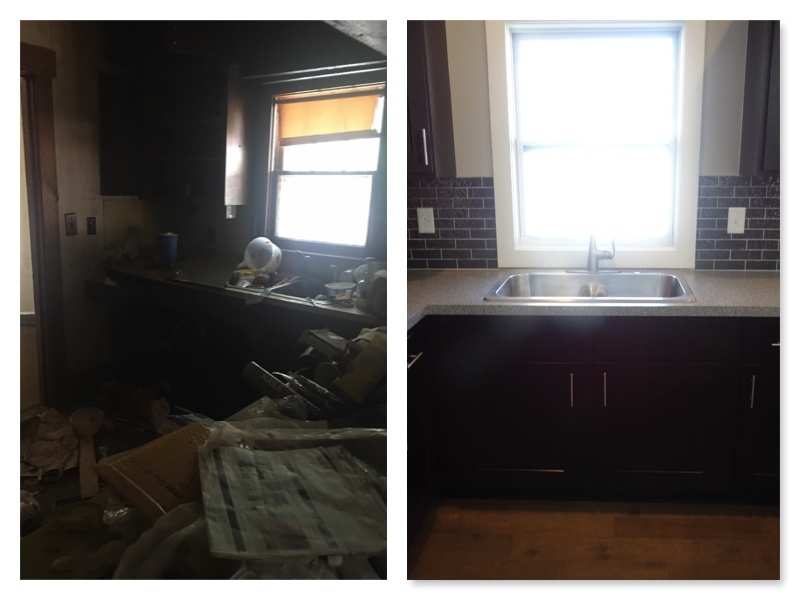 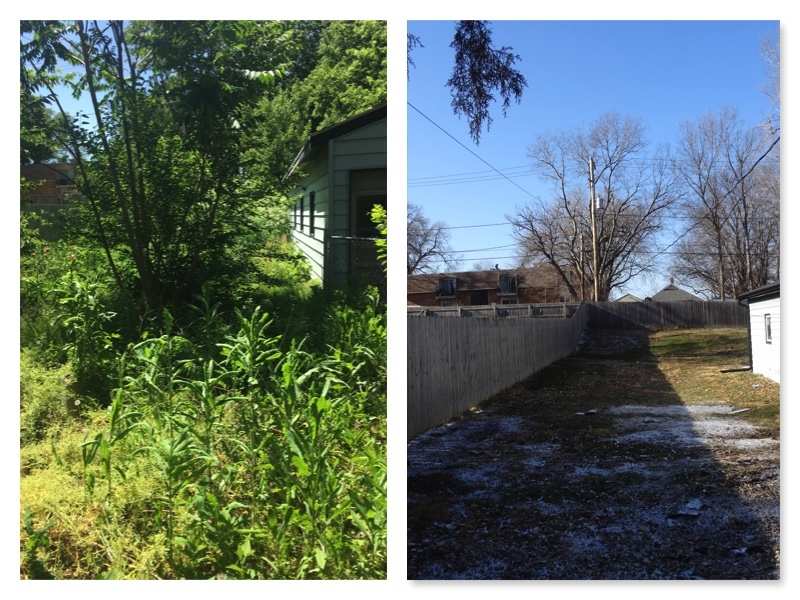 You guys did a great job! Did you have to handle the squatter situation or had they moved out by the time you got started?

Trista the squatters had moved out already luckily!

Sounds like quite an exceptional project. It's crazy how you essentially rebuilt the entire house from the inside. Do y'all work jobs while also doing this extensive remodel work? You mentioned that you did most of the work yourselves.

Hi Dave, my boyfriend and I also have full time jobs and I am also a part time real estate agent. So we spent every night and weekend for 6 months working on this house. My boyfriend is a salesman for 84 Lumber but has a construction background and knows how to fix everything. We did hire the plumbing, electrical, hvac, roof and drywall out but other we did the rest. It was a lot of work but it was well worth it, now we are on the hunt for our next project!

I want to get comfortable with the larger midwest market and was wondering if those of you in Lincoln have any events or regular meet ups?

Awesome Taija. I know you said you did a lot of the work but did you have someone reframe the roof joists? Who did you use, and do you mind sharing how much that part cost?

Also do any of you Lincoln investors have a good and affordable framer you use? I have a couple basements I'm looking to frame in.

@Kevin Brown The second Monday of every month we have a real estate investors meeting in Lincoln at 7pm at Grata. They have a facebook page called Lincoln Real Estate Investors.

@Megan Ahern Yes we used McGrew Complete Construction, they do a fantastic job. I don't remember what that part of the framing cost but give them a call for any framing needs.

@Taija Walkowiak nice remodel!! And what a wild story! I hope to be getting into the Lincoln market soon! Any recommendations?

@Jason Hawrylo my suggestion is to just make sure you know the market and don't over estimate the ARV or under estimated the construction costs.