I see so many people who are just itching to be real estate investors. However, a common theme seems to be “I want to buy and rehab a house but I don’t have any money.” Not only are they lacking funds for investment, they have little or no income and are hopelessly in debt. Then they ask about getting funding or using creative financing techniques. This is a disaster in the making.

It seems that our society has been conditioned to expect instant gratification. We are bombarded by ads for “easy financing”, “12 months same as cash”, “no payments until 2009”, and on and on it goes. The big game is coming, we can’t possibly watch it without that big screen TV. We know we shouldn’t fall for the sales pitch, but we do. We convince ourselves that the 12 months of 0% financing is too good a deal to pass up. Besides, we’ll be able to pay it off before the interest kicks in. Of course, that doesn’t happen and all of that “free interest” is added back in. Now the burden of debt is even greater.

I spent over 15 years as a Certified Financial Planner before moving into real estate investing. I was constantly seeing people who were approaching 50 years of age with kids in college. They were concerned about retirement yet had been unable to save for it. Between the mortgage, two car loans, kids in school and a mountain of credit card debt they were in a hopeless situation. Unfortunately this seems to be the rule rather than the exception.

The formula for creating wealth is so simple: Spend less than you make! Instead people are looking to get rich quick or find the “secret” to creating wealth. Our society is so focused on keeping up with the Joneses that they fail to realize that the Joneses are broke.

Most people have no idea how much they spend. They do not create a budget or set financial goals. Invariably they are unable to understand why they are always broke. Part of the problem is the use of credit and debit cards instead of cash. Studies have shown that people will spend more when using a credit or debit card instead of paying with cash. Try leaving the cards at home for a week and only use cash. You will feel a difference.

In his book, The Total Money Makeover, Dave Ramsey advocates creating a debt snowball. You do this by listing your debt from the highest to the lowest amount owed. Then you make the minimum payments on all but the smallest one. You use every available dollar to attack that smallest debt. When that is done you take the money you were paying on the smallest one and add it to the minimum payment on the next smallest. You keep repeating the process until all of the debt has been paid. This creates a snowball effect, which will allow you to pay off everything you owe. For this to work you must not acquire any new debt.

Most people desire financial freedom. However they do not understand how to achieve it or are unwilling to pay the price to do so. Imagine how different your life would be today if you had worked years ago to eliminate all of your debt. What could you do if you had no bills other than basic living expenses? 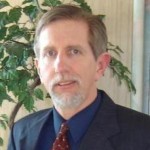 3 Critical Questions to Ask Yourself Before Buying An Investment Property
7 Common Questions New Real Estate Investors Ask and the Answers to Them
House Hacking: Now Is The Best Time To Start