The Power of Anchoring: How to Use Perception to Gain Competitive Edge 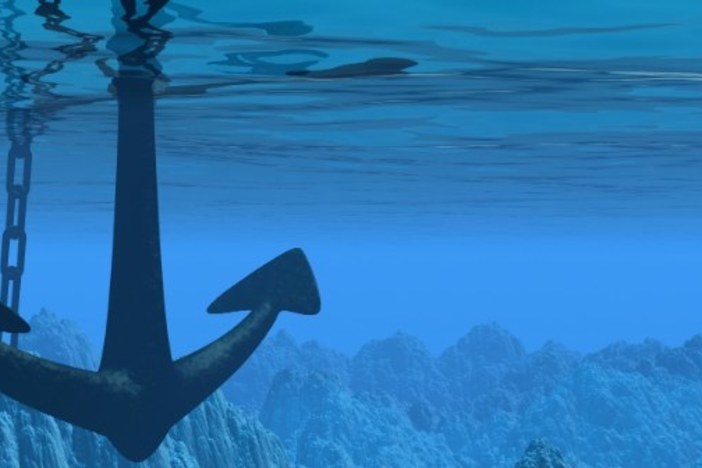 A few weeks ago, I discussed the power of anchoring with regards to negotiations. As Daniel Kahneman describes it:

“[Anchoring] occurs when people consider a particular value for an unknown quantity before estimating that quantity. What happens is one of the most reliable and robust results of experimental psychology: the estimates stay close to the number that people considered — hence the image of an anchor. If you are asked whether Gandhi was more than 114 years old when he dies you will end up with a much higher estimate of his age at death than if the anchoring question referred to death at 35.” (Thinking Fast and Slow, pg. 119-120)

I noted that because of this, it often makes sense to make the first offer in a real estate negotiation. Sure, you don't want to waste your time with unserious sellers, but anchoring "will dissolve the delusions of grandeur many sellers are afflicted with, while simultaneously anchoring a realistic and profitable price for yourself in their mind."

This can be accomplished by justifying the range of prices you would consider early on — say, if you just bought a house nearby or if you know of some comps. If they balk at your price or price range, then move on. If not, the anchor you set could wind up greatly aiding your negotiation.

Using First Impressions as an Anchor

Anchors have many more uses than just negotiating potential deals. There are also some with negative consequences you should avoid.

For example, one of the reasons it's important to keep the front yard of your rentals clean is because potential tenants will make snap judgements about it as soon as they get out of their car. You never get a second chance to make a first impression. You want their first impression (which acts as an anchor) to be positive.

Related: Are You Anchored to List Price? What Really is a Good Deal?

Indeed, many other small things can have a major effect. Just a simple bit of landscaping — bark mulch and a few well trimmed bushes — can greatly aid your property’s appearance, for example. Putting up window shutters and giving them a fresh coat of paint adds more than one would think. Window boxes work well, too.

If you don’t believe me, look at the before pictures on this fourplex we purchased — and the after pictures. As far as the front goes, not much has really changed, and the upgrades we made (to the exterior, at least) were very cheap. But just look at the difference:

And yes, we upgraded the interior too, but still, we took it over with three tenants paying $500/month. Now each tenant pays $650/month.

The Anchor of Self-Presentation

And of course this goes for yourself as well. Business Insider just ran an article called “Science says people decide these 9 things within seconds of meeting you.” The list includes if you’re trustworthy, smart, promiscuous, etc.

My brother always makes note to say you should never be ashamed of being overdressed. And there’s something to that. You come off as professional. Furthermore, this goes for more than just appearance. Just one fit of anger, if it’s one of the first thing someone sees from you, will color their perception of you for a long time to come. You should not only always be dressed for success, but you should also make sure to always be on your best behavior.

What you present is how people will perceive you. And yes, you can change that perception over time, but you’re fighting against a powerful anchor.

Anchors exist whether we like them or not, so we might as well get used to using them. Occasionally, I have to fill in as our leasing agent when we are short staffed for whatever reason. I've made it a habit first to engage the person in small talk. It may not help that much getting a lease if they like you, but you can certainly lose a lease if they don't like you.

Then, before entering the house, I say something to the effect of, “I love this house. It’s so cool.” I then discuss some of the house’s better features in glowing language with a smile on my face. Of course, if you’re a slumlord, this will come off as ridiculous and work against you. (Hint: Don’t be a slumlord.) But we do quality work and so it’s not hard to make these statements since I believe they are true.

Question: How do you tell if a man is rich?

Answer: If he makes more money than his wife’s sister’s husband.

We had a situation relatively recently when one of our employees — who had been perfectly content before — learned that he was paid slightly less than another employee at his same position with less seniority. All of a sudden, he was no longer perfectly content.

Whereas before the anchor he used to judge the quality of his wage was what he had made at his previous job, which was slightly less, now he had a new anchor — that of his colleague.

These are not easy situations to handle. In this case, the amount was so small, we gave him a raise. Had it been too much or the employee not been that good (in this case, he is a very good employee), we would have probably held our ground. This may have created a fair amount of discontent. In this incidence, that discontent probably would have faded fairly soon, but that is not always true.

Related: 4 Priceless Contract Negotiation Tips to Keep You in Control of the Deal

If there’s one piece of advice I can certainly give, it is that if you have a malcontent employee who spreads bitterness and discord, you should fire that person. Yes, first talk to him or her and try to work it out, but if there isn’t substantial improvement, they need to go. Even if that employee is good at their job, you have to end it.

The reason is that what they are doing basically amounts to firing off negative anchors all over the place that get trapped in the minds of fellow employees, vendors and the like. This negative morale can seriously hurt the bottom line. After all, happy employees work much harder than unhappy ones. Don’t let one bad apple spoil to bunch.

A picture is worth a thousand words, and an anchor is worth a thousand logical explanations. First impressions matter, as do first perceptions. The visual and behavioral anchors we use in our appearance and behavior, along with that of the products we sell, and the verbal anchors we use to set the ballpark of any given discussion are of the utmost importance. Ignore them at your own peril.

What do you think of the concept of anchoring? Have you used this psychology in your real estate business?

Please share your thoughts in the comments section below!

Michael Williams Investor from Palmetto, Georgia
The power of First Impressions should never, ever be minimized. I know this to be true because everyone Loves Me. Great article on anchoring.

Daniel Mohnkern Investor from Titusville, Pennsylvania
Very good use of anchoring, @Michael Williams. I like you more already.

Michael
So, You caught that.

Michael Williams Investor from Palmetto, Georgia
So, you caught that?

Michael
So, You caught that.

Cody Steck Residential Real Estate Agent from Salt Lake City, UT
I completely agree with the comment about being dressed well. I think it is unfortunate that our society has fallen away from nicer clothing. I am asked multiple times a week why I am dressed so nice when all I am wearing is jeans and a button down shirt with some business casual shoes. This is normal to me and I think it is appropriate to be dressed as such in public. I believe your appearance says a lot about who you are and, therefore, I always aim to impress!

Scott Worland Real Estate Investor from Chattanooga, Tennessee
Thanks for the post. It’s nice to see Kahneman cited… his book is lucid, cogent, and certainly worth the read. @Andrew: next up, “the endowment effect”?

Fitzgerald Hall Wholesaler from Atlanta, Georgia
Awesome post Andrew. I must do more research on anchoring in order for it to be effective for me. I am a brother of Alpha Kappa Psi Professional Business Fraternity so dressing to impress really hit home for me. I don’t understand why more people don’t do it. It actually makes you feel more confident even if you don’t realize it or want to admit it. Looking forward to learning more about anchors an using them effectively while negotiating.

Troy Sheets Developer from Philadelphia, PA
Great article and very timely, thank you! I’ve been talking with potential sellers on the phone and asking what they think their home is worth in its present condition…its not working out so well. They’re all high by $40k to $150k!!! I think I’m going to try anchoring with putting out a low (but realistic) number, it can’t work worse than letting them start with their number!!! 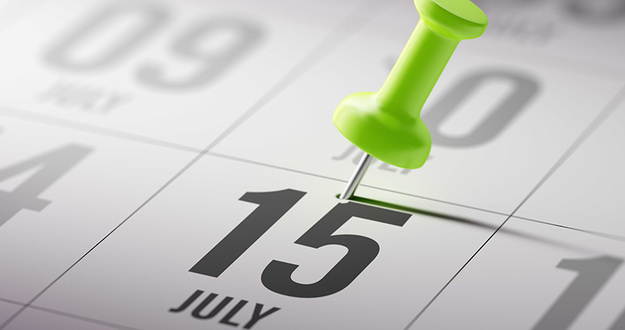 What the IRS Said About July 15 Tax Deadline (Plus, How to Prepare as a Real Estate Investor)

Filing taxes is a complex process, especially with real estate investments in the mix. There are many benefits to investing in real estate—tax deductions and credits included—but first, it’s important to understand how you can prepare to most efficiently file your taxes.

END_OF_DOCUMENT_TOKEN_TO_BE_REPLACED 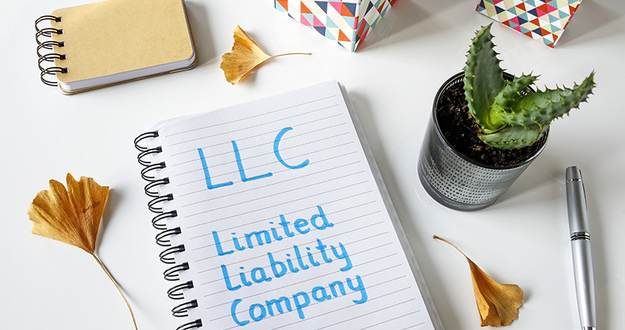 Do Landlords Need an LLC for Rental Property?

As a real estate investor, you’ll likely be concerned with how to mitigate risk in the event of a lawsuit. This is where a limited liability corporation, or LLC, can help. Using an LLC for rental property insulates your personal assets—but there are cons, too. Learn more here.

END_OF_DOCUMENT_TOKEN_TO_BE_REPLACED

This is the biggest lesson I’ve learned in the last few years. Building a talented team has helped me turn my business into a well-oiled machine that keeps working even when I’m not. Here’s how to spot a winner and recruit them to join your company’s team.

END_OF_DOCUMENT_TOKEN_TO_BE_REPLACED 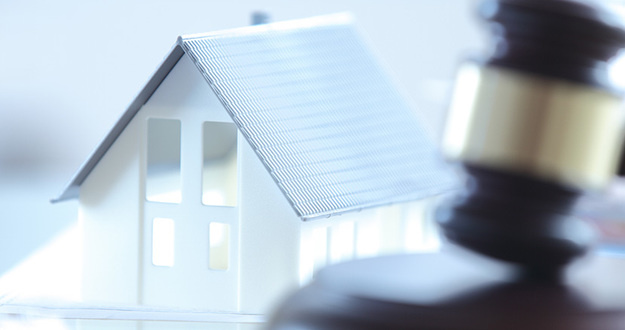 As a real estate investor, you have to understand that lawsuits are a business. If someone is looking to sue you, they’re looking to get your money. A solid asset protection strategy both keeps people from finding out what you own and limits what they can get from you.