Thinking About Firing That Employee? Then You Probably Should. Here’s Why. 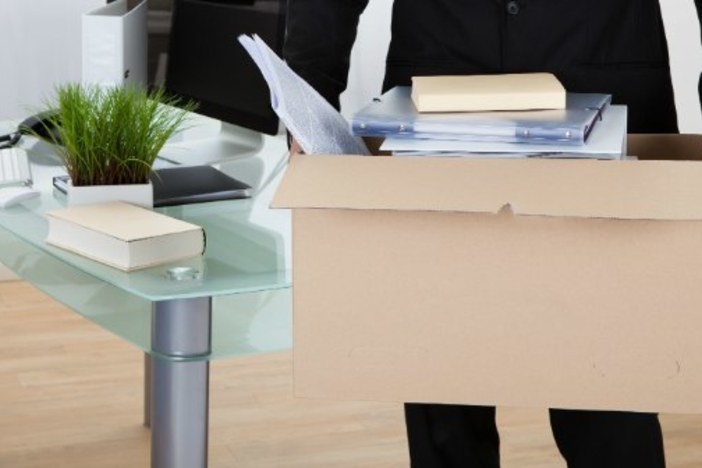 An article in Business Day makes the claim that the time you should fire someone is the first time you think about it. OK, even that article admits that may be a bit too quick, but there’s certainly a point there.

I will say this: In our 31 years of being in business, we have never regretted letting someone go. Well, that’s not completely accurate; we’ve usually had regrets after letting someone go — we almost always regret not having let them go earlier.

We had a project manager we learned was taking kickbacks after we fired him. Some of our construction guys told us a general laborer we had didn't even know how to use a tape measure (they often won't tell you things like this until after the person is gone). We knew a property manager was disorganized before we fired her, but the depths of the disorganized madness only came to light after she was gone. Our Oregon branch let go of a problematic plumber, and immediately our plumbing expenses went down by over half.

This is not to say that you should fire people at a whim. Of course, it’s a difficult thing to do, and nobody likes either firing people or being fired. But it is often necessary.

One of the advantages we’ve had is that we have a leadership team of four people. We can discuss these issues with each other and come to a conclusion. When an employee is on the edge, it comes up in our weekly meetings and we can make a plan and then hold each other accountable to that plan.

Related: 5 Tell-Tale Signs That it Might Be Time to Fire Your Property Manager

Usually it goes like this: Some employee will be struggling or being insubordinate or something to that effect. We will then schedule a time to talk to that employee and tell him or her what they need to improve on. Usually this doesn’t help much, but it’s important to do nonetheless. No one should be surprised when you fire them. And if you’ve explained to him or her that you are not satisfied with their job performance, then they should at least know that being let go is in the realm of possibility.

In addition, it’s important to let employees know about any areas of their job that you aren’t satisfied with, even if they aren’t bad employees. Many good or decent employees aren’t good at one part of their job. Say, for example, a good, hardworking employee isn’t particularly organized. These employees often do improve from such conversations. And while these conversations can be tough, they are important. One good way to make sure you have them is to have semi-annual or annual performance reviews. It schedules in the discomfort and prevents procrastination.

And it’s important to give employees these reviews in writing. Even have them sign the review and then file it away. For issues of misconduct, these written and signed reviews can help in denying unemployment. The unemployment division really wants signed documents such as these in order to deny a claim.

But these reviews and decisions are much easier when you have a leadership team like we do. Having such a team is not usually a possibility when it comes to new or smaller investors and business owners. And making the decision to fire someone on your own just compounds the difficulty.

Even with a team, I know the feeling of “am I crazy” that many bad employees can instill in you. There’s always an excuse. There’s always a reason for their bad performance that isn’t them. Bad employees seem to often be extraordinarily good at deflecting blame. If only they could take this talent and apply it to their actual job!

If you have the feeling of “am I crazy” regarding a particular employee, I can almost guarantee you — you are not. That employee is not any good, and it’s time to find someone else.

In all likelihood, you will have the same experience that we have had after virtually every person we let go, namely that we should have let that person go a long time ago.

Related: 8 Mistakes I Made That Led to the Hiring (& Firing) of a Deadbeat Handyman

It’s tough to stand on an island and make the difficult decision to fire someone, but you are the boss here and you have every right to expect a certain level of performance from the people you are paying to work for you. Effectively, employment is a trade. You trade money for their time and effort. And if their time and effort isn’t doing what you require, then it’s an unfair trade. You are being taken advantage of and it’s time to end this unfair arrangement. It will often even be better for the person you’re firing since it will give them a chance to go somewhere else and find something they are actually good at.

Just think… what are the odds that there actually is always an excuse for their bad performance? Statistically, it’s impossible.

And of course, this same logic applies to contractors, subcontractors, vendors and even clients.

So no, you’re not crazy. It’s time to let that person go.

Let us know about your experiences and the lessons you learned below!

Zak
Can’t talk from employer perspective, but from employee point of view, there are some people that are incredibly good at lying, so on paper and of words they are doing good job. But I know, that they don’t worth it… and that pisses me off! Reply Report comment

Zak
Can’t talk from employer perspective, but from employee point of view, there are some people that are incredibly good at lying, so on paper and of words they are doing good job. But I know, that they don’t worth it… and that pisses me off!

Andrew Syrios Residential Real Estate Investor from Kansas City, MO
Unfortunately, you are definitely right. And said people have a way of making you question yourself. So as a rule of thumb, i think it’s really important to know this is not uncommon and it almost always means you should fire that person

Zak
Can’t talk from employer perspective, but from employee point of view, there are some people that are incredibly good at lying, so on paper and of words they are doing good job. But I know, that they don’t worth it… and that pisses me off!

Dan Perkins Investor from Littleton, Colorado
Good article, Andrew. I would only add that timing the termination is also dependent on legal considerations. If your employee has recently filed a workers’ comp claim or a charge of discrimination, or if the employee has requested FMLA leave recently, it would be wise to consult outside employment counsel to make sure you have all your ducks in a row. I counsel employers and litigate these kinds of cases a lot. The fastest growing part of my practice is preventive counseling on termination issues. Acting quickly can be key, but having good counsel and adequate documentation of your rehabilitative efforts is equally important, particularly when you have a troublesome employee looking to get back at you for the termination.

Andrew Syrios Residential Real Estate Investor from Kansas City, MO
Very good point Dan, I should have mentioned something about legal concerns. Document, document and document (and don’t discriminate while you’re at it).