Hang on To Great Contractors for Dear Life—Here’s How 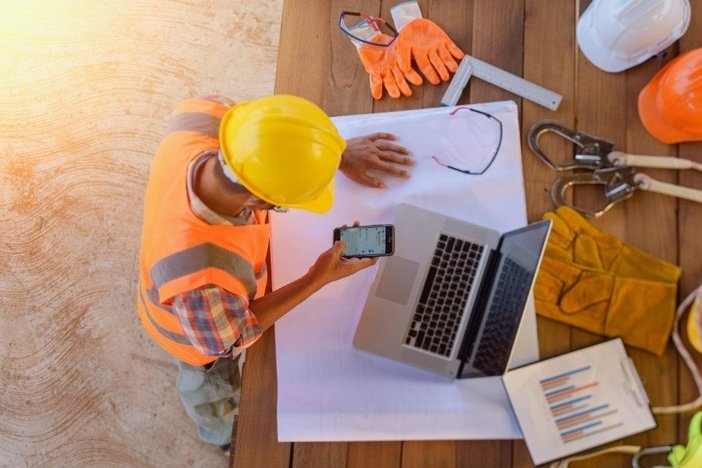 Let's talk real estate investments, exterior renovations, and contractors. We'll use one of my multifamily complexes as an example.

How to Assess What Needs To Be Renovated

The very first thing that you may notice needs renovation are the roofs. A good indication that the roofs need to be replaced is a tarp or missing shingles. In the complex in the video above, there’s a total of 16 buildings, 12 of which have pitched roofs. But there are four that actually have flat roofs.

The windows are outdated, as well. Older properties will frequently have this kind of inconsistency.

We also have to address the AC units and the parking lot. With the parking lot, we’re going to do a restripe and a seal coat and then, in addition, patch any holes. So those are some extra things that needed to be done. The brick and the masonry are fine. We’ve already painted the doors and the common areas.

In terms of the cost, we would take our initial $2,000,000 divided by the 156 units to determine the average cost per unit. A significant amount of those costs actually went to the roofs.

You want to have all of your money raised up front to take care of the improvements and also have it in your underwriting, because all of this is going to affect your returns on your money.

With an older property, you want to have a buffer in there for the renovations. It’s about 99.9% likely that there is a surprise that is going to happen when you’re going through a large-budget project of this nature.

What we’ll get into next is the AC units and how to find a contractor, because a contractor can really make or break a deal.

How To Choose Contractors (& Foster a Great Relationship)

One thing that I’ve learned when finding a contractor is that the cheapest option is not always the best. I’ve had experiences where contractors have just walked out on the job entirely. Then, you have to get another contractor in there to go over what the last person had previously done, and you actually end up paying more.

So, it’s definitely worthwhile if you have a good contractor, a great contractor, to treat them well.

For this project, I consulted with one of the greats: Rick. He’s one of our go-tos. I asked him about the HVAC.

This property has 156 HVAC systems, which is something you want to have factored into your assumptions when you’re underwriting a deal. You’re going to have to take care of those.

I asked Rick if he could, based on his experience, discuss what he anticipates going into this project. How many will need to be replaced?

“I was not initially involved in the determination of what was to be replaced. The criteria were based on certain styles of cabinet, certain brands. For example, one has a wire cage around it. That’s no longer a current design, but as long as it was correctly installed in the first place, it’s got legs.

“They asked me about the longevity in some of them. I don’t want to be a smart aleck, but they run until they quit, and that’s a crystal ball question. So don’t replace it if you don’t have to replace it—that’s absolutely not necessary.

“Another contributing factor to premature compressor failure is congestion in units, because they’re unable to distribute the heat.”

This is why it’s great to have a team. And when it comes to finding contractors, it’s best to get a referral and to really establish that relationship. You can see when they do what they say they’re going to. We pay them on time, they come back, and vice-versa. So they get things done, and we enjoy working with them.

So again, it’s vitally important when you do have a great contractor on your team to treat them well, pay them well, and pay them on time and build a positive relationship.

How do you find and keep quality contractors?

By Sterling White
Sterling is an multifamily investor specializing in value-add apartments in Indianapolis and other Midwestern markets. With just under a decade of experience in the real estate industry, Sterling was involved with the management of over $10MM in capital, which is deployed across a $18.9MM real estate portfolio made up of multifamily apartments. Through the company he founded Sonder Investment Group, he owns just under 400 units. Sterling was featured on the BiggerPockets Podcast and has been contributing content to BiggerPockets since 2014, with over 200 posts on topics ranging from single family investing and apartment investing to wholesaling and scaling a business.
Read more
3 Replies

Lance Durham Contractor from Menifee, CA
I agree as well. That last sentence really does hit the nail on the head from a contractors stand point. Real Estate and contracting go hand in hand. Trust worthy relationships play a vital role in the success of both.

Jessica Moreno
Treat them well, pay them well, and pay them on time and build a positive relationship.