Investors, Beware: Your Optimism Could Become a Money-Draining Curse 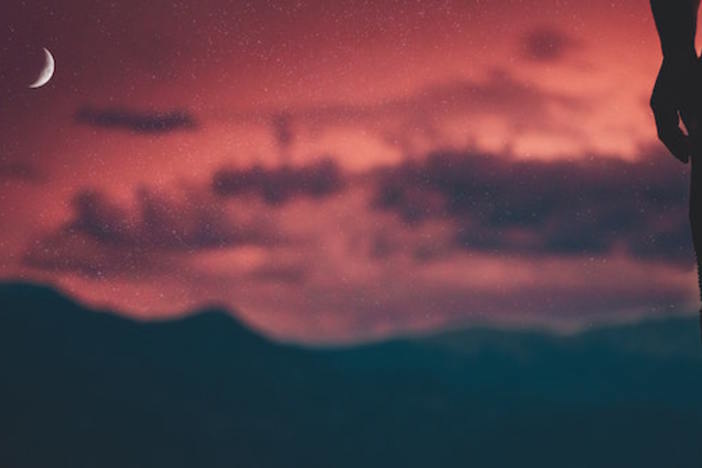 When I quit my job at Ford 25 years ago, I was so excited to tell my friends that I was "an entrepreneur." That evolved to "serial entrepreneur and investor." And sometimes it devolved to, "Honey, how are we gonna pay our mortgage this month?"

Over the years, it’s provided lots of memorable moments. Like:

As we were planning to sell my first company to a publicly traded firm in 1997, my more experienced business partner said, “When we go from making $100,000 or so per year to putting a few million each in the bank, investment opportunities we only dreamed of will open up to us. People with financial resources have opportunities to invest in deals the general public doesn’t have access to.”

He Spoke the Truth!

What he didn't say is that those with significant financial resources also have opportunities to be swindled and taken advantage of in ways that those who invest in the broad stock market, the bond market, etc., will never have to bear. (Yes, they bear the less-obvious pain of investment advisors acting in their own self-interest and lining their pockets with high fees and such. But that's another story.)

Additionally, entrepreneurs bear the side effects caused by…

The Curse of Optimism

I’m a super-optimistic person. Studies show that the importance of optimism cannot be overstated.

It is clear to me that what we believe and speak about our health affects our immune system. We were designed with incredible power to determine our physical destinies. And it’s also clear that optimism will lead to greater success in your life and business.

Related: Is Optimism Killing Your Budget? How to Mitigate Risk by Playing Devil’s Advocate

Being involved on BiggerPockets actually fuels my optimism and brings me joy and greater success. I’m super-grateful to Josh Dorkin, Allison Leung, and others for the platform they have built. If you have yet to dive in deep here, I invite you to take the plunge. Being a Pro member accelerated my success and fun here!

I try to live out each day with a positive mindset. My morning declarations include quite a few that remind me to live with optimism, joy, and enthusiasm.

But Optimism Also Has a Dark Side

The greatest investor of our time, Warren Buffett, said that “optimism is the enemy of the rational investor.”

Prominent economist Peter Bernstein said, “The riskiest moment is when you think you are right.”

Related: Framing: How to Harness the Power of Perception to Win Big Deals

This entrepreneurial optimism has led to a lot of “brilliant” assumptions in my real estate career. Like:

I’ve said it often, but it bears repeating here…

I’ve been married for 31 years, and I’m all about love. That’s not what I’m talking about. I’m referring to real estate.

But speaking of love and marriage, note how similar this process can be to the gap between many people’s view of their significant other while dating versus those views after being married awhile. Those negative character traits that seemed cute during the courting process can come back to bite the married with painful intensity.

If you fall in love with a real estate deal you’re considering, your brain will similarly begin to look for everything good about the deal and screen out, ignore, or even reverse everything negative.

Seriously, if you fall in love with a deal, you’re sure to get burned. So…

Brandon Turner has been preaching this for years, and you would be wise to heed his advice. Most real estate investors have sad stories about the times they ignored this critical principle. I don’t want you to be among them.

Falling in love with the numbers means not getting emotionally invested in a deal. You can guess you’re doing this when your left brain starts using logic to convince yourself and others to do what your right brain desires.

Remember that we all act based on desire — from the right brain. Then we use our left brain to come up with reasons to sell our spouse on it (wink wink).

Train yourself to desire good numbers first. To be objective and accountable. And please don’t fall in love with your real estate deal.

To win friends and influence people, succeed in real estate, and live a long healthy life you need to be an optimist.

But if you want to be wise and avoid the curse of optimism, you’ll listen to a guy who has gotten it wrong many times in the past two decades.

(I’m much better at this now. Really. And I think my wife’s issues are really cute again. Since she forgave me about the health insurance thing and all.)

So, what about you? Do you have any tips for remaining a real estate optimist while avoiding its deadly curse?

I’d love to hear from you below!

Allan Guerra
Interesting post! I think we can learn a lot from experiences and wise folks like you. Thank you.

Paul Moore Investor from Lynchburg, VA
Hi Allan, I appreciate your kind words. Thanks for reading.

Matt Franklin Rental Property Investor from Portland, OR
“Falling in love with the numbers means not getting emotionally invested in a deal.” — words to live by! Thanks for another great post, Paul!

Paul Moore Investor from Lynchburg, VA
Most of the time, we must take emotions out of the picture to really get clarity. Especially with commercial real estate. Thanks for your comment Matt!

Amanda Gant from Washington, DC
I just fell in love with the numbers, and took a calculated risk on a place. The condo had a small leak coming in from an exterior wall, but is in a well-maintained, well-funded building. Calculated risk? Yes! Worried a bit. Yes! But, I really think it can be repaired. I’ll tell you how it goes. This will be my third rental unit. Hoping to keep on going once I can cash-out refinance on my first property, maybe in 6 months!!

Paul Moore Investor from Lynchburg, VA
Amanda, congratulations on getting your third rental unit! Falling in love with the numbers is good, as long as you have verified all numbers to the best of your ability. Potential rent, repairs, property management fee, vacancy, etc. A lot of people jump into deals without getting actual quotes from multiple sources. Sounds like you are doing it right!

Account Closed from Gilbert, Arizona
I see overly optimistic/confident people rushing in to make financial mistakes based on some promoter selling the next big thing. At the end of the day it is about numbers and several other factors. In the past I have been overly optimistic with a couple of business dealings and have been burned (I didn’t do my due diligence). A lesson well learned. BTW.. I have just finished your book….great reading. I have registered with Welling’s and am looking forward to being involved with some of your projects.

Paul Moore Investor from Lynchburg, VA
Bob, thanks for commenting. We MUST verify the controllable aspects of the deal by doing everything humanly possible, before jumping into a deal. Appreciate the kind words about the book. Hope you are well, feel free to reach out to me anytime. We look forward to working with you in the future.

Paul Moore Investor from Lynchburg, VA
Jim, thank you for reading it! It was great chatting with you on the phone last week. Feel free to reach out to me anytime.

Michael Howell Contractor from Bessemer, AL
Excellent story Paul. I appreciate your openness and honesty. Like you, I’ve been gung-ho and overly optimistic. Thankfully I’m becoming more and more balanced over the years. Bigger Pockets has already begun to bear fruit helping me to see this as a numbers game. I’m a mix of my Dad and Mom. Aside from the obvious, genetically, I’m a blend but optimism and pessimism. My Dad was the quintessential optimist. He lived to almost 90. Mom who is 90 and still alive is the polar opposite. Early in my contracting/investing/real estate adventures I was 95% Dad and 5% Mom. The ratios have changed a lot after experiencing some of the same things you’ve written about. So nice to know I’m not alone in the universe after all.

Paul Moore Investor from Lynchburg, VA
Thank you, Michael. Sounds like you have a great optimism/pessimism mix. Life is all about balance 🙂

Antonio Torre from West Sacramento, California
Yes, thank you Paul for sharing solid truths of optimism, realism, numbers, and balance. BiggerPockets can very well also be channeled towards “MorePockets”. Each of life’s lessons is an extra pocket, another arrow in our quiver, another gray hair of wisdom. The contents are not solely of money, but jewels of character traits. May our persona be covered with many pockets, filled with jewels of wisdom, and always share their uplifting contents with others.