The 20 U.S. Zip Codes Most Affected By Gentrification Since 2000 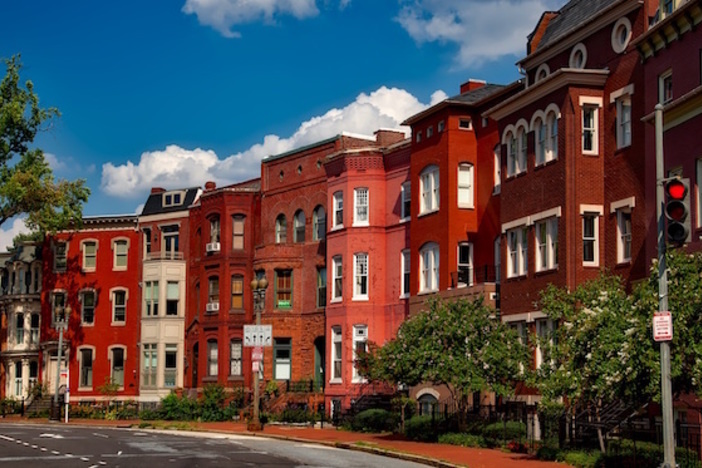 Love it or hate it, gentrification is a factor in today's real estate market. Generally controversial, gentrification's often-negative connotation comes from the notion that it displaces poor people — often minorities — in favor of yuppie, middle-class types.

In 2015, Slate argued that this type of gentrification is actually a myth — that the socio-economic status of most neighborhoods is strikingly stable over time — and calling for the politically loaded, long misunderstood term to be retired at last. A noble request, but one that has not been met by the masses.

In fact, America’s obsession with gentrification continues, reflected in entire-town renovation shows like Home Town and Fixer Upper. And new research from RentCafe analyzed the 2000 Census and the 2016 American Community Survey to look for changes in 11,000 US zip codes over the past 15 years — culminating in a list of the “20 most gentrified zip codes in America.”

The methodology is as follows: The analysts looked at three data points “crucial in determining whether gentrification is present: the median home value, the median household income, and the population that holds a bachelor’s or higher degree.” Says RentCafe: “The gentrification coefficient that gave us the final ranking is a simple average of the ranks the zip codes obtained in these three categories.”

Related: Buying in Advance of Gentrification to Maximize Appreciation

And the Winners Are…

The table below showcases the 20 US zip codes that have gentrified the most from 2000 to 2016, starting with the most gentrified: As you can see, Los Angeles’ 90014 came in on top with a 700 percent home-value change over the past decade and a half. Meanwhile, more than half (12 out of 20) of the most gentrified zip codes belong to East Coast cities — with zip codes from Brooklyn, Philadelphia, DC, and Manhattan appearing more than once on the list.

Home Values & What it Means

The average 2016 home value in the 20 zip codes identified as “most gentrified” was $446,730, with an average increase of no less than 224 percent since the year 2000. Interestingly, this increase took place amidst a wave of supply growth — 19 of the top 20 gentrified zips experienced increases in the total number of households between 2000 and 2016. Below are the zips with the biggest increases in home value since 2000. What does it mean? It means that if you invested in these zip codes during the past 17 years, your investments are killing it! Read more of the findings here!

What do you think about gentrification? Is it cruel and unfair or a necessary advance?

Share your points of view in the comments below!

By Lindsay Tucker
Lindsay Tucker is a writer, editor, and real estate junkie in Denver, Colorado. Check out more of her work at lindsaytucker.com.

Lindsay Tucker is a writer, editor, and real estate junkie in Denver, Colorado. Check out more of her work at lindsaytucker.com.
Read Less
10 Replies

Dan Redmond Real Estate Investor from San Francisco, California
I find these results weak for one specific reason, there is not one San Francisco Bay Area zip code. Yes, San Francisco was going through the dot com affair that became the bust at the end of 2000 era, so for the purposes of this survey the gains may be off as prices happened to be high then. If this started with 2003 for example, the results would be much different, I am sure. We purchased a property in 1998 and even after having a FIRE and selling as a major fixer, we are enjoying a 350% gain from when we purchased in 1998. Look at any blog, website or communication and often the number one topic is the cost of housing in the Bay Area. The education level of our hood as gone up just as much. Not that it has added to any enjoyment. These results have weakness.

Matthew Cottrill Rental Property Investor from Huntington, IN
You make an interesting point, that this data really looks at gentrification, not specifically real estate values. Looking at the Case-Shiller Home Price index at the FRED, real estate values in the entire SF metro have increased by a bit less than in LA, the top on this list. San Francisco median income has only risen 34% since 2000, with a relatively small population increase. That’s less than inflation! The other metric they examine is education. San Francisco is currently one of the top three most educated cities (after Seattle and D.C., depending on how you metric it). I’m having a hard time finding comparative data, but I suspect it was similarly credentialed in 2000, leading to small gains on this metric. So while real estate values have exploded (just like LA, the top on this list), the other weightings are pulling it down in terms of overall gentrification.

James Mattern
What does it mean? It means that if you invested in these zip codes during the past 17 years, your investments are killing it! Absolutely genius insight….

Russell Brazil Real Estate Agent from Rockville, MD
Zip code 20010 has made me plenty of money over the last decade 🙂

Kurt
Some of those income changes aren’t even beating inflation. It makes you realize what an overall tough time it’s been since the late 90s boom. Yet housing costs have increased many multiples of the income increase in most cases. How is this sustainable?

Jessie Huffey from Sandpoint, Idaho
As a landlord, I see gentrification as a good thing, tenants with better paying jobs and ussually better home-keeping habits. I also am from the bay area and the demographic there has been a highly educated population for the last several decades so that might explain why it didn’t make the list. Where I am now has seen a huge shift from lots of blue collar workers in the timber and farming industries to educated better paid workers in tech based industries. Also, real estate costs have doubled over the last few years partly because of a huge influx of Californians who no longer want to pay those outrageous California prices.

Marcia Towberman
What about St. Paul/Minneapolis?