I’ve seen a lot of agents lately talking about the market crashing soon, and using that to their advantage to get people to sell their home. Is that really legal for realtors to do? It definitely doesn’t seem ethical to me, as no one really knows for sure when or if the market will crash. Stating facts about what’s happening in the market and with interest rates, politics, etc. I get is ok. But flat out telling people the market is going to crash soon doesn’t seem right.

Perfectly acceptable for a Realtor to have an opinion on the current and future market.  Reality is advice on pricing, staging and the like is all opinion as well.

It's all a matter of how they say it, the context in which they put their projections.  If they base an opinion on facts and reasoned analysis and disclose that it is only an opinion, it's both ethical and legal; and in a way required, as realtors are supposed to be well-versed in market conditions as a part of the service they offer.

If a realtor cooks up half-baked theories based on a hunch and presents them as fact, there's good news and bad news.  The bad news first.  It's not technically illegal for them to spout off like that.  The good news is that anything unethical if reviewed by a state's RE commission may be grounds for at least a warning citation, or after repeat offenses a fine (of increasing amounts leading to loss of license).  If you have serious concerns about the ethics of a particular agent, don't be shy to share that with your state's Commission.  They will have it independently investigated and weigh in on the facts of the matter.

I'll add my own opinion here about where the market is headed and give bullet points as to why I have that opinion:  I think there will be a very slight downturn in prices over the next year but not a "crash".  Those on the fence for selling, I don't fearmonger them but I do say that sooner is better than later in general terms based on where the market is going.

What has influenced my opinion on this?

1. Projections from the NAR's market researchers.

2.  Vlog "One Rental At A Time" on Youtube where you get a pretty grounded, realistic analysis of trends by the host.

3.  Ken McElroy whom I sometimes take with a grain of salt, but in this case his projection is aligned with ORAAT.

4.  The Fed seems obsessed with never increasing the prime rate any time soon, and that will continue to fuel demand.

5.  Most of the "inventory catch up" in the market is from new construction, and while that has mitigated the insatiable owner occupier market only somewhat, it has mitigated large institutional buying sprees a little more, which has an effect of easing up on inventory pressure "a little bit".

6.  Crashes generally require something structurally and seriously wrong in the mortgage product market.  That industry has continued to be careful in lending practices so unless an unforeseen economic collapse happens in the next year (worse than the covid recession so far), there's not going to be a huge wave of defaults.

Summed up, I see no evidence of a collapse, but with some boosts of inventory from new construction prices may get to be a little less crazy over the next year.  A little less.

I don’t have a problem with them having an opinion (that I’m going to ignore unless they sold all their own real estate, in which case I’ll still probably ignore but at least they believe it.) But I would ask them if they are telling their clients who are looking to buy the same thing. If they are telling their buying clients about how the market is about to explode to new record high prices I’d have a big problem.

I guess it depends on how they do it.  My thought is they should not try to predict the future.  Most probably don't have any more market knowledge than the next guy/gal.  If they are too bold in their predictions and they get them wrong, that could be grounds for a lawsuit I would think.  Think about how that looks in court.....plaintiff says on the stand....Judge/Jury my trusted real estate advisor told me to sell before the market crashes....he/she enriched themselves at my expense....look the market didn't crash, it has gone up 20% for the past 5 years....this is in 2021 when the case finally gets heard in court.   Plaintiff's attorney then ask the jury to award their client the 5 years of appreciation and 3x damages from the bold agent and broker that advised them to sell+ attorney's fees.

Had an agent yesterday tell me my buyer should buy his personal house and they would walk into the deal with equity.   Its' about 100K over priced....I told him he left out the word "negative" as in negative equity.   Calls today asking where are my buyers, tell him listing is way over priced and he knows it, so he says he'll take 100K off the list price.  That's probably the fair price now.   Any realtor predicting the market and selling that on the consumer is foolish. 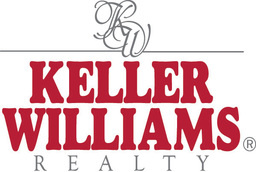 @Bruce Lynn I agree. I’ve actually worked with realtors that have told clients that the market is as good as it will ever get and not to wait to sell. And just the other day I saw a realtor on Tiktok that had several videos about how the market was going to crash and how she was helping sellers get their equity out before the market crash. That’s actually what sparked this post. I am actually licensed in KS and MO, but it’s been a while since studying for my licenses. I thought I remembered something about making promises about the market to consumers being illegal practice, but I could be wrong. I’ll have to look back and see if I can find where I saw that. Either way, it would be tough to prove or enforce.

I have clients ask all the time what the market is going to do. I just state facts that I’m aware of and that people have been waiting for a crash the last 10 years. I would feel terrible telling clients the market is going to crash and then a year or 2 down the road their home is worth over 25% or more what they sold for. Just look at the last year as an example.