Just wanted to get opinion of experts.

Is Milwaukee area is a good place for Buy and Hold strategy? Any thoughts from people operating in this region.

How can I determine If my strategy for building passive Income through rental properties is a workable approach here. I like the idea of someone paying the mortgage while you build the equity. And also that is the only niche I want to invest as I still want to keep my day job.

When I try to find properties on sites like realtor, or hubzu or zillow, I am not able to find good rent ready properties for a reasonable amount. Few Condos are available for cheap like 20-30 K but the condo fees and areas scare me.

Any advice from seasoned investors out there.

How to find out the Class A, B, C subdivisions?

Anyone in Milwaukee area who is specializing in this niche.

I invest in buy and hold in Milwaukee.

Dawn Anastasi is the best person for Milwaukee area. You need to find an investor friendly real estate broker to find you a good property. Searching on your own is a little hard for beginners. 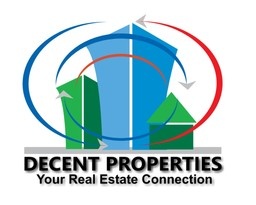 Also, I am looking for cash flow but main intention is to build long term rental portfolio and increase passive income overtime and also pay off debt to make the properties free and clear.

I would go back to a couple of the BP podcasts.

I think @Dawn Anastasi 's story is really neat. I also think @Brie Schmidt has really grown a portfolio out there as well.

What I can say is that it seems like its really great for cash flow. And the area seems much nicer than most typical areas you think of when you think of low price points and good cash flow. But I would add that at the price point some of these properties seem to be in, I'm not sure how much appreciation you're really going to get.

And to me, thats one of the big 4 ways that real estate makes you money.

Technically, there's one more - tax benefits - in that you can use depreciation to shield a lot of your rental income from taxes.  But ultimately, its those four.

And when you start talking homes that are worth 30k to 50k, I'm just not sure how much principal paydown and appreciation you're really getting there.  I guess if you have a big enough portfolio, you will be getting a decent chunk of principal paydown as thats really a numbers game.

Still, on a 50k home, you likely won't see the same appreciation that a typical home would see in the 120k to 160k range - which historically is to double every 20 to 25 years. Those low end homes like that aren't really appreciating at the same pace.

Doesn't mean you can't start with those homes though to build some real cash flow. And then later move up to some of the mid priced homes.  My target property is in that 130k to 160k range. But I'll still grab some in that 90k range every so often if the cash flow is there.

Still, that would be the one hesitation I would add when looking at that area. I would rather have a mix of homes in price range that will both cash flow and have the potential to appreciate at historic levels as well.

I personally invest for cash flow not appreciation. So the lower cost houses work really well for me.  But you have to look at your own scenario and what you're looking to achieve.

And here's my podcast if you want to listen to it.

Thanks Mike and Dawn.

I will surely listen to podcast # 29 from Dawn.

What do you guys think about condo units, like buying 1 unit in a condo complex. The condo fees eats up a lot of cash flow. Also no appreciation game there I am guessing.

@Karan Nanda  I would suggest you avoid 1 bedroom condos.

I would recommend 2 bedroom condos as your minimum.

Some local investor purchase large 2 bedroom condos versus others

-> Property might sit on the mls for about month or two, but always resell

As the saying goes do not hate realtor but the game.

I also came across few such condos which were listed less than 20K and were 3 bedrooms. I got a bit interested in those due to their low entry cost.

Maybe making an offer on those with a slightly lower offer might make sense, and the strategy could be to rent those at $600-$700 and if you could sell those for an extra $6-7K in a few months as you mentioned would turn out pretty well.

Any suggestions to stay away from condos which are quite old, the ones I saw were built around 1970.

“ Maybe making an offer on those with a slightly lower offer might make sense,

for an extra $6-7K in a few months as you mentioned would turn out pretty well. “

a.) Agent team I was talking about uses this technique only for properties

b.) Overall I would suggest strong mixture sfr and duplexes.

c.) 99.97 % condos will only be about cashflow not Appreciation.

d.)  Strategy I like is what some of the above seasoned biggerpockets