If a lease option has two different contracts --- the Lease, and then the Option (which is paid for)...what happens when the tenant decides to break the lease, but yet the Option still has another 2 years on it?  Are you able to link the option in such a way as to say....If they break the lease, then their option is Null and all monies are forfeited ?

Folks tie them together all the time, but I personally do not think they should, nor am I convinced it is technically legal to do.  We treat them as two separate contracts - I like to envision dealing with two separate parties to ensure there is no cross linkage.

The first question to ask yourself is: If they break the lease, do you care if the option stands for another 2-years (as in your example)?   In all likelihood, the chances they will exercise the option have dropped to scant. Provided the option is non-transferrable (which would be how you set it up), you could re-let the property and let the clock run out on the option.

I would run all this past your {well healed in real estate} attorney and have her/him draft the actually option contract.

@Bill Gulley , if he's not too consumed with his Arctic expedition, could provide you more guidance w/r to lending and financing regulations in the U.S.A. 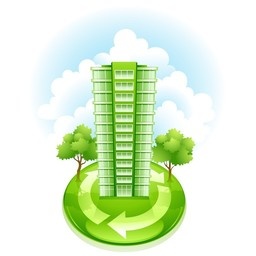 LOL, my problem is that I'm not sure I'll be in good enough physical shape going ice bound, but I'm working out to see.

Actually, the value of an option isn't based on the remaining option fee paid or an amortized amount being consumed over time. It's called "being in the money" and is the difference between the current market value less the purchase price with the option fee paid, there is equity in having an option.

Options are pretty well standardized internationally, there are different types, but if an option can be terminated under some future event, it is limited and may not be treated as an option, again you face the sale contract issues.

These new rules apply to  options with terms greater than 12 months and now require different accounting applications for the seller, per the international accounting standards board and GAP must be used even if it's mom and pop selling, no shoe box accounting methods allowed anymore in connection with option contracts.

You also have other issues with lease credits (many actually) as you'll have a sale contract and a financing arrangement and with a tenant buyer and the seller being in the business, violations of the SAFE and Dodd-Frank Acts.

Lease-options just aren't the "go-to" contract they were several years ago, rent-to-own is pretty well dead and considered a`predatory lending matter as they were done in the past.

Actually, the value of an option isn't based on the remaining option fee paid or an amortized amount being consumed over time. It's called "being in the money" and is the difference between the current market value less the purchase price with the option fee paid, there is equity in having an option.

Options are pretty well standardized internationally, there are different types, but if an option can be terminated under some future event, it is limited and may not be treated as an option, again you face the sale contract issues.

Since I'm always looking for opportunities to deepen my understanding, I now have questions for you.

I am accustomed to options having both an intrinsic (the "in the money" part) and time ("how far in the future is the option valid" part).

The time value is more complicated and, in the worlds of commodity futures and stock options factors in the volatility of the market and the length of the option period.   In my above example, the local market is pretty flat, so I would anticipate little movement in the price of the neighbours house in the next 12 - 36 months. I might reasonable expect to pay a little more for an option valid for 3-years than on for 12-months, but only marginally.

Conversely, if I were buying an option on a property in Vancouver - where real estate agents have recently been sanctioned for rolling properties through 2-3 buyers with a 50 - 100K price jump with each buyer - the market is vastly more volatile and the time component of any option (with a fixed strike) is going to carry a much greater cost ... that and it would be doubtful anyone would sell you an option out further than 12-months (if that long).

Why would there not be a time component to the valuation of an option on a property?

In our present option contract the option holder (purchaser) may petition the property owner (vendor) to annul the option.  The vendor has the discretion to agree to cancel/annul the option or not.  If the option is annulled, the option fee paid by the purchaser (minus any legal/administrative charges) is returned.

We've used this contract five times thus far - three as the purchaser (grantee) and two as the vendor (grantor) - and have never exercised this termination clause.   The clause was added in anticipation of the very situation the OP describes - a lessee breaks/abandons their lease and knows they cannot perform under the option - as a way to enable a failed tenant - buyer a way out.

How does this turn our option into a sales contract?

The valuation is a process at a point "in" time, not over a period of time, however, of the two sides of an option, the "real" side being the business decision or the economic and the intrinsic side, the real  value is considered as you described but that isn't the only consideration of value.

As I initially read your post about the buy out, it appeared to me that it was the optionor's right to terminate the contract, it's clear now that it is the optionee's right, which is fine. Actually, better than fine, IMO, as that is more equitable, very good! I do see other issues in reality;

If the option can be terminated, then how will we recognize the value of the contract to the seller/optionor as they are required to recognize the option price paid. I would probably recognize it as paid, then treat any rebate as an adjustment. Tax wise this may cause an amended return with our IRS.

Interesting too, that the contract is more of a contingent asset, may be it has value but it can only be valued as it is consumed or earned if the optionee has the right to back out and obtain the remainder of the option price.

It also goes against the theory of an option for real property, I won't say to the point of not being a true option, but such terms can be then seen as a contract to buy with a buyer's contingency, I would lean in that direction as a purchase agreement because the buyer can opt out at any time and receive part of the consideration for the "unused" contract term.

I think you'd be better off simply financing the option price, accounting and asset recognition would be at the full price as the debt is created. Default in paying the option price terminates the contract. It's not clear at this time how the IRS would determine a financed option in real estate.

Which takes us to your second question, options greater than 12 months will be viewed as first, to the intent of the parties. Is it more reasonable for the optionee to  purchase and the optionor sell? Unless you say the optionee has no intent to buy, that the purchase is contingent on the buyer's ability to purchase and show there is no intent to buy, our options will be treated as an installment sale if that can apply or as a sale contract. Then contracts will be viewed as to consideration paid, terms of the contract, expected outcome based on the terms. It won't matter what the contract is called, like "Option To Purchase" the intent and conditions will trump any heading.

This is why new options should reviewed by legal and tax counsel and stay with the truer types of options, without contingencies or requirements by either party and stating what the intentions are of both parties with specific justifications as to why the contract is not a purchase agreement. :)

I'm still digesting your response.  However, I am getting the impression that, unlike other assets such as commodities or stocks, we should avoid putting a value on the time component of an option and only use the intrinsic value?

In a market where real estate is appreciating at a significant rate (say 6 - 10%/annum) an option valid for 24-months would have more "value" to the optionee than one valid for 12-months.   As the optionor, how do we capture that value in the price of the option?   In both instances, the intrinsic value will be the same at the point in time the option is sold.

As for the optionee petitioning to annul the option, the full fee - minus any legal costs associated with (de)registration and processing the release - would be refunded (we would not reduce the amount by the time value expended ... this was suggested by counsel for simplicity).    Would that really be seen as a sales contract on the property or simply part of the contract for the option itself?