I just joined biggerpockets and am excited to post my first question.

I have found a great property to rehab and flip. I am confident I can get an amazing deal on it. However, I have a problem...TIME!

I have 10K in the bank ready to use and around 50K of equity in my own home. I only need 35K. The bank will take 4-6 weeks to approve my HELOC and the I feel if I wait that long I will lose this opportunity. What should I do?

Option 1: If you’re confident that the money will come through, you could fund it with a credit card that has a high limit. Use the HELOC to payback the card when it comes through.

Option 3: There are small banks that give unsecured home improvement loans in less than a week. I’ve gotten $25K in less than 7 days.

That’s all I got off the top of my head. Hope this helps.

Private money would be the safest and simplest way to go, and I am searching. If I apply for a unsecured loan from a small bank won't that cause my HELOC to be delayed or even not be approved because they will see activity that makes them nervous?

Eric yes it’s possible, an Heloc is similar to Mortgage process. An underwriter needs to review, it’s not recommended to open any new accounts while in the process you might get delayed if found..
Remember even though you can use your Heloc for anything you desire it’s not recommended to tell Bank you are using Heloc for investing.
I like Line of credits for what we do, I also have a Heloc and a Personal Line Of Credit with TD bank..

A hard money lender is the way to go in my case. I put addendum in the sale agreement that it would be contingent on financing. The selller was ok with this. Rather than wait for HELOC and run out of time with documentation and slow paper pushing through numerous people and underwriters, I found a hard money lender.

I recommend if anyone go this route, shop around. They all structure their loans differently, and will fund in different ways. I found some are very legitimate and offer a good product with clear terms. Make sure you understand exactly what the origination costs are, other (junk) fees, prepayment penalties, length of loan, extension fees, draws if they are funding rehab, etc. Also, i would suggest finding one locally that is familiar with the area that you can meet face to face and build a relationship with. If you have solid exit strategies in place and figure your cost of the loan into your potential profits you should do well. My margins are excellent. Yes, the rates are quite a bit higher than traditional banks. But now I have the ability to not only acquire the property through funding but also get the 100% funding to rehab it! I either use a hard money lender and make significant profit after all costs (including hard money loan) or no profit at all. I know what I would do, what would you do?

Make sure your hml will lend such a small amount, most won’t lend under $50k.

Try running an ad on CL as well. As Wayne stated, many lenders won't do these small loans. The returns are high but the actual profit is small. Try something like "investor needs 35K loan" or something along that line. Watch out for the FRAUDS AND SCAMMERS. Beware those offering you the loan without any info on what they are lending on, as well as those wanting any advance fees. A 35K loan can be found. Also, if you haven't considered borrowing from family now is the time to ask.

@Wayne Brooks his last post sounded like an advert for HML LOL not only is it hard to find a west coast HML that will do loans under 100k but in Oregon 50k and under is subject to strict usury so no HML will do those.

Not sure in WA... and kelso is a secondary market with a lot of distressed type assets.. so probably can find a local.

@Jay Hinrichs looking back it does look  a bit like an advertisement, LOL. I reached out to many hmls. All of them had guidelines they set. To shed some light on the subject, I got a loan for 70k as half of the loan is for rehab.

There were a couple of them who would not that lend that portion but only for acquisition. Another would not lend anything under 100k, which is understandable. They want to make money too. However, I just made a lot of calls and sifted through the details. In fact, one "fast talking" HML kept changing and mixing terms, I had trouble getting the actual numbers! Red flags! When I did get enough of the numbers, like pulling teeth, the fees were exorbitant! I simply called another and compared.

@John Thedford   I would agree I might get scammers and frauds asking for that kind of money on CL. You would think that might attract some sketchy people on such a platform, don't know if I could bear doing that. Contacting directly, checking reviews, and speaking to originators usually vets the good from the bad. Thank you all for commenting, keep it up! I'm new to BiggerPockets and want to keep learning, growing, and investing

I just closed on a purchase and got funded because of a CL ad. Sometimes it works. It is a buy and hold, purchased for 145K, and I borrowed 120K.

that's fantastic! Would you mind sharing your ad? Also, since it is a buy and hold what is your strategy since these loans are short term. Usually between 3 months to 13 months. Refinance? With who and how?

Actually, first I went to a HML on BP. Nice guy..very knowledgeable, but his rates were almost as bad as mine:) (I do HML with my 401K). Then, I checked with a local I know. He wanted to fund, but again his rates were almost as bad as mine:)
I then went to CL and posted something along the lines of "120K morgage wanted-1st lien position". I had several people respond, but probably 90% were trying to rip me off (FRAUDS AND SCAMMERS). I did get one guy that is local to respond. In his response was his name, company (he is not a HML by trade), and phone. After I showed him the deal he agreed. He offered me 120K, 6.5% interest only, 3 years, with prepayment penalty. I was going to buy no matter what, and having the less expensive money made more sense.  The property was 145K and I put down 25K and borrowed the balance. I got about 50K FREE equity on my 25K investment. Deals like that don't come along often. I leased it back to the seller at a discounted rate for one year. He KNOWS he gave me a bargain...he is good with it and so am I. The house is approx 1857 living, has granite countertops, tile flooring, and solid wood cabinets. It is the NE Cape Coral area. BTW, I had a standard purchase contract (FARBAR), had -0- contingencies, and a 30 day closing (only because we had to run it through a title company). I DID put in the contract that buyer COULD file a memorandum of contract, but did not do so. I have only filed one contract since 2012, and because I had given the seller money prior to closing (which generally is a big NO NO). 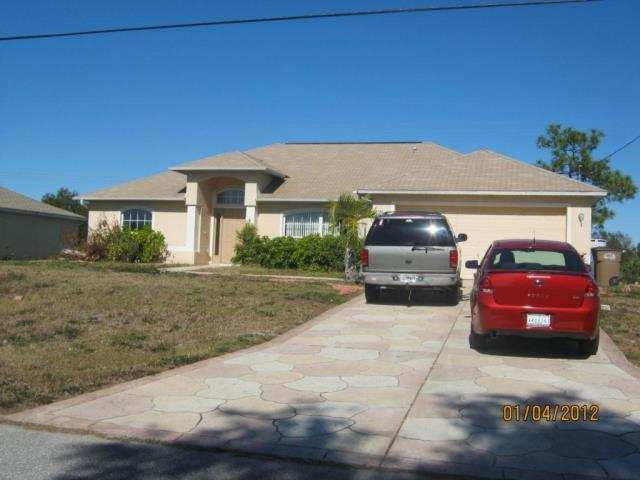 Thank you for sharing. Great picture of creative financing! I get excited about people like you who find great opportunities and then reach out putting in the effort to find funding, that in turn generates substantial profit!

NEWS FLASH: Private money lenders do exist that are not friends and family :)

You got a beautiful house with a ton on equity, while benefiting the seller and the lender. I also like how you developed a unique strategy that worked for everyone with leasing to the seller for a year, and the optional memorandum do give yourself options if the need arises. Congrats!!

There can be more than one benefit with a purchase/leaseback. On another purchase, the house was FILTHY inside and needed quite a bit of remodeling (think CASH out of pocket). I leased that one back to the seller...not for THEIR benefit but for MINE. After a year, I had them leave and then remodeled. That saved me from having to come up with the cash a year earlier when things were tight cash-wise. I really gave the seller no break on the leaseback....she didn't want to move...I really didn't have the cash for remodel at the time...and she paid FMV rent. Worked for both of us! I did the remodel a few months back, raised rents, and got great people in there that treat it like their home.

why do HML loan for such low rates?

@John Thedford   out our way  if a house is in foreclosure its illegal to buy it and rent it back to the owner you bought it from.. crazy I know but true.


@John Thedford  out our way  if a house is in foreclosure its illegal to buy it and rent it back to the owner you bought it from.. crazy I know but true.

Is that good or bad for owners in distress? Out of curiosity what are penalties for violating this?

This house was NOT in foreclosure. Owner was certainly distressed.

pentalies are quite severe.. to the point you would lose your ownership in house and all funds you paid.

pentalies are quite severe.. to the point you would lose your ownership in house and all funds you paid.