@Lin Xia my family and I have lived in Castlerock for 12 years. It's a great place to live and invest. We help clients and friends do STR, MTR, LTR as our main business.In fact, we are in the process of buying an investment property and turning it into an MTR during December 2021. Happy to chat and would love to talk and need a new possible neighbor!

As Jimmy said above, Castle Rock can be a very attractive rental. Some parts of it have amazing views, and it has proximity to both Denver and Colorado Springs.

To your specific question about whether Cadtle Rock is good for good short term rentals ... you said you and your wife are moving to Castle Rock. Are you thinking about Airbnb-ing a portion of your primary residence? Or do you want an STR in a wholly separate property? If the latter, then technically yes, Castle Rock allows that but practically no.

Technically the city of Castle Rock does not regulate Airbnb or other STRs. (See here.)

But in reality, except for a small residential area around its old downtown, nearly all homes in Castle Rock are governed by HOAs, and HOAs are rarely friendly to Airbnb. (And even if you find an HOA that doesn't currently have any prohibition on short term rentals, there's always the risk they decide to do so.) Even if you want to house hack with an Airbnb component inside your primary residence -- like in a walk-out basement for instance -- many HOAs might prohibit doing that.

In my opinion, I want some measure of regulatory certainty before making an investment. And this isn't exactly what you were asking, but I tell my investor clients to look for cities that allow Airbnb investment properties through an active law to allow it vs a passive law that merely doesn't prohibit it.

As an example, there are Denver area cities that have passed laws to allow for short term rentals. Arvada allows for Airbnb in non-owner-occupied properties. As does Wheat Ridge. On the flip side, some people might say Westminster is a good city for Airbnb. It's just northwest of Denver and does not currently prohibit STR investment properties, but that's simply through not mentioning it at all in their ordinances. The history of cities like this is that they eventually outlaw it.

You could live in Castle Rock and still run a short term rental in Arvada or Wheat Ridge. (This guy is killing it in Wheat Ridge, for instance.) Or consider one of the mountainous areas just outside of Colorado Springs nearby to the south that get good rental rates and allow for Airbnb. Like Woodland Park or Divide. (Beware anything in unincorporated Douglas County, where Castle Rock is located. Oddly, Douglas County -- unlike most counties -- actively prohibits STRs in investment properties.)

Whatever direction you go, I wish you luck.

Thank you so much for your detailed guidance, James! Your suggestions make very good sense to me and are well taken.

@Jimmy Vasquez Thank you very much for you comments, Jimmy!

Hi @Lin Xia. Hope you enjoy living in Castle Rock. I've been here since 2017 and it's been a great place to raise my boys. Let me know if you want to meet up sometime. 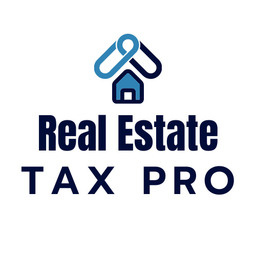