Does anyone one know of a key pad or door lock to for this situation to allow tenants to let themselves?

@Brandon P.   Are you looking for the means by which a prospective renter can enter to view a vacant property alone without you present? If so, I wouldn't recommend it. Too risky. We only show properties to those who have passed our telephone interview.  By showing the property yourself you can meet and greet people, observe what attracts them to the property, and continue your interview face-to-face. You can find out boatloads when you have a conversation in person and are present to secure the property.

As for the lock... the major brands all offer "keyless entry locks". Google that and select images to see what they look like. They don't require wi-fi or electricity. Some with extra features may require batteries. Most don't require any power other than the push of a finger on a manual keypad!

Any digital keypad and give them the code. Also, a lockbox? Unless I'm missing something.

yes I am looking for something to manage remotely. Change the code remotely if possible from one tenant to the next keypad lock or lockbox. I guess the key pad lock makes more sense. It seems like you can almost just leave it on the front door and give it to the tenant. 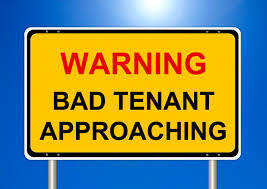 Be careful. Scammers can pose as prospective tenants. Once they have your code the scammers will advertise your property and send people the code to look at the home. They will have the prospective tenants send them deposits/rent and tell them to go ahead and move in. You could end up with ripped off tenants, with no money, no place to go, and then you will have to evict them. Bad for everyone except the fraudsters. I had a woman almost get ripped off on one of my properties with the copied rental advertisement scam, fortunately, I happened to be there working on some things when I noticed her in the backyard. The scammers offered her a great deal on rent with no credit check if she provided them a hefty deposit. If the fraudsters have the code this will really help to convince people that they own the property.

Another caution. What happens if you give the code to a professional vagrant who just moves in and refuses to leave? Are they trespassing? They have the code to the door. They didn't break in. They claim they paid the rent. Probably a civil matter, and depending on your state's laws you could end up with a tenant living rent-free until you can evict them. But at least I'm sure they'll take good care of your property. :)

One more. If I was a hoodlum teenager (I could have experience with this) and someone was passing out codes to houses, I would know where the next house party was going to be.

I have enough problems with nitwit showing agents (some) in my properties, let alone unescorted strangers who I never meet in person. Also, I look at showings as a pre-interview. Are they on time? If not they are probably not reliable. What are they driving, is it a smashed up POS? That's probably how they will care for your home. Is their smashed up POS car booming at 200 decibels? That's probably how loud they will play their home stereo. Do they smell like Cheech and Chong's van? They will probably be stinking up your house. Are they wearing an I Love Pitbull's shirt? Your no pet policy will probably be violated. You can learn a lot from a showing.

You can use a company like ShowMojo or Rently but those typically don't make sense for a small number of units.

Check out this list of lock boxes on Amazon

I used something similar for vacation rentals and they work fine. Just know that a four-digit tumbler can be cracked in under 10 minutes, every single time. If you use one, place it in an inconspicuous place and only provide the code to people that have provided some evidence of who they are. For example, you could require a copy of their picture ID and a picture of them standing in front of your property. That verifies their face matches the ID card and gives evidence they were on you property at a certain day/time. That's enough to prevent them from trashing the place or stealing appliances.

Mike Baxter
Somewhere in the Scorching Heat of AZ
1.48
Score