My husband and I just put our first property under contract! A 4 plex we think we got for a really good deal. The property comes with 2 month-to-month tenants who are employees of the old owner's restaurant. As part of the purchase agreement, the old owner is going to pay the difference between their rent and market rent so they can stay in the 4 plex for 6 months. However, because they are his employees, they don't have a security deposit. Any ideas? Do we just hope they don't damage anything? 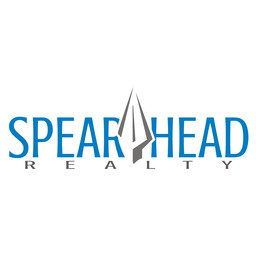 @CassiJustiz that is a good idea! Thank you!

It is not uncommon at all to inherit long-term tenants from "Ma and Pa" land lords who don't have written leases and don't have any security deposits.  Rather than negotiating a security deposit, I would just see if the deal is good enough "as is" to forego them.  Why?  They are set in their ways, and any attempt to collect a deposit now will be seen as an intrusion.  Why should they pay you a deposit when they "been good tenants all this time?"

Now you and I know better, but that will be their perception of it.

When I inherit tenants, I will read any lease in effect just to make sure there is nothing really weird about it, and also have the tenants sign an Estoppel Letter that says, basically, "this is the whole deal and there is nothing else, nor will there be any further deals made with the Seller between now and when we buy this property."  That keeps them from coming back later and claiming they had a $1000 deposit and the former owner verbally agreed to lease the property to them for the next 10 years at $200/month and buy them a stainless steel fridge.  Some people will try it, seriously!

Make sure that you get an Estoppel Letter signed and dated by all occupants prior to closing.  It should specify, at a minimum, names and ages of all authorized residents, rent amount, lease duration, who pays utilities, who does lawn care, who owns what appliances, whether or not animals are allowed, and any other special agreements in effect, and the last line as I mentioned above says there will be no changes between the date the Letter is signed and the day of closing.  Make the Seller prod them to be sure to get this done.

Once their 6 months is up, you can renegotiate terms of the lease, but rather than collect a security deposit I usually just bump the rents $25-$50 above market and eventually I collect enough to cover most damages, or they'll move out and I can get market rate tenants and a full deposit.  The LL wins either way.

@Erik W. thank you! This is very helpful