new to posting on here, love all the great info

Anyone know anything about a freedom founders mastermind group that invests in turnkey real estate put on by David Phelps?

Welcome to BiggerPockets! Truly nice to meet you. Good luck going forward! Have not head of David Phelps. Hope the best for you going forward. 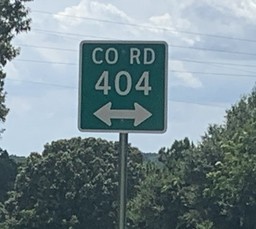 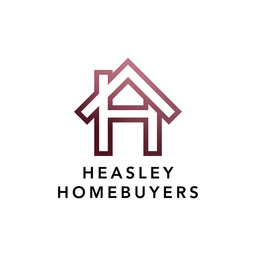 Mathew, I have attended one of the conferences recently, and have been researching their group for the past 12 months. David has a ton of knowledge and apparently some great affiliates that you get access to when you join? I have been hesitant to join mostly due to the yearly costs to be part of the Elite Mastermind Group, and I also have a round 1/2 my money in real estate, secure notes, and business debts.  The claim for Freedom Founders is to get you away for stock/bond markets and into other investments like real estate. Are you a dentist? They work with mostly dentist, but I don't think their group is exclusive to them?

Hi I am a dentist and have been interested in Freedom Founders and looked at it a year or so ago. I got very busy with my practice as this was happening so it fell by the side. As Micheal Gerber wrote in the Emyth, “doing it, doing it, doing it”. Yes I own my job. I’d love freedom to do as I want. David Phelps is a great person and I feel has strong credibility. He has been doing this a very long time. That intrigues me. Did you ever pursue the group further? Any friends or anyone you know join and give you insight or feedback? Thanks. Steve

Yeah, I never pursued it either.  Couldn't justify paying over 50K a year for access to something like this.  I've listened to the podcasts and they seem to be heavily real-estate focused investing group, so this intrigued me as a possible way to have better access to great deals.  I just think that is too steep unless there is tremendous value.  Love to hear some positives and negatives for someone who actually has been in it though.

@Mathew Mazoch - What's your goal? Passive income? There are enough turnkey operators out there for that. I don't see how paying an annual "fee" would help you. There are avenues other than owning properties to generate that in RE as well. Like, Notes / Private Lending etc. Maybe check those out instead?

Howdy,
I am new to this site and this is my 1st post. Came across the site on google after I received multiple marketing pieces from Freedom founders via snail mail.


Below is a post I made to FB that will likely never see the light of the inter webs if they are watching their FB feed better than their infusion soft mailings :)))

I just don’t want to see others spend money with this smart guy for “deal access” when in reality there are other avenues to invest Without the now $50k+ price tag, which in my experience was not worth it.

Before I joined David Phelps was reachable any time via phone/ email and ready to set up a meeting with day or two notice.

I bought into his message and “invested” over $36k for two years of his program and shortly thereafter (right before my 3rd meeting)found out I was getting divorced and could not utilize any more of the “deals”. (I did one hard money lend that worked out well although I got to split the proceeds with the x-wife!)


David and his team said there’s no way to do deals while going through a divorce and they he understood and would “make it right” (as he’s gone through a divorce himself). He then proceeded to avoid any contact and finally have his then new partner “Davey” email me saying “you have received all the services you paid for.” A FAR cry from “making it right.”

I wrote this off after a mentor of mine Dr. Dustin Burleson (who is also Phelp’s colleague and joint venture partner) in a generous gesture allowed me to participate in his practice Mgmt/leadership program when I shared this experience with him to step up when Phelps failed to do so.

So I’ve since moved on, learned from my experience and let it go. I’ve gotten remarried, moved to Michigan and I’m starting a practice here when somehow I receive Freedom Founders Fodder in the mailbox at my new snail mail address.

Clearly the result of un-monitored infusion soft-ing as I’m the last person Freedom Founders would be getting to respond to the full color multi-page mail piece.

So I read the the very well written copy full of pressure on the pain points of being a dentist, investing in the volatile stock market, multiple testimonials, and a compelling call to action from a client rather than Phelps!!!! - the type of copy that would put a tear in the corner Dan Kennedy’s cynical eye......and thought I would share my testimonial to keep it balanced and real, and give you another chance to “make it right” David.....or at least inspire you scrub your Infusionsoft list of the folks you’ve burned in the past.

Below is the FF  “testimonial” you will not see in any mailers. All the best! 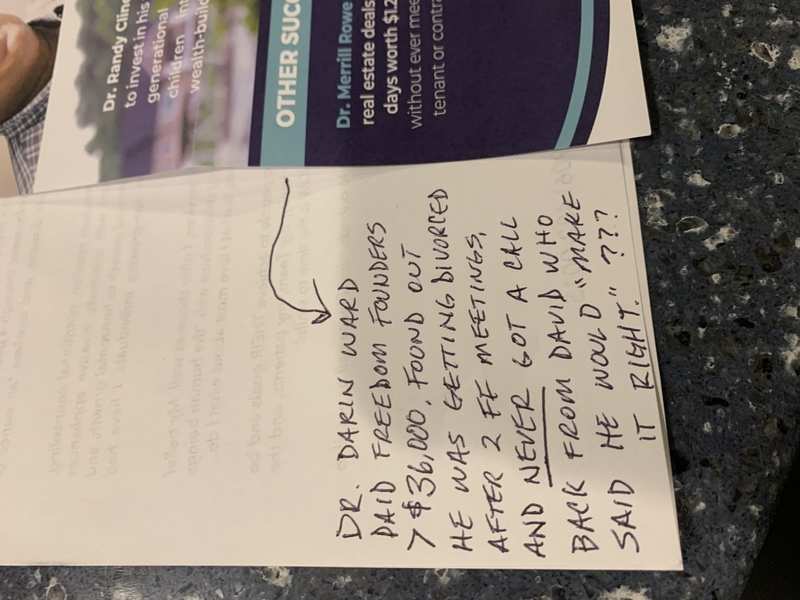 Darin, glad things in MI are going well. for you. Sorry to hear about your FF experience. I think my main hold up this last year has been, no access to David himself. I’m sure he’s tired of all these years fielding questions, concerns, complaints from clients. I think more than anything,  you were just a small investor for them, and they are trying to attract the big $$. But just as in dentistry, we should be caring for the denture adjustment patient with the same compassion as the full mouth rehab patient. Thanks for responding, and good luck going forward.