We're fixing up our rental property in Woodland Hills for sale and recently had the hardwood floors (about 500 sq ft) in the entry and kitchen refinished. When the contractor moved the refrigerator, he disconnected the water line for the icemaker. He said it looked like it was leaking a little so he "capped" it with electrical tape.

We then hired painters to come in and they covered the floor with heavy paper and proceeded to work on painting for 5 days. During this time, I did have a plumber come out to cap the line properly, but apparently the water leaked at some point and because the floors were covered, we didn't see it. When they took the paper off yesterday, this is what the floors looked like: 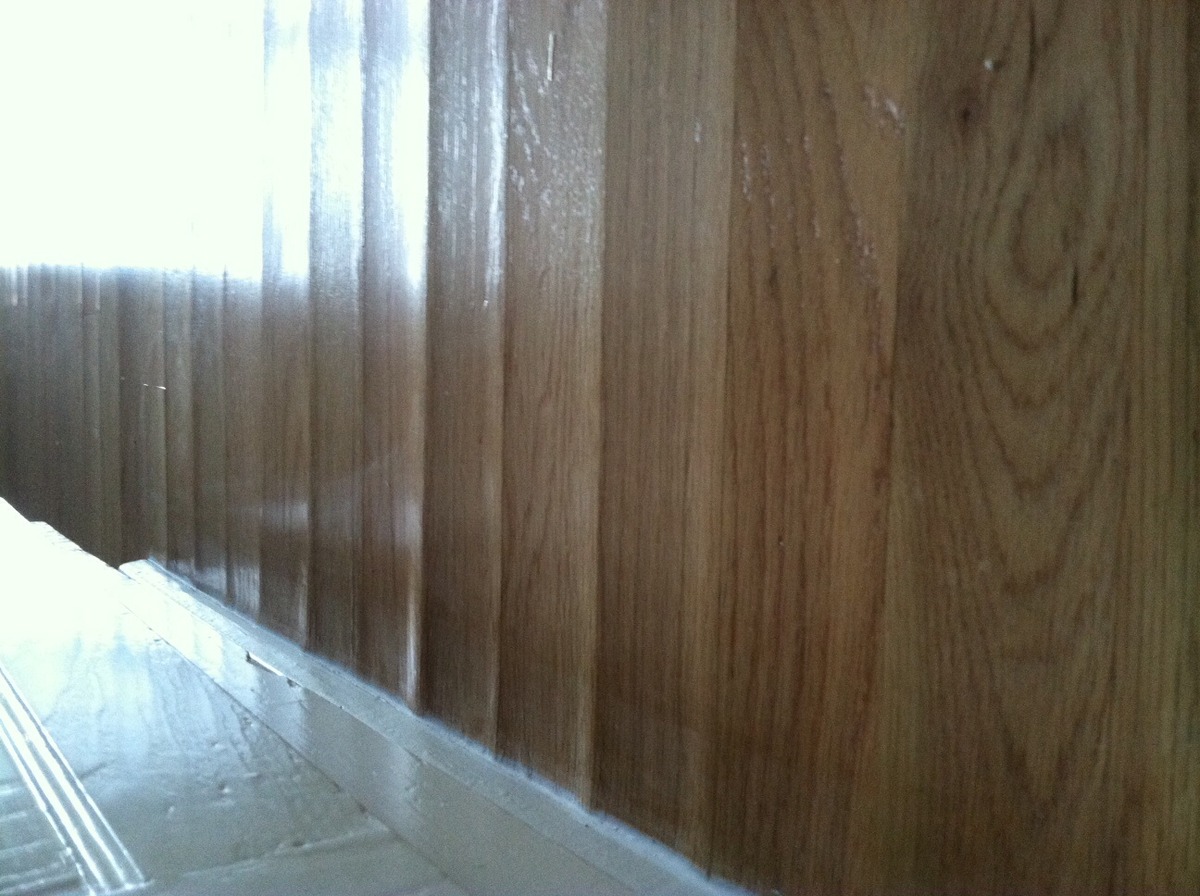 Also, in addition to the water leak, there is a large dent/gouge that appears to have happened when they were refinishing the floors. (It looks to me like someone dropped a heavy object and then decided to just keep on refinishing not say anything to us.) They just continued to refinish the floors and this is what I saw after they'd finished:

Of course when I brought it up, the contractor said it had to have been there before or they would have noticed it.  Anyway, he tried to fix it by putting some kind of glue/saw dust mixture in there and now it looks absolutely horrible.

SO.....the point of all this is, does anyone have a really good hardwood flooring contractor in the LA/San Fernando Valley area they can recommend? I'd like to find someone who can give us the correct advice on fixing both of these issues.

The other floor damage might have been the painter dropping something, or somebody after the floor was refinished, since there does not appear to be any sanding around the edges of that damage.

ouch... I'd just change the end pieces to make it look like it should.  It does look bad.

Oh no, that does not look good :/ @Anne A.  -- once you find a good contractor, please share their details, if you don't mind.

@Anne A.  You may want to share the contact info for the contractor you used. That way one of your friends don't use the same guy. Anyone who would "cap" a water leak with electrical tape.... well if you don't have anything nice to say, don't say anything at all.

Maybe the contractors insurance would cover install of new floors? or a refinish if a reputable flooring contractor says it will finish out.