“No person shall be subjected to

Housing discrimination isn’t a joke. It’s against the law and narrow-minded landlords who refuse to rent to those belonging to protected classes can find themselves on the wrong end of a well-deserved lawsuit.

Of course, you’d never find such low-life scum around here, but what about the small time landlord, bopping along minding his own business with no idea that entire organizations exist (and receive funding) for the expressed purpose of catching them unaware (read that: No bigots, No paycheck)?

A fellow by the name of Ned owns an 8-plex in a rough part of town. Gang activity is high and Ned knows that if he rents to just one gang member, all his tenants will grab their big screen TV’s and flee en masse. Oddly enough, the local gangs aren’t familiar with the anti-discrimination laws and only allow one particular ethnicity to partake in their social activities.

At first, Ned keeps his eyes open and watches the applications closely, vigorously checking criminal records, and for a time, all is well. Until the tenant in 6B allows her grown son to move in after making parole without telling Ned, causing several vacancies before he can get the situation under control.

A few more doting mammas and Ned’s fed up. He begins, whether consciously or unconsciously, avoiding anyone from this particular ethnic group. Ned’s not necessarily trying to discriminate-he’s trying to protect his investment. But no matter, pretty soon Ned gets a visit from the local housing authorities and he’s losing a lot more than a few months rent. Maximum fines reach $10,000 for a first offense and up to $50,000 for a third violation in seven years.

To protect yourself, it’s a good idea to spend some time getting cozy with the Fair Housing Act. Remember, interpretation varies from state to state and ‘protected classes’ can change at any time. For now, protected classes include:

Also, be aware that activists target members of protected classes, encouraging them to file suit and those who file have monetary incentive as they can collect not only for any actual loss, but also for ‘embarrassment and mental anguish.’ Once a complaint is filed, ‘testers’-individuals posing as members of the same protected class as the complainant-will call repeatedly, trying to catch you in some perceived discriminatory practice.

Rather than get into the intricacies of the law, let’s discuss some commonsense ways to stay on the sunny side.

Goes without saying, but:

It’s a shame we live in a world where organizations like the Fair Housing Authority are necessary but they are and we do. Fear of lawsuits shouldn’t keep honest folks away from landlording, but a head-in-the-sand mentality can put you out of business.

Boxers are not a protected class…but they’re working on it. 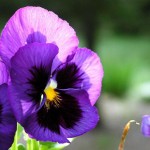 Are You Charging Below-Market Rent? Here’s How to Get Out of It
Sublet or Save: This Strategy Can Help You Buy a House Several Years Faster
6 Strategies That Help Landlords Avoid Evictions