The Positives in a Real Estate Decline 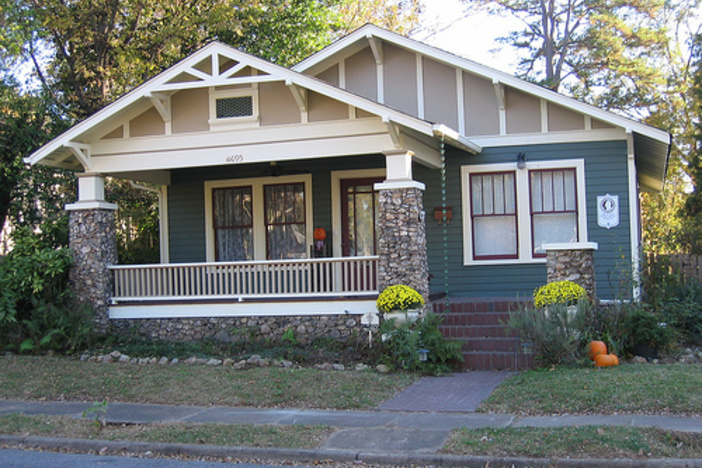 Remember the heady days of the real estate market? You had to grab something before prices went up even more. Then the bubble burst and people ran for the exits. There has been so much negative talk that people often overlook the positives.

Back in 2005 people were complaining that they couldn’t afford to buy because prices were so high. Prices aren’t so high anymore, are they? Today’s lament is often – “I want to buy but I can’t get financing.”  Perhaps their credit is trashed or they lost their job and they are unable to buy at the moment. But there are buyers that may find that the fall in home prices is just what they needed.

I remember when I wanted to buy my first home. Interest rates hovered in the mid-teens and banks required a substantial down payment. There were no instant gratification mortgages – you actually had to save money and qualify. Then there was the approval process that seemed to take forever; there was no internet and fax machines were a fairly new invention (I know, I’m dating myself). It was fairly common for a deal to take three months to close after an offer was accepted. If interest rates spiked the deal could fall apart at the last moment.

Today’s young buyer has the advantage of technology to speed the process, low interest rates to reduce the threshold of affordability, and a myriad of programs designed to help first-time buyers. For those who are making their first entry into the realm of homeownership today’s market is a golden opportunity.

Retirees have long been known to seek out lower cost and warmer locales when the time comes to enjoy their golden years. The housing boom caused many to rethink their plans. Some of the markets that experienced the greatest rise in prices were the very ones they sought for their retirement homes. For these seniors the sharp price declines in these markets may now enable them to do what they wished they could have done years earlier.

A recent article in US News & World Report listed the best places to buy a low-cost retirement home (article). The top two locations? Phoenix and Las Vegas – two cities that had been at the top of the charts for appreciation during the boom. These areas had once been top destinations for retirees and soon may be again.  Several other cities that saw big price hikes are on the list as well. If seniors begin to buy in large numbers these markets recover sooner than many people expect.

As a new reality takes hold the real estate markets will adjust. It will certainly take time. It will take years for the foreclosure crisis to pass and the economy to recover. In the meantime young families will still buy homes, others will need bigger houses to accommodate their growing families, and retirees will look for warmer climates. One day people will look back at 2010 and recall what a great opportunity it was.

I was seldom able to see an opportunity until it had ceased to be one. – Mark Twain

Jeff Brown
“One day people will look back at 2010 and recall what a great opportunity it was.” Possibly the understatement of the year.

Brooks - TheSouthernInvestor
I don’t want to be one of the people that looks back to 2010 wishing…. Thanks for the post!

Steve L.
Great points. I already feel lucky about the houses I bought in early 2010. You didn’t mention the Buy & Hold investors who can actually achieve real cash flow for buying RE.