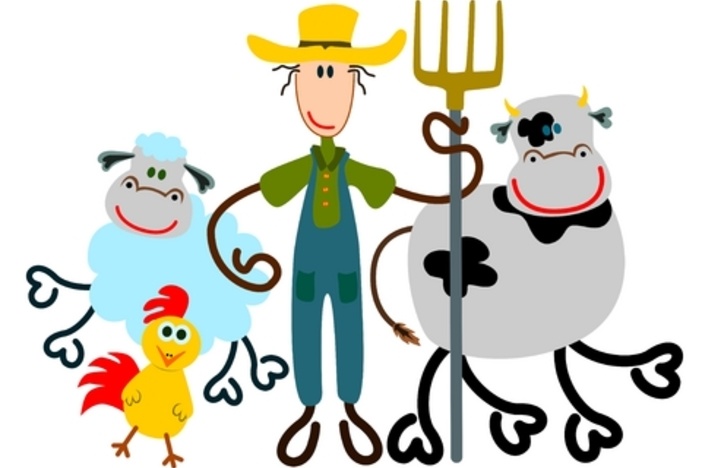 I grew up in a small farming town in rural Alberta, Canada. The population sign outside our town said 1,200 people, but many folks joked that the number included cats, dogs and probably some chickens. The majority of the town was inhabited by farmers or folks who supported the farming community.

In my 17 years living in that town surrounded by farmers, I never met a single one who’d even consider eating his seeds instead of planting them. They just wouldn’t do it. No matter how hungry they were … the seeds were for planting. They were not for eating.

I also didn’t know many farmers that would harvest a crop early unless there was some major external factor beyond their control on the horizon – specifically a brutal weather forecast.  Beyond that, the harvest waited until the crops were ready.

If it’s so simple why aren’t many real estate investors applying the same concept? Many real estate investors I’ve met over the years spend every penny their rental properties make instead of reinvesting them. Or,  they sell their investment property as soon as a property has appreciated. It doesn’t matter that it’s only reached a fraction of its potential – the investor wants a family vacation or a super cool Blue Ray Player or 3D TV.

Sure, sometimes it’s to pay off debt or some other more rational reason to put the money elsewhere but it doesn’t matter. They’ve still essentially eaten their seeds or pulled their crop out early.

Yes, the investor is better off than if they had never invested in those properties to begin with. But they’ll never get rich that way. Their long term wealth and financial future is not stronger because of what they have done.

So my lesson for you today is a simple one. Instead of spending every penny a property makes for you, save it or reinvest it. Instead of selling as soon as a property has some equity in it, use that equity – and the money it made for you – to buy another property. Leverage your money so that it grows to make you more money! That’s how you maximize your profits. If it’s making you money, let it keep making you money.

Invest in real estate the way a farmer invests in his land. Plant your seeds. Let them grow. Keep an eye on them (if you’ve learned anything from me lately I hope it’s that there is no such thing as passive income), giving them a bit of water and fertilizer here and there and doing some pest control. Then – when the “season” is ending in that market area or you’ve got a dozen houses that are making you rich – reap your rewards.

Armando Montelongo
This is the same philosophy I tell my students. The way I get it through to them is by saying: We make our money when you buy, buy, buy! It’s ok if some people want to just get one rental property or flip one house just to make some extra cash, but what happens when they need ‘extra cash’ in a few months? Buy, buy, buy and make continuous amounts of money! Great article.

Julie Broad
Thanks Armando!! I always think it’s like when a CEO makes a decision that improves the current quarter’s returns only to hurt the long term position of the company … it’s the same thing!!

Rachel Aka Mobile Home Gurl
Very wise investing philosophy Julie, such a great analogy! I’m finding small towns and the country life very interesting nowadays. I think it’s the business – I’ve been so humbled and have met folks who really enjoy and live the simple lives. Yet, they seem very happy and content. I grew up in a very consumer oriented household. So, I never had a chance to really experience living a simpler life like what I see today. It’s interesting because I’ve read stories of those who actually left the big city to live a more simpler life in the country – some did it because of natural disasters (i.e. hurricane hit their city, tornados, etc). In this day and age, I guess it’s always good to be prepared just in case anything ever happened. One couple I read about left their regular 9-5 jobs in the city and moved out to the country. Sure, there’s not as much to do as the city but they do enjoy it. Their expenses are much lower and they started a business harvesting organic crops and supplying these crops to the local markets. I often wonder how much different in terms of “freshness” the produce are buying directly from farmers (as opposed to the grocery store). I have yet to attend a Farmer’s Market! But, I digress. Great article Julie, thanks for reminding us all of this very simple investing philosophy! 🙂

Julie Broad
Thanks Rachel!! Regarding your comment: I grew up in a very consumer oriented household. So, I never had a chance to really experience living a simpler life like what I see today. Aren’t most of us in N. America in consumer oriented households? Even in my small town it was about the new Ford pick up, the coolest John Deere Tractor and red tab Levis. haha!! Memories …

Rachel Aka Mobile Home Gurl
Oh I definitely believe it, I guess consumerism is everywhere no matter if it’s a big town or a small town! Really enjoying reading about your experiences, thanks for sharing! 🙂

Rachel Aka Mobile Home Gurl
Oh I definitely believe it, I guess consumerism is everywhere no matter if it’s a big town or a small town! Really enjoying reading about your experiences, thanks for sharing! 🙂

Chris Dowd
This is some of the best common sense advice I have seen. The Richest Man is Babylon by George Clason was required reading in our family. In the book he refers to the same basic principal and he pulled his references from biblical times. Its amazing how successful people have known this for thousands of years, yet the average person completely ignores this advice. Great article.

Bill
Excellent article Julie! Too many times we real estate investors forget that we are (or should be) building a business and a business needs capital to grow. Else we just end up with a VERY expensive hobby.

Bill
Excellent article Julie! Too many times we real estate investors forget that we are (or should be) building a business and a business needs capital to grow. Else we just end up with a VERY expensive hobby.

Julie Broad
Thanks Bill & Chris!! I appreciate your comments!! Chris – I believe there is a saying that common sense is badly named because it really isn’t that common at all!! 🙂 Bill – I have skiing and mountain biking as my expensive hobbies! I definitely don’t need real estate to be another one! Thanks!! Best wishes for 2011 to you all!!

Neil Uttamsingh
Hey Julie 🙂 When I read the title of your post, I knew it was going to be a good one!! This is really straight forward and common sense advice, however, I don’t think that it is common sense for everyone. As real estate investors if we can stay disciplined, just as the farmers, we can reap tremendous rewards. Here is a personal example to help add to this discussion: As you mentioned, for the most part it is not in an investors’ best interest to harvest a crop too early. Personally, most of my peer group that are real estate investors have been investing for 5 years or under. I know a few other investors that have been investing for 10 plus years and then a handfull that have been investing for 20 plus years. On occasion, I come across investors that have been investing for 30 and 40 years in real estate. I find these people incredibly impressive. In my observation these people NEVER harvested their crops too early. In fact, they are the ones that planted ALL of their seeds and let the seeds grow for years and years. When I look at these people and observe what they have done, it personally provides me with more motivation to stay the course and to never sell too early, or frankly sell at all. The more I learn from these veteran real estate investors, the more I see that selling will be to my disadvantage. I mean…sure, I will win in the short term by making a profit from the sale. However, if I end up holding onto a property for 20 more years, it can can be completely paid off and provide me with cash flow for the next 20 years. Great post as always Julie! All the best, Neil.