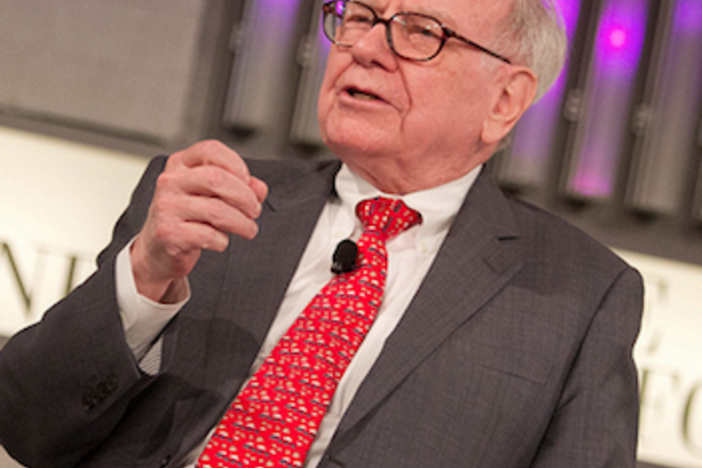 I have alluded in past posts allowing Warren Buffett to invest money for me for the last 15 years.  As I noted lately, I believe that your best guide for investing is actual past data as opposed to rank speculation about the future.  I also believe in continuing my education so as to remain dynamic in one’s thinking.  Many of the places I do my reading are on the internet and unfortunately tend to get worse instead of better as they get more popular and democratic.

I am pleased that this site has continue its high quality to this point, but the fact remains that anyone with a computer can now post their opinion on various sites, no matter whether it is based on real data or rank speculation.  One such site I have been reading for a while now is “(insert one of a thousand terrible sites here)” Frankly, if I were just starting to read it now, I would not continue as it is full of baseless opinion about investing from folks of dubious intent.  Many of the same excellent posters still post, but are drowned out by the noise of the rabble.  It would be very difficult now to find those diamonds among the posts.

Take opinion on Warren Buffett and his company Berkshire Hathaway for example.  Interestingly, many of the same opinions about Berkshire are being spawn about that we heard at the end of the last century.

“His investing strategies don’t work now, the world has changed.”

“Buffett’s recent returns indicate he has lost his touch.”

And the latest critiques:

“He only makes money because of his roledex that allows him to make deals the average person can’t.”

“His buddies in the current Obama administration allow him to benefit from policy.”

The list goes on and on.  From reading these opinions you would think Berkshire Hathaway was falling apart as a company. But let’s look at how it has done in reality.  Buffett uses “book value” and a good indicator of progress in intrinsic worth and over long period of time the price of the stock follows book value so we will use that for our analysis.  I started buying Berkshire Hathaway in 1997.  Since that time the book value has made the following returns:

The Two Simple Questions to Ask Yourself

The point of all this is not to convince you to buy Berkshire Hathaway, but to point out that much of what you read out there is rank speculation posted by folks who have no clue or at least no track record to lend authority to their opinions.  When I made my decision to change my strategy and start accumulating Berkshire Hathaway, I started by asking two simple questions.

It is amazing how those two questions when really thought through can cut through all the clutter of opinion and speculation.

Imagine you are familiar with these numbers on Berkshire Hathaway and you read multiple times about how Buffett has lost his way. Are you going to worry about what those people post? Truth is that they were saying that about Buffett the first couple years I was buying.  But I ignored the rabble and kept asking those two questions.

Knowing your numbers, understanding the history, and evaluating current conditions allows you to ignore all the rabble and make the best decision you can make.  Doesn’t guarantee success, but it is the foundation to success.

When you are evaluating real estate do you ask those two questions?
Photo: Fortune Live Media

Dennis
As my father said many times “Nobody yells rotten fish in the market”. Warren Buffet has a rule, only buy the best assets but only when they are a deal. Notice Warren Buffet is now entering the real estate business with the creation of his own brokerage. http://www.centralpennbusiness.com/article/20121116/REALESTATE/121119859/Warren-Buffett-jumps-into-the-real-estate-brokerage-game&template=realestate

David Shafer
Dennis, LOL at your Dad’s comment. Warren buys businesses that have a good business model and a “Moat” as he calls it. This means they have some enduring advantage. I think he recognizes that people will still buy real estate and buy it with the help of experienced people. That business model will not change. A lot of people have lost a lot of money betting against what Warren Buffett thinks. I think back to 1999 when he said he couldn’t understand the business model of all those new tech firms. People thought he was just to old to understand the “new” realities. Two year later most of those firms were out of business.

Jose Gonzalez
Hello David, One of the best comments of buffet I have heard and really makes the difference in any business at any time is… “Be Fearful When Others Are Greedy and Greedy When Others Are Fearful” For the 2 questions that you mention… real estate has been a great business in the long run considering appreciation of course after substracting the buying power of currencies in the long run. I just saw the opportunity last year since the numbers of foreclousure rentals were just too good to be true.. Tried one, fixed and leased it… tried the second, fixed and leased it… hmmm then like you said, the data demonstrated that we were lying on the floor or close to the floor prices so I just made the maths and it was like buying properties for the value they were 10 to 12 years ago but with the currency of today…. I hope (this is against most of the oppinions) that at least the market allows me to get these deals for 2 or more years… at least!!! Great post, thanks!