Are You Leaving Money on the Table? 7 Tips for Better Negotiations 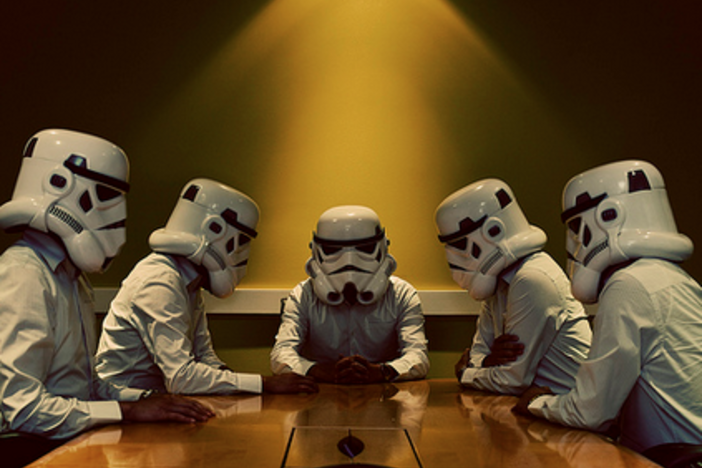 Are you spending hundreds to thousands of dollars a month in advertising? As real estate investors, we spend a lot of money on advertising to get the attention of real estate sellers and buyers. However, if our negotiation skills are not up to par, then you may be wasting a lot of your advertising dollars from a poor "close rate." This post is going to look at how to increase your returns by increasing your negotiation skills.

According to Wikipedia, negotiation is a dialogue between two or more people or parties, intended to reach an understanding, resolve point of difference, or gain advantage in outcome of dialogue, to produce an agreement upon courses of action, to bargain for individual to craft outcomes to satisfy various interests of two people/parties involved in negotiation process.

I used to think that negotiation was simply showing up to the proverbial negotiation table and pushing hard for your position while giving up little to the other side. I did it that way for years until  I looked into my success stats. Guess what – I found out that my stats were miserable! My stats were miserable as I only won 10% of the deals that I negotiated. I was loosing money!

I started to do the math on my Lead Cycle to see what it was costing me to get a deal in the door.

It was costing me $3,600 to get to a deal on table. This excluded all the other costs that occur thereafter i.e. attorney, home inspection, environmental inspection etc. That is a lot of money lost if I could not close a deal due to some issue that arises at the time of attorney review or inspection period.

Being the analytical type, I started to review where could I actively cost conserve. I first started looking at the traditional cost savings parts of the marketing funnel i.e. cheaper marketing vendor or bigger bulk of mailing list to bring the cost down. The savings associated with these parts were not substantial enough for me. Then I started to look closely at items that I could control better and the biggest part that was directly influenced by my skills set was the Close Rate.

My close rate was directly influenced by my ability to negotiate with seller/buyers. I started looking through various websites and publications to better understand the science of Negotiation. I stumbled onto the Harvard Negotiation Project website which has great articles, strategies, and tactics on how to become a better negotiator along with the book Getting to Yes by Roger Fisher. Based on these two sources, I started developing a win-win oriented negotiation framework that has served me well for the past year.

The goal of the framework is to help create win-win agreements for both parties while avoiding positional bargaining. The framework aims to utilize the lessons from Fischer and other negotiation authors:

This framework has helped make me a better negotiator and, in turn, improved my close rate.

Do you have any negotiation tips or tactics that have worked well for you? Share them in the comments below so that we can all benefit from them.

Mark Ferguson
I really need to start lead generating! I have been successful using MLS and other auction sites, but I keep hearing about lead generation as the key over and over,.

Karen Rittenhouse
All you really need to do is focus on them rather than on yourself. What is their need? How can you solve it? We’re in the problem solving business.

Page
I really could have used the tips from #5 recently on positional bargainers–better late than never. Approaching all types of negotiations from the position of getting the best solution for both parties is always the way to go.

JGalt
When communicating, it’s easy to get caught up in confrontation, esp. when tensions are high and you can get baited into conflict. Search for info on verbal akido, it’s a good technique to achieve the art of gentle persuasion and communication.

Shaun
Great tips on how to develop rapport and find win-win solutions. The #1 key to being a successful negotiator is to be willing to walk away from the deal. I think this somewhat is the idea of your BATNA, but I think generally the BATNA has to be basically “I don’t get the deal and I don’t really care if the terms don’t work for me.”. The power of the other side knowing if you can’t find a good solution you will let it go is remarkable!

Page
Great point Shaun. The more I learn about negotiating in real estate, the more important the emotional disconnect becomes.