Making Money Investing In REO’s [From Both Sides!] 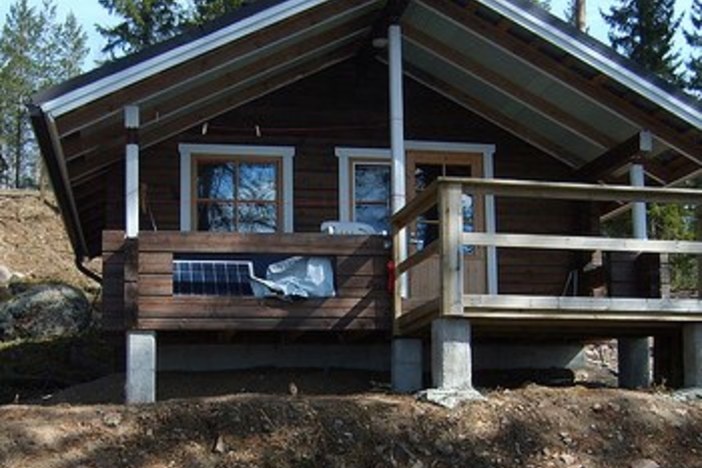 It was several years ago when I first started pursuing REO properties for an investment. REO stands for Real Estate Owned and it's a banking term for property that has been taken back by the bank after foreclosure. Most larger banks have large departments for REO and can have a significant portfolio of recently foreclosed on homes that it then puts on the market with an REO real estate agent. These agents usually get certified to sell REO and that's often their main focus or specialty.

Why Invest in REOs

I began investing in REO properties because, as a Realtor, I focused on selling property to and for real estate investors, and one of our popular sources for deals was REOs. I liked REOs because they were usually easier to obtain than HUD houses, which were usually overpriced, beat up, and catered to owner occupant buyers.

The REO Agent is your friend…

So who is this REO agent? The guy I work with is a pretty good friend and colleague that I’ll call “Cousin Vinny”. You notice I said “friend?” It’s not a bad idea to become friends or at least good acquaintances with an REO agent. These guys are a special breed of resilient Real Estate agents. Their business is based on volume, thin margins, and getting things done. Nobody is busier in Real Estate than these guys. Banks are cheap after taking a loss on their foreclosure, and it almost feels like they’re taking it out on their listing agents.

As a buyer agent bringing the buyer to the REO, I often was making a much higher commission than the REO agent. These guys sometimes even have to put up money to pay for the bank’s expenses and have to wait until later to get reimbursed. So you might be thinking, “Why do they do it?” Volume is one reason. Another is that listings draw other buyers, and if they don’t buy the REO they could flip the new customer into another property. If nothing else they usually have a large buyer’s list where they hope to get more “double bubbles” (Listing and Sale Commissions combined) to offset the normally lower commissions paid to them by the bank.

How to Bid on REOs

Like HUD, investors have a different set of rules to follow for bidding on REO’s. For example, banks usually want a larger deposit than what is required from an owner occupant. They also like cash offers, “as is” with no repairs, plus proof of funds, and of course they like to close quickly. Really, it’s all about what the banks will “NET”! Did I say, “NET”? Yes, I did. Have you ever heard of an REO agent say there’s multiple offers, give me your “highest and best”? (I think Cousin Vinny said this even if he didn’t have any offers, but that’s another story…)

Another expectation is that the bank is slow to respond to your offer. Why? Because they want more deals to come in so they can have more of an "auction-like" environment. Another technique I used when acquiring REO property or even other properties, was I would make an offer that was "cash, as-is, will close in 30 days" to beat out all the other competitors, but I would come to the closing table with a mortgage. Even though I brought a mortgage, I still had proof of funds so if the mortgage didn't go through I could pay cash. This is one of the best ways I've found to beat out other bids.

What Can You Do to Get More REO Deals?

For one, it's all about the net. When I was a contractor and an active Realtor, I averaged about $30K a flip. So I would take Cousin Vinny to lunch, find out what's coming down the pike, check out the inventory, and I would have cash to close. He would never have to show me the property.

In fact, I’d do all the Realtor work and paperwork for him. In fact I’d help him any way I could, even by giving him my commission on both sides of the deal if that’s what it took. You’re probably saying to yourself, “WHAT!?” But it’s true, and it was one of the best techniques I’ve ever used in getting a property.  I’d often not take a commission from the bank side to give them a higher net in cases where there was multiple offers. Guess why? It’s all about the NET not the highest price. Who cares about a lousy commission when the real money is in the flip?

The last tip is that I always had better luck using the bank's title company. I even owned a title company for 8 years, but I still used the bank's. Here's why: it's no fun cleaning up a banged-up foreclosure title, and those title shops are good at it. If your title company doesn't close on time, you'll be charged a per diem penalty (could be at least $100/day) but if their Title Company is late there's no penalty. You can also get a cheaper rate on the title policy because they had just done all the work (sometimes I've even gotten it for free!). Don't over think this part; just be sure to check what type of Deed you're getting.

The title of my article says “making money in REO’s from both sides,” so what does that really mean? Well, fast forward a good 10 years and instead of looking to find a one-off REO to rehab, I now “am the bank” (via my note buying company), and we literally sell off 100’s of REO’s nationwide through our own network of REO agents. Who knows… maybe you’ll be buying one of mine someday using these very same techniques!
Photo: pic2u

Mark Ferguson
Good article Dave, I am an REO and HUD broker as well as an investor. Many agents think our job is cake and we get paid to do nothing. HA! Fronting bills on utilities and repairs are nothing compared to the weekly inspections, BPOs, monthly status reports, submitting 20 offers on one property and keeping track of different policies for 30 different banks and asset management companies. More than a couple times I have been burned for thousands in repairs on one property because invoices were not submitted correctly. HUD is a while different game and I love it! No fronting expenses, no repairs, 3% commission and offers go through HUDHOMESTORE. We still have all the inspections, reports and BPOs, and training. The nice thing is the standard procedures that rarely change unlike the banks. Sometimes I wonder why I go through all the brain damage on REOs.

Pierre A. from Queens, NY
Good tips! Is there any penalty for bringing mortgage to table and not having proof of all cash?

Kevin Vest from Dixon, California
Pierre Armand No penalty for using a mortgage instead of cash. If you provide proof of cash when making a cash offer you’re letting the seller know that you are able to close without any financial hangups because you can pay in cash. With a mortgage there can always be a slight chance for a last minute surprise and the deal won’t get funded so the seller has to restart the listing process = wasted time/money for the seller. Hence the reason cash offers are more appealing to sellers. With a cash offer you can still bring a mortgage option BUT if there’s a last minute surprise and the mortgage doesn’t fund then you’re obligated to pay cash… or lose deposits/earnest money.

Cora Kemp-Epps Real Estate Professional from Oklahoma City, Oklahoma
Really enjoyed the article Dave. Is there not a conflict of interest acting as a Realtor and investor?