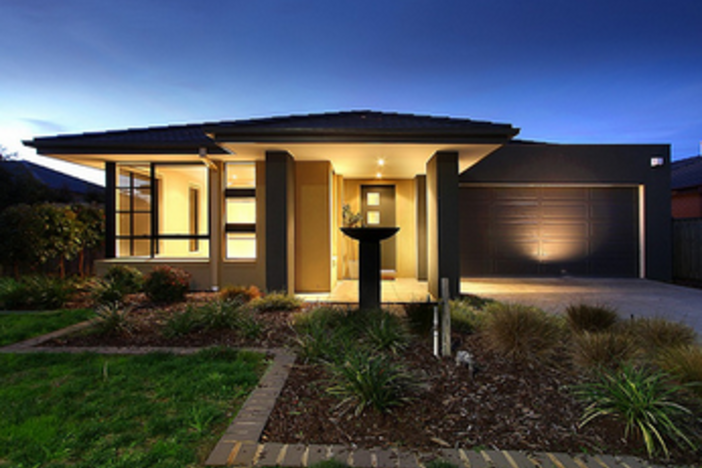 There's been a persistent trend throughout the past two quarters of overseas investing bodies making strong moves towards American real estate. As I noted in a prior post, the newest sources of interest have come from Chinese buyers in particular, with both private investors and wealth funds allocating extra capital to commercial property in economically healthy metros.

However, it appears that certain European entities have recently set their eyes on American property as well. According to a recent Wall Street Journal report, German investors have become increasingly set on securing real estate holdings throughout the United States. However, contrary to the purchasing patterns of Chinese investors that emphasized commercial property, German buyers are much more focused on residential acquisitions.

As the Wall Street Journal story elaborates, the upsurge in German interest in American residential property has as much to do with the value growth outlook as it does with a secure alternative to Eurozone investments. Germany had the good fortune of remaining continental Europe's economic stalwart throughout the recession, and was instrumental in bringing the Eurozone back from the recession. That being said, there's widespread national apprehension that Germany's local economy will lag along with the that of greater Europe. America's economic independence, and the resilience of its hard assets like high-demand property, has made it a much more appealing alternative to shakier Eurozone-based investments.

As the Wall Street Journal outlines, German home investment still only represents a fraction of overseas purchases. Nevertheless, the diversified roster of countries seeking safe investment have in the United States bodes well on two levels. The first of which is that it injects a diversified source of capital into the American real estate market, a welcome boon that paves the way for price stabilization. The second major takeaway seems the emerging consensus from non-U.S. analysts that American real estate investments are exceptionally stable.

Despite concerns that market trends might portend a future bubble, America’s urban property in particular seems set for gradual value gains. As is the case with other major foreign buyers, Germany’s market focus seems centered on big cities, with the northeast and mid-Atlantic regions predictably popular. However, as the Wall Street Journal report notes, German buyers have taken an unexpected interest in property throughout the Fort Myers and Cape Coral regions in Florida. It seems particularly enterprising German buyers have begun purchasing and flipping houses throughout various regions along the East Coast, a pattern that America's more lenient tax laws make particularly appealing.

Jim Pratt
As you pointed out overseas investors are buying US properties, usually for cash, because of our stable markets and growth potential. The only problem I have is like the big Hedge companies, they pay top dollar, driving prices up. Great for sellers, bad for us smaller investors. The richer get richer syndrome.

Melodee Lucido
Thanks Harrison. Timely article!! My task this week is how to find the foreign investors that might be interested in properties I have in 4 different states. I talk to investors that have foreign buyers ( so they say) but the statement seems to fizzle when I ask what they like buying. Maybe these foreign investors are held close to the heart and a closely guarded secret lol. Jim, there will always be enough good deals out there and we don’t have to worry that these investors (foreign and hedgies) will take away our wealth. Lack and limitation thinking brings frustration and stagnation—-it’s a saying I put above my desk so I remember it everyday : >

William of Orange County
The increase in German investors is quite noticeable here in Orange County, CA, and as a German-American, I welcome it. I’ve even decided to brush up on my German language skills.

Christine Patz
There was a recent NPR story of Brazilians coming north for shopping and also buying condos. (See: http://www.npr.org/2013/08/14/211890369/brazilians-help-shape-miamis-condo-boom) Since Florida’s market was hit so badly, I’ll be the optimist and say this will help the overall economy.

lisa
It makes sense. The more countries’ govt go after the wealth of its people through higher taxes, the more american real estate market looks great as a hedge. It also makes it easier to obtain Visa and visit, based upon business travel….Which is a really important aspect if you’re from a country where its difficult to obtain a Visa.

Wasay Kamran Waraich
When a decision to buy a property in Turkey has been made, Maximos real estate sets an official sales contract is drawn up and signed by an English speaking lawyer. The buyer gives power of Attorney to the Lawyer to let him/her look after all the legal procedures. The lawyer checks that the property is secure and if required can contact and cooperate with the buyer’s foreign lawyer. The lawyer follows all the procedures and secures the rights of the buyer until the Title-Deed is transferred to the buyer’s name. It takes about 6-8 weeks to transfer the Title-Deeds to the buyer’s name. The lawyer’s services will cost about 1 % of the property value.