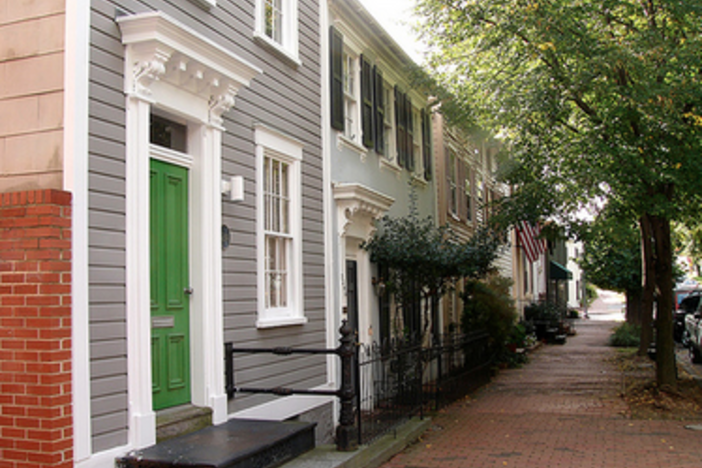 Washington, DC has long spearheaded the national housing recovery, with the DC metro region comprehensively reporting a lower rate of underwater mortgages as well as a healthy momentum in home sales. The Beltway economy also recuperated with a health that outstripped most other major American cities, and exempting the Sequester, job growth and overall job security have remained steady. The area’s active professional culture and elevated income for the housing-beleaguered 20 and 30-something demographic have helped surmount the difficulties faced by realtors in much of the country.

However, as a new article in the Washington Post notes, inventory restriction has emerged as a mounting problem for the DC housing market. The late summer is typically a slow selling season around the Beltway, and home closings predictably decelerated throughout August. As the Post details, there’s a chance that this may have been fostered by inventory significantly lagging behind regional demand. As a general economic equation, the pattern of demand dwarfing supply tends to elevate product (in this case, property) prices, which could yield possible instability in the form of homes become increasingly unaffordable.

This is not to say that DC’s housing market is anywhere near a doom-and-gloom scenario. The situation seems substantively more risky throughout the San Francisco Bay Area and greater Los Angeles, with the latter especially troubled. The Washington Post release details that the year-over-year sales for the month of August increased by a gentle 9.5%, which is far from a plummet. However, active listings of single-family homes are at an eight year low as of the close of August, which is a problematic trend considering that demand may persist.

DC’s situation is parallel to what’s occurred in many popular metros – buyer demand has accelerated with such speed that it’s put a strain on the housing market as a whole. The stagnancy of the post-2007 housing market was broken by a release of pent-up demand in 2012, and has occurred unabated in some areas to the point that it has ceased being an economic stimulator and teetered closer towards being a destabilizer. The Post report notes that this has caused anxious buyers to snap up homes quickly before they become unaffordable, which has only further risked driver up home prices.

Ultimately, such patterns risk creating economic “choke points” where prices rise so quickly that they exclude many potential buyers. Millennial and young gen-x homebuyers are among the most sought-after purchasers, but are also the least financially established. Whenever a local housing market reaches the point where it’s unfriendly to young buyers, it reaches closer to a point where recovery might stagnate or outright reverse.

Alison
Hi Harrison, DC is my primary market and I am out looking at, pricing, and making offers on housing every day. My personal observation is that it has indeed been a tight market for MRIS- listed properties for the last 6-8 months. I have seen a slight slowdown in the past 2 months which is a relief to me, for the reasons you and WAPO cite. That said, I made the strategic decision to wholesale rather than fix and flip while the market was climbing because I didn’t want to get stuck with half-renovated inventory on my hands if it fell just as quickly. I also realized that it was pointless to make offers on MRIS listed properties right now and have relied only on my own marketing to find deals. I did put in an offer on something off MRIS last week for the first time in a while, and my contract is one of 20 the seller is now reviewing. Sheesh! Good deals are still out there, just not on MRIS.

Russell Brazil Real Estate Agent from Rockville, MD
A couple years later and now there is a ton of inventory, which has slowed price growth