What NOT to Learn from Bobby Fischer about Real Estate Investing 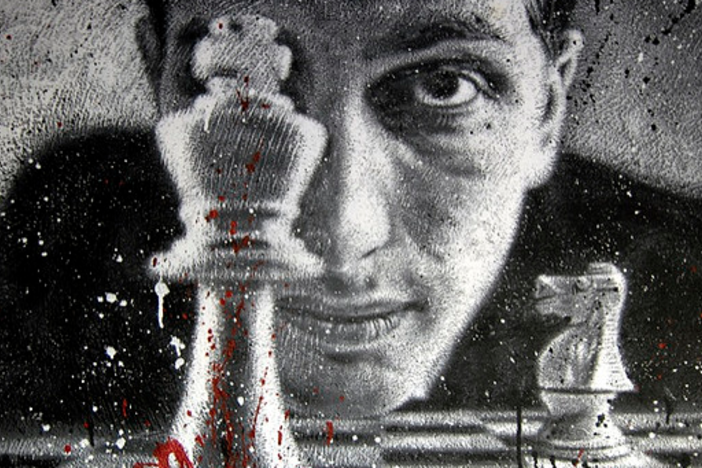 Growing up I played chess.

I was never any good, but I was the “proud” member of the high school chess team.

As an homage to my geeky past I recently picked up a biography of the best chess player to have ever sat at a board, Bobby Fischer.  In the early 70’s he became a symbol of the Cold War and ultimately took the title of World Chess Champion from the Soviet Boris Spassky.  Unfortunately, the remainder of his life was a story of failure.  Let’s discuss some of his mistakes and how they can serve as examples for us real estate investors.

Fischer rose to international fame in the years leading up to his 1972 World Championship match.  Understandably, he attempted to parlay this into a financially secure future.  He put the word out that he had a strong profit motive and hundreds of offers poured through the door for sponsored matches, speaking engagements, and private lessons.  The typical celebrity would take this new wind fall with a grain of humility and pick and choose which to accept based on their prestige and compensation.

Bobby Fischer was not a typical celebrity.  When an offer came in he viewed it with disdain and sneered at the “low ball” offer…even when he was being offered millions of dollars.  He countered everything by countering at double, triple, or even quadruple the initial bid.  Interestingly enough, this drove away potential business partners.  In fact he only ever played one more paid match in his life: in 1992, 15 years after being crowned World Champion.

Why?  There are any numbers of reasons: greed, ego, psychological issues, etc.  Regardless, his need to squeeze every penny hurt both his net worth and his reputation.

In any business, but especially in real estate, this strategy doesn’t work.  Everyone is in this to either make or save money, and you have to accept that.  Whether it’s a broker looking for a commission, or a tenant looking for a reasonably priced place to live, if you get too greedy you’re going to lose in the long run.

Reminds me of a country saying: “Pigs get fat but hogs get slaughtered.”

Don’t Give in to the Fear of Failure

Even when Fischer was at in his prime, he found fault with everything.  He wouldn’t play if there was a single camera, if people could see the board, or if the commencement interfered with his 1 PM wake up time.  Looking back at the events, we can make a solid argument that many of his actions, or more specifically refusals to act, were driven from fear.  He was so worried about not living up to the immense pressure he was under that he found any excuse not to do anything.

This fear of failure is no stranger to the real estate investor.  Pulling the trigger on a deal can be hard.  Is this the best price?  Can you lose money?  What if the tenant skips?  What if there is a fire?

These are all reasonable questions to ask, but they should be things you allow for…not things that keep you from doing anything.

Don’t Pick a Fight with the Government

Fischer lost a court battle early in his life and became so disenfranchised with the US Government that he refused to pay taxes ever again.  To make matters worse, his 1992 match netted him millions of dollars,but it was played in Yugoslavia, a country under a United Nations embargo.  When he received a cease and desist letter from the US Government prior to his match, he famously spit on the notice during a press conference.

There’s a time and place for civil disobedience, but think hard about the implications before taking any action.

The end result for Fischer was years abroad living in fear, which ended with a nine month detention in Japan, revocation of his US citizenship, and fleeing to Iceland (after a dozen other countries rejected him).

Not to mention a prolonged legal estate battle between the US government and his heirs that has not yet been resolved.

In our industry, the options aren’t near as grandiose: pay your taxes and don’t break the law.  It’s pretty easy for the government to find you when you own real estate.

Long years and of training and dedication propelled him to the top of the chess world, and that’s admirable.  We should all hope to be that good at anything.

It’s a shame he made such egregious mistakes in the other parts of his life.  His greed, fear of failure, and poor fight selection pushed him down a road that ended with his living in Iceland without friends, family, or money he could access.

All humans are flawed, historical figures no less so.  If you’re looking for a role model, you could do worse than Bobby Fischer, just be careful which attributes you emulate.

Martin Cortez
Excellent observations, and I would add one more character flaw: Pride. We’re not talking about the feeling of accomplishment that is healthy and necessary to a fulfilling life, but the bloated, egotistical and undeserved thoughts of superiority. Ask me how I know… I’ve been there. In fact, I believe it is a major reason why I am now in my (temporary) hiatus from real estate investing. As the saying goes… “Pride comes before a fall…” I am definitely paying for my pompous mistakes and I hope I am a better person for it. We can all learn from the Bobby Fischers of the world.

Keith Weinhold
Thanks, Kenny. I really enjoyed that. It’s a big-picture takeaway one can apply to both life and real estate. You write well.