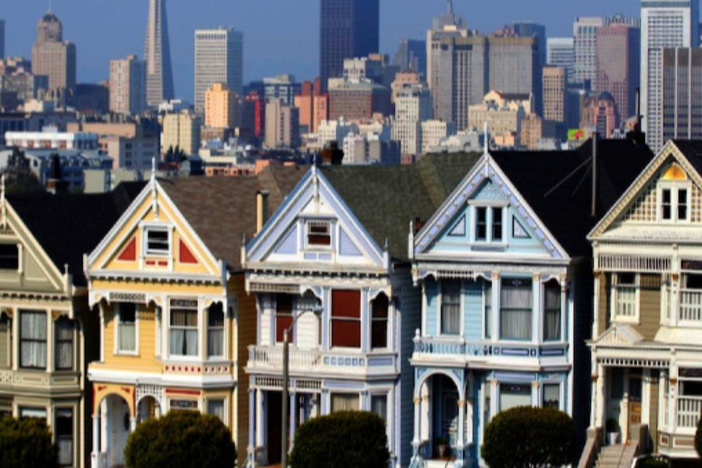 As I’ve noted in prior posts, housing market prices are marked by strong regional disparities. Most of these differences in price are directly tied to the strength of local economies and job markets – high-earning, fiscally stable regions attract a professional class that gradually elevates the price of real state. Or, in some cases, not so gradually.

California real estate in general tends to carry a hefty price tag but San Francisco, in particular, seems to be experiencing and unimpeded spike in value. According to a new report from the New York Times’ “Bits” blog, the area is experiencing its own odd sort of housing crisis. Citing a recent transaction in the city’s Glen Park neighborhood, a house that was put to market at $895,000 was finally purchased at $1.425, a solid $530,000 above asking price. As the New York Times story notes, this is far from an eccentric example – the combination of young, highly compensated tech employees and intense demand for limited property has caused local real estate prices to skyrocket.

Granted, this is not a recent phenomenon. San Francisco juts out on a geographic peninsula and, unlike Seattle to the north and Los Angeles to the south, the nearest suburbs are either to the city’s south or far across its bay and accessible only by bridge travel. The New York Times story notes pointedly that more wealth is concentrated in the San Francisco Bay area than most anywhere else in the country.

The combination of geography and a phenomenally wealthy tech sector has led to an unceasing climb in real estate prices. In terms of demographic specifics, the New York Times report details that while 75,000 residents have moved to San Francisco, only 17,000 new housing units were built over the same timeframe. The consequences? Anywhere from 60 to 80 percent of San Francisco homes are selling above the asking price.

So, What’s the Outlook?

Ultimately, it’s great for realtors and sellers, and potentially miserable for long-term residents and anyone seeking to buy. The duality of limited space and heavy demand from high-earning buyers will likely jack up the prices further, and there’s little sign in the immediate that this bubble will pop. The supply-demand fundamentals and regional complexities seem too ingrained for there to be much in the way of price easing.

One of the other complexities is that in terms of buyer demographics, it’s turning San Francisco into a one-industry city. As far as residents go, only those involved in the high-paying tech sector can actively compete in the purchasing market. Many other residents whose profession and pay grade might make them feasible buyers in other cities – we’re talking teachers, government employees, even research scientists – are being forced to look elsewhere or relocate entirely. The long-term consequence of this is that if and when the tech bubble bursts, the housing market may ride along with its crash.

Kevin Yeats
Ah yes … the forces of supply and demand in action. Thanks Harrison.