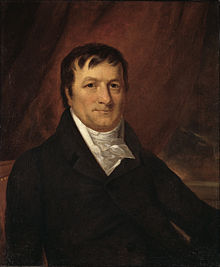 Have you ever heard of John Jacob Astor?

A couple hundred years ago, this guy was kind of a big deal.

Astor was one of the earliest (and most successful) businessmen in America. He was a merchant, fur trader and real estate investor who became the first multi-millionaire in the United States. In 1799, Astor acquired several tracts of land in an area that is now known as New York City (perhaps you’ve heard of it?). This guy had the foresight to predict a major economic boom and fortunately, he had the means necessary to acquire this land at a time when nobody else saw the opportunity.

“His estimated net worth, if calculated as a fraction of the U.S. gross domestic product at the time, would have been equivalent to $110.1 billion in 2006 U.S. dollars, making him the fifth-richest person in American history.” (Source: wikipedia via forbes)

That time has come and come. We can’t find those kinds of deals any more – can we?

Take a look at these various real estate markets around the world and you tell me – do you think it’s still possible to buy real estate in the path of growth? Which markets do you think will follow this pattern over the next few decades?