Loss To Lease: The Definitive Guide 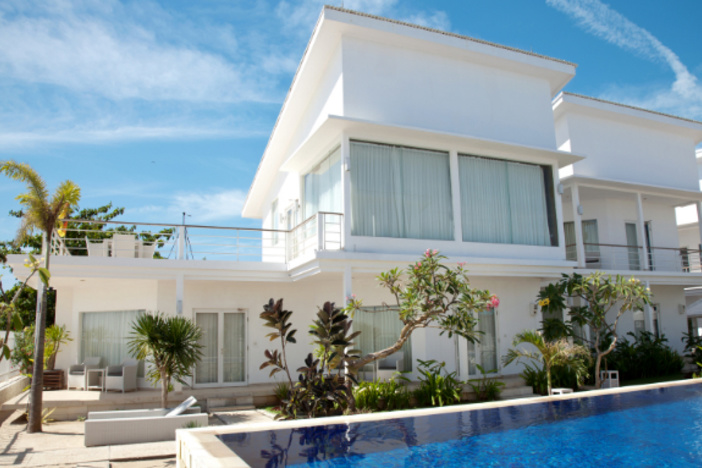 It seems that a lot of what I’ve written on this blog lately has been sort of “liberal arts” in nature – considering the “big picture” philosophy more, and teaching you the minutia less.

I don’t feel bad.  First, it’s not fun for me to write about numbers – been there, done that.  And, as you know, life revolves around me, and as such I write about stuff that matters me.

And secondly, the numbers don’t really matter…  Let me say that again – numbers don’t matter; perspective is what matters.  If you disagree with this, then you are either too young, or too stupid (or both, in which case it’s OK) to know any better.  Grow up and wise up – you’ll thank me later!

Having said this, there are times when numbers are more about perspective than numbers, and I don’t mind writing about those kinds of numbers.  The topic for today is the all-mysterious concept of Loss to Lease.

This term doesn’t get tossed around very much.  Why – because while we kinda all know what it means, most people’s understanding is very uni-dimensional and lacking in-depth perspective. Thus, let’s define the term, and consider some of the perspective…

Follow me guys – while this varies because everyone does the numbers differently, but typically there are 4 types of rental numbers that we look for as part of the underwriting process:

Well – keeping the above in mind, Loss to Lease is generally thought of as the difference between #2 (Most Recent Actual Rent T3) and #4 (After-repaired Market Rent), represented as a percentage. Essentially, T3 defines for us the market of the units in as is condition, and Loss to Lease is the difference between that and what we think the upgraded units will rent for.

Now – obviously there is a slight problem with that, because a lot of the rents in the building might be even lower than the T3 rents.  This can represent additional and different opportunity. Let’s talk about this:

We walk the units with our property manager, and all agree that very likely the current condition of the units depresses rents. In fact, we think that having spent $2,500/door we'll be able to bring-in rents of $725.

Thus, if we juxtapose the most recent lease-ups of $650, which prove current market for the units in as is condition, to the AR Market Rents of $725, which we think is possible, we realize that the current owner id loosing $75 per door per month, which is a bit under 10% Loss to Lease.

Furthermore, since a lot of the leases are lower yet, we know that more upside exists.  And what is the opportunity?

Of course we spent $2,500/door to get the building to this point, which means that the actual profit margin only $325,000 in this case (actually more, since some of that $2,500/door presumably came from re-invested cash flow). Your investors will think that you walk on water 🙂

The above example showcases pushing of the top-line revenue by improving quality of units, which is a classic example of Value Ad Expandability transaction.

What if the market does not support higher rents?  What if even having made the extensive upgrades to the units, we can only generate rents of $650, which is what the latest lease-ups establish as the market…?  What if $650 is the top-line as far as the market is concerned in this location?

Well – in this case the value ad is simply a function of bleeding off the loss to lease; not as sexy, but works well, requires potentially less capital, and is easier to do.

This means that even if we can’t push rents any higher than $650/door, we can still capture about 6% of Loss to Lease simply by bringing rents to the existing market – right?

In this case, poor management and lacking marketing are the likely issues.  We know based on T3 that there is no push-back at $650 rent, therefore unless these T3 rents are for units in improved condition, the issue is lazy management, and we should be able to fix that.

And, even if some upgrades are required, unlike the earlier scenario which required us spending $2,500/unit to generate higher top line revenue, in this case we can more than likely get away with spending much less (people don’t expect anything other than what’s there for $650) – let’s say we spruce things up a tad bit for $800/unit.

Additionally, there is the little thing called vacancy that needs to be a concern.

Why – because any time we raise rents there is risk that the existing tenants will want to move.  In the first example, we had made an assumption that by improving the units we would be able to generate more rent revenue.  However, we would need to off-set that assumption with additional vacancy, since the current tenants are not likely to qualify for additional $75 of monthly rent.

Related: How to Maximize Revenue While Minimizing Vacancy in Real Estate

In the second example, however, we are achieving much better returns due to a much lower investment level, and we are doing so by raising rents to an already proven price-point of $650.  This is psychologically much easier to handle for the tenants, and our expected vacancy, therefore, can be much lower.

Not unlike you I used to be young and stupid and only look for those opportunities where I could force the top-line rents.  But now I am old (at 38) and wise, and I realize that there can indeed be an easier and more effective way.

In actuality, most good opportunities are some sort of a blend of the above.  What complicates the Lease to Loss story is the all-important Vacancy Rate, which inevitably enters into the equation in most areas of the country.

However, understanding the “story” of Loss to Lease does indeed hold the key to the kingdom.  OK – this key only opens 1 door out of 30, but that’s something…

Would you add any additional insight?

Amol Dewhare from Dublin, California
Rocks Ben. Spot on. What an interesting analysis and the beauty is in the ease of explanation. If this is free advice, then paid GURUs need to up the ante even more.

Lynn Currie Investor from Austin, Texas
Thanks for the write-up, Ben.

Theresa Brymer from San Diego, CA
Thanks for taking the time to thoroughly answer my googled question of what "LTL" means. Your explanation was much better than I anticipated receiving! Correct me if I'm wrong, but from what I gleaned, the biggest thing is finding out if (per this example) market rents of $725 are supported, because otherwise it's a much bigger risk and hassle to go down the $2500 improvement road with 36% ROI than the $800 per unit with 50% ROI. The thing the ROIs don't fully communicate is what the increased NOI would do for the sale price. As most large multifamily properties are on shorter financing terms, looking to sell or refi within about 5yrs, the increase in sale price based on further increasing the rents seems like an important number, again assuming that the higher rent of $725 is a realistically achievable number.

Ben Leybovich Rental Property Investor from Chandler/Lima, Arizona/OH
You read it absolutely right on. Take it from there :)