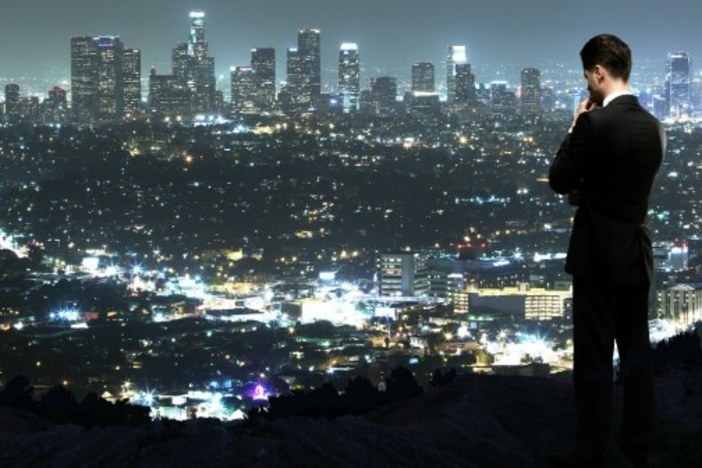 In Pixar’s wonderful film Up, the main characters find themselves amongst dogs who have collars that translate their thoughts into English. The thoroughly insightful dog Doug explains then explains to them how “his name is Doug” and he has “a good and smart master who made this collar so I can talk” and then “SQUIRREL!”

Doug immediately loses track of what he’s talking about and stares off camera at the squirrel for several seconds before returning his attention to our protagonists. And this joke is repeated throughout the movie to great effect.

Unfortunately, many real estate investors and other business owners might as well be yelling "SQUIRREL!” at every perceived opportunity that crosses their desks. This is the dreaded Shiny Object Syndrome, which has sunk many a great investor.

For example, while we have been fortunate enough to be successful in real estate investment, we have also drifted off course from time to time. One time we bought several semi-trucks to open a small trucking business on the side, despite having almost no knowledge of the business. And of course, it failed miserably. One real estate investor I knew decided to open a car wash out of the blue. It didn’t work.

Related: One Proven Piece of Advice to Improve All Your Investing Decisions (The Buffett Series)

Indeed, I’ve seen real estate investors move from one investment class to another to another without ever planting a firm foundation in one niche (you know, where the riches are). These investors always seem to be doing something interesting that makes for great conversation, but they also tend to do little more than tread water, financially speaking.

All too often, those perceived opportunities are little more than distractions. Doing the same thing over and over again may sound boring, but it can sure be effective.

There’s a lot of empirical evidence that dabbling in many different areas is less effective than focusing on one. In Jim Collins’ most famous book, Good to Great, he looked at 11 companies whose stocks performed at or below the market for 15 years before a transition, which saw them beat the market for 15 consecutive years by at least a factor of three. He then compared them to 11 similar companies that made no such transition. One of his team’s key discoveries was what he phrased “The Hedgehog Concept.” The term comes from Isaiah Berlin’s essay, “The Hedgehog and the Fox.” As Collins describes it,

“The fox knows many things, but the hedgehog knows one big thing… Berlin extrapolated from this little parable to divide people into two basic groups: foxes and hedgehogs. Foxes pursue many ends at the same time and see the world in all its complexity. They are “scattered or diffuse, moving on many levels”… never integrating their thinking into one overall concept or unifying vision. Hedgehogs, on the other hand, simplify a complex world into a single organizing idea, a basic principle or concept that unifies and guides everything.” (Good to Great, pg. 90-91)

To put it simply, the great companies Collin’s studied implemented The Hedgehog Concept, whereas the comparison companies acted like foxes. For example, Walgreen’s (a hedgehog) drove fanatically to create convenient drugstores and nothing more. They went so far as to close down a Walgreen’s store in a good location and open a new store “if a great corner location would open up just half a block away” since corner lots allowed customers to “enter and exit from multiple directions” (pg. 92), and were thereby the most convenient.

The comparison company to Walgreen’s was Eckerd, who by contract, “…compulsively leapt at opportunities to acquire clumps of stores – forty two units here, thirty six there, in hodgepodge fashion with no obvious unifying theme” (pg. 93), while also throwing itself into the home video market and other industries. Walgreen’s flourished, while Eckerd floundered.

Indeed, in my previous article that recommended expanding at a slow and deliberate pace, I referred to Bank of America in the 1980’s, which diversified and expanded at a break neck speed, only to wind up with “…some of the largest losses up to that point in banking history” (How the Mighty Fall). In that article, I highlighted the foolishness of the speed at which they expanded. And while that’s true, the problem also included the variety of different things they were trying to do all at the same time. Bank of America expanded too quickly and in too many directions.

Collins found that companies that stagnated diversified and expanded on a whim, whereas those that succeeded pursued growth in the intersection of a Venn diagram with three circles including:

1. What you are deeply passionate about,

2. What you can be the best in the world at, and

I’ve seen this process repeated over and over again. John Maxwell discusses the same thing in his book The 21 Irrefutable Laws of Leadership. Rule 17 is the Rule of Prioritization, and he notes how Jack Welch took GE to unprecedented heights when he made the company focus on what it was best at, rather than dabble in a little bit of everything. As Maxwell notes,

“When Welch assumed leadership of GE in 1981, it was a good company. It had a ninety year history, the company stock traded at $4 per share, and the company was worth about $12 billion, eleventh best on the stock market. It was a huge, diverse company that included 350 strategic businesses. But Welch believed the company could become better. What was his strategy? He used the Law of Priorities.” (The 21 Irrefutable Laws of Leadership, pg. 181-182)

Jack Welch summed up his approach as follows,

“To the hundreds of businesses and product lines that made up the company, we applied a single criterion: can they be number 1 or number 2 at whatever they do in the world marketplace? Of the 348 businesses or product lines that could not, we closed some and divested others. Their sale brought in almost $10 billion. We invested $18 billion in the ones that remained and further strengthened them with $17 billion worth of acquisitions.

What remained [in 1989], aside from a few relatively small supporting operations, are 14 world-class businesses… all well positioned for the ’90’s… each one either first or second in the world market in which it participates.” (pg. 182)

“Since [Welch] took over, GE’s stock has experienced a 2 to 1 split four times. And it trades at more than $80 per share as I write this [in 1998]. The company is currently ranked as the nation’s most admired company according to Fortune, and it has recently become the most valuable company in the world, with a market capitalization of more than $250 billion.” (pg. 182)

Warren Buffet’s first rule of investing is “if you don’t understand it – don’t invest in it,” which kept him out of the dot-com debacle of the late’ 90’s. And it’s simply impossible for us, with our limited time and resources, to fully understand everything. Buffet highlights this by quoting the economist John Maynard Keynes,

“It is a mistake to think that one limits one’s risk by spreading too much between enterprises about which one knows little and has no reason for special confidence. One’s knowledge and experience are definitely limited and there are seldom more than two or three enterprises at any given time in which I personally feel myself entitled to put full confidence.” (The Essays of Warren Buffet, pg. 83)

Now with regards to passive investing, Keynes is surely wrong (personally, I think he was wrong about quite a lot, but that’s another matter). Placing your money in an index or mutual fund absolutely “limits one’s risk,” although the returns will be marginal. But we’re talking about active real estate investors here, which is a vocation. And diversifying one’s vocation is absolutely nonsensical. Everything we do comes with an opportunity cost, namely, by doing X, we cannot, at the same time do Y. And the amount of time and energy required to master something is quite substantial. Malcolm Gladwell estimates it at 10,000 hours in his book Outliers. And while that figure has been challenged, it undeniably takes a long time, and the mistakes one makes early on can be very costly. Ask any real estate investor and they will tell you this.

Being a jack of all trades and a master of none is no way to build a great business or become a great real estate investor. The dreaded shiny object syndrome is one of the most contagious, fast-acting afflictions in the history of the world, and it must be actively guarded against.

So the next time a squirrel runs by, make sure to just let it go.

Are you tempted by shiny objects as an investor?

Leave your stories, commentary and tips in the comments below!

Dan Shaker from Warren, Ohio
This is a great article, Andrew! I like it when you said Jack of all trades but a master of none. When people succeed on their business what they commonly do is to expand and once they have expanded immensely they get a little bit tired of doing the same thing and of following the same routine everyday and that’s when the desire to move to another type of business comes in. A lot of investors take the risk and for a lot they lose and never get their investment back. Sometimes it gets really tempting to try out new things but it will be better if we study more about it and learn more about that new business than to lose thousands or even millions of dollars just because we get tired of what we’re doing. All kinds of businesses will always be a challenge and serving two masters at the same time can be really hard so I think it will be better if we just expand on things that we know more about than to try something new and fail miserably, I know there is no harm in trying but will it be worth everything in the end? That’s the question that is really hard to answer.

Jason Brown Architect from Tell City, Indiana
I think many of us need to read this article more than once. Myself included. Focus focus focus!

Mason V. Investor
One thing I have been searching for is a way of knowing if you are expanding too fast.

Andrew Syrios Residential Real Estate Investor from Kansas City, MO
I think as soon as soon as you find yourself skimping on important details; due diligence, accounting, etc. is a big sign you’re expanding too fast. 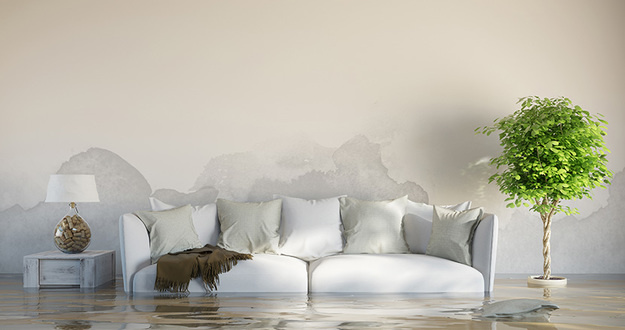 Everything You Need to Know About Commercial Liability Umbrella Policies

A commercial liability umbrella policy gives you extra coverage to help pay costs that exceed your general liability and coordinate gaps in coverage.

END_OF_DOCUMENT_TOKEN_TO_BE_REPLACED 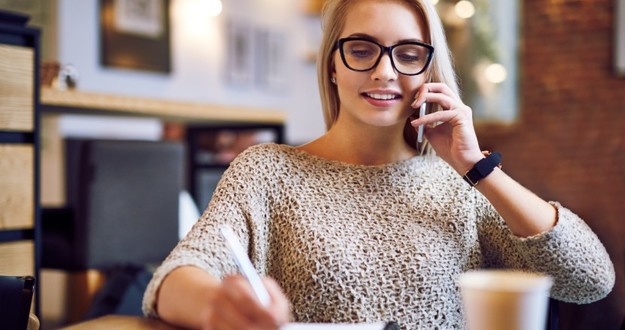 Put Your Business on Autopilot With Virtual Assistants

There are many tasks that are necessary for your business, but don’t need to be done by you. Regain your time with the help of a virtual assistant.

END_OF_DOCUMENT_TOKEN_TO_BE_REPLACED 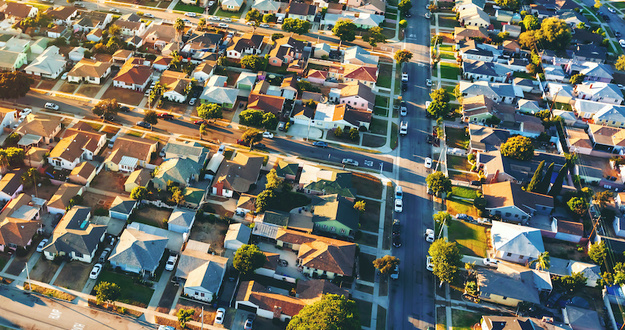 DSTs are still fairly new to the 1031 exchange arena, but they have completely changed the landscape, allowing investors a turnkey exchange option.

END_OF_DOCUMENT_TOKEN_TO_BE_REPLACED 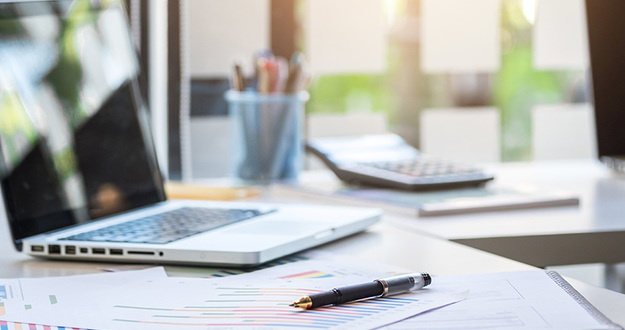 You don’t need to be a professional accountant to have accurate records. Any investor can practice successful real estate accounting by following these five simple steps.